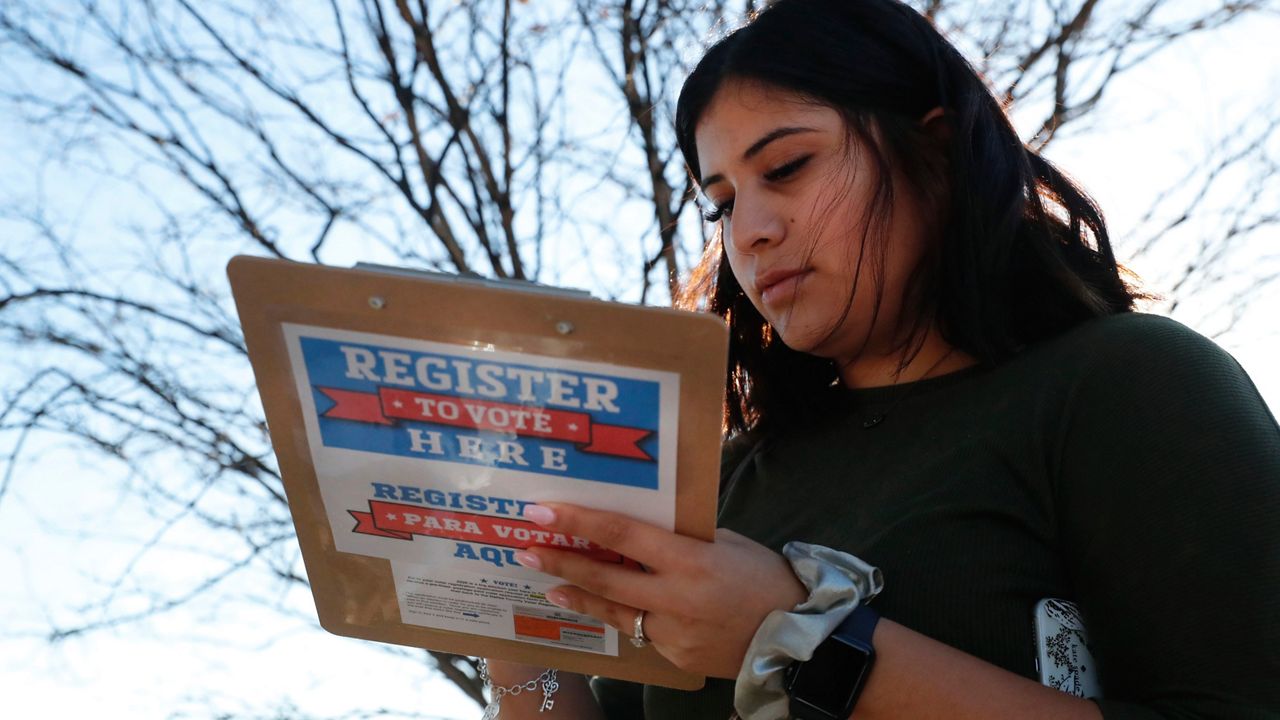 While it’s not clear whether Democrats or Republicans will emerge victorious by the end of Election Day in November, one thing is abundantly clear – the 2022 midterms will be one for the record books.

A recent NBC News poll showed that 64% of voters showed a high interest in voting in November’s election – the highest recorded by the survey in a midterm election dating back to 2006, when they first started polling the question.

That’s six points higher than 2018, which saw the highest midterm turnout in more than a century with 114 million voters, or roughly 50% of the eligible voting population. The 2018 midterms, the first of Republican Donald Trump’s presidency, saw Democrats retake the House of Representatives with a net gain of 41 seats, though the GOP saw a net gain of two seats in the Senate.

Despite its historic nature in terms of turnout, that year’s midterm results were nothing short of typical, one in a long trend of contests where the president’s party typically loses seats in Congress. But the 2022 midterms might defy history, with expectations for a “red wave” slightly tempered, thanks in large part to the Supreme Court’s ruling that eliminated the constitutional right to an abortion over the summer.

Voter registration and engagement in battleground states has surged since the June ruling from the Supreme Court that saw the end of Roe v. Wade – including Pennsylvania, where the battle for the “Keystone State” could be the keystone for control of Congress, Kansas, which delivered a major rebuke to an anti-abortion referendum over the summer, and even deep-red Texas.

But experts say that it’s unclear who all this enthusiasm will benefit – with some polls suggesting that Republican voters are also heavily motivated to vote as well, an effort to deliver a rebuke to President Joe Biden over inflation, the economy and crime.

Just weeks away from the midterm elections, Democrats continue to beat the drum that reproductive rights are on the ballot. Sen. Lindsey Graham, R-S.C., may have added fuel to the flames with his latest proposal, a federal ban on abortions after 15 weeks.

"Abortion is not banned in America,” Graham said in his announcement. “It’s left up to elected officials to define the issue. You have states and the ability to do it at the state level, and we have the ability in Washington to speak on this issue if we choose. I have chosen to speak.”

“After [Democrats] introduced a bill [efforts to codify Roe v. Wade into law] to define who they are, I thought it would be nice to introduce a bill to define who we [Republicans] are,” Graham added.

Despite some support for the bill – it’s co-sponsored by Florida Sen. Marco Rubio, up for re-election in November, and Montana Sen. Steve Daines – his fellow Republicans have largely distanced themselves from the measure.

"I’ve been pro-life and continue to be pro life ... but I think we’ve been through a lot with overturning Roe v. Wade," said Kentucky Sen. Rand Paul, when asked if he could support Graham's bill. "Now that it’s overturned, the decisions and the next step has been returned to the states ... I think it’s better to look at this each state individually."

“I would keep an open mind on this but my preference would be for those decisions to be made on a state-by-state basis,” Texas Sen. John Cornyn said.

GOP Senate Leader Mitch McConnell recently declined to commit to bring Graham’s bill to the floor when asked by reporters.

“I think most of the members of my conference prefer that this be dealt with at the state level,” he said.

But even before Graham’s bill was introduced, abortion rights have been a rally cry for democrats since June. Rep Sara Jacobs, D-Calif., a co-chair of the Red to Blue committee for the DCCC (Democratic Congressional Campaign Committee) says voters she has spoken with across the country are concerned about abortion rights.

“Young people know that this is an issue that is core to our bodily autonomy. And it really is the kitchen table issue,” added Jacobs. “I'm a 33 year old woman, pretty much every conversation I have with my friends is ‘who's going [to] have a baby, who doesn't want to have a baby.’ This is a kitchen table issue for millions of Americans across this country. And we absolutely see that it is driving people out to vote."

Experts agree that reproductive rights are heavily influencing this election cycle. Todd Belt, Director of the Political Management program at The Graduate School of Political Management at the George Washington University, says voters are already using their vote to voice their dissatisfaction with the overturning of Roe vs. Wade.

“It already has turned the outcome of two elections, those being the Kansas referendum, and a special election in upstate New York, [it] looks like this was the difference,” said Belt. “There's a reason why a number of activists on the Democratic side are referring to it as ‘Roe-vember,’ they're getting the people registered. And the next step is to make sure they turn out [to vote].”

An uptick in women registering to vote

With record numbers of voter registrations pouring in, many times it’s volunteers who are helping to register voters or to help file the paperwork.

Kristen Ferrand, a volunteer with the League of Women Voters of Fairfax, Virginia, says she has seen an uptick in women coming to register.

“Since this summer, we've seen a lot of women that maybe weren't participating for one reason or another, that they've become interested in being involved in our government and who is being elected, and what policies are going to be enacted and passed based on our elected officials.” Ferrand told Spectrum News during a recent registration event in Fairfax County. “The voter registration numbers have gone skyrocket for women specifically; we're still working on young voters.”

According to the National League of Women Voters, the organization has been able to register 22,406 youth voters at high schools, technical schools, community colleges, youth shelters, protests, rallies, and festivals in spring 2022. The LWV said it did not have updated numbers on voter registration to share with Spectrum News.

Ferrand said voter engagement is also on the rise.

How will this impact the midterms?

But some experts warn that voter registration does not always equate to turnout. Kyle Kondik, managing editor of Sabato’s Crystal Ball, the University of Virginia Center for Politics’, says Republicans could still walk away from the November election with control of congress.

“Usually what the public will sort of negatively react to and have a referendum on in the midterm is something that the President's party does that they don't like. In this instance, it was an unpopular decision rendered by, you know, a Supreme Court that's controlled by the party that doesn't control the presidency and Congress,” explained Kondik.

“Given the tiny majorities Democrats have [in] both [the] House and Senate. Certainly, you know, certainly we come out of this, and Republicans could have both chambers, just like they hope to have.”

While the RNC has been pulling ad funding in key swing states with big senate races, including Pennsylvania, Republicans still have a much easier path to clinching the House of Representatives. The GOP needs to flip just 5 seats to win control of the lower chamber.

While it may have been an uphill battle for Democrats to maintain control of Congress before the Supreme Court’s decision in Dobbs v. Jackson Women’s Health, Kondik says it will depend on who turnout to decide what party holds the power.

“I think pretty clearly it sort of boosted democratic enthusiasm about voting. I mean, sometimes anger is just a great motivator,” he said. “I think it's also important to remember that it's not elections are not just about base turnout, they’re also about persuasion. And I think there are a lot of Independent voters who may show up to vote who may not approve of Biden, but may not like the Republican position on certain things.”