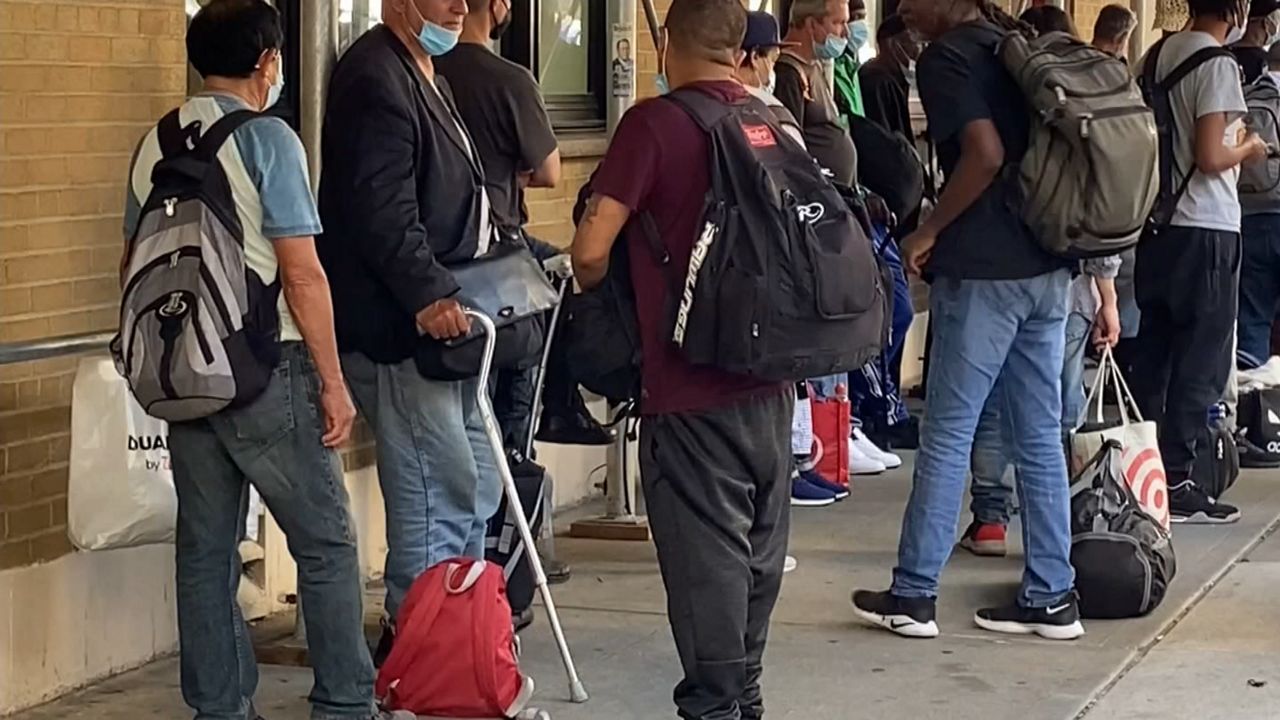 At the Bowery Mission, people seeking emergency shelter get a place to stay and access to mental health supports. (NY1/Lori Chung)

Advocates call for increased support for the city's homeless

At the Bowery Mission, people seeking emergency shelter get more than just a place to stay.

“We focus on the whole person, and so we’re going to be looking at, not only their physical needs, but their emotion and their mental health needs,” chief program officer, Cheryl Mitchell said, at the more than a century old organization.

Mitchell helps the Bowery Mission provide a safe space across six locations in the city, maintaining a proactive approach when many in the city appear concerned about the dangers of homelessness, particularly for those experiencing it.

“We also have a team of mental health professionals, licensed social workers and counselors that are on site across all our campuses to help us assess the need,” Mitchell said.

A NY1/Siena College poll found that 89% of people surveyed support making it easier to admit those who are dangerous to the public, or themselves to mental health facilities, but advocates like Jaqueline Simone of Coalition for the Homeless, say there aren’t enough resources like the Bowery Mission.

“So much of the discussion lately has been around involuntary treatment and removing people from the streets and subways against their will, but in reality we find that even people who recognized they need mental health care and who are trying to seek it, often encounter numerous roadblocks,” Simone said, the organization’s policy director.

Earlier this year, Mayor Adams came under fire for an operation to dismantle scores of homeless encampments while vowing to improve and expand the city’s shelter network. While nearly half of people polled said the mayor was doing a poor job addressing homelessness, 60% support his action to break up the camps.

“These heavy-handed sweeps involving police that are really pushing people from the subways to streets and from one street corner to another are not the right path,” Simone said.

Amid an increased need exacerbated by the pandemic, advocates say building more supports is the answer to help as many people as possible.

“We’re not working with the same people that we did prior to the pandemic and I think it is so essential for us to create even stronger networks of support,” Mitchell said.