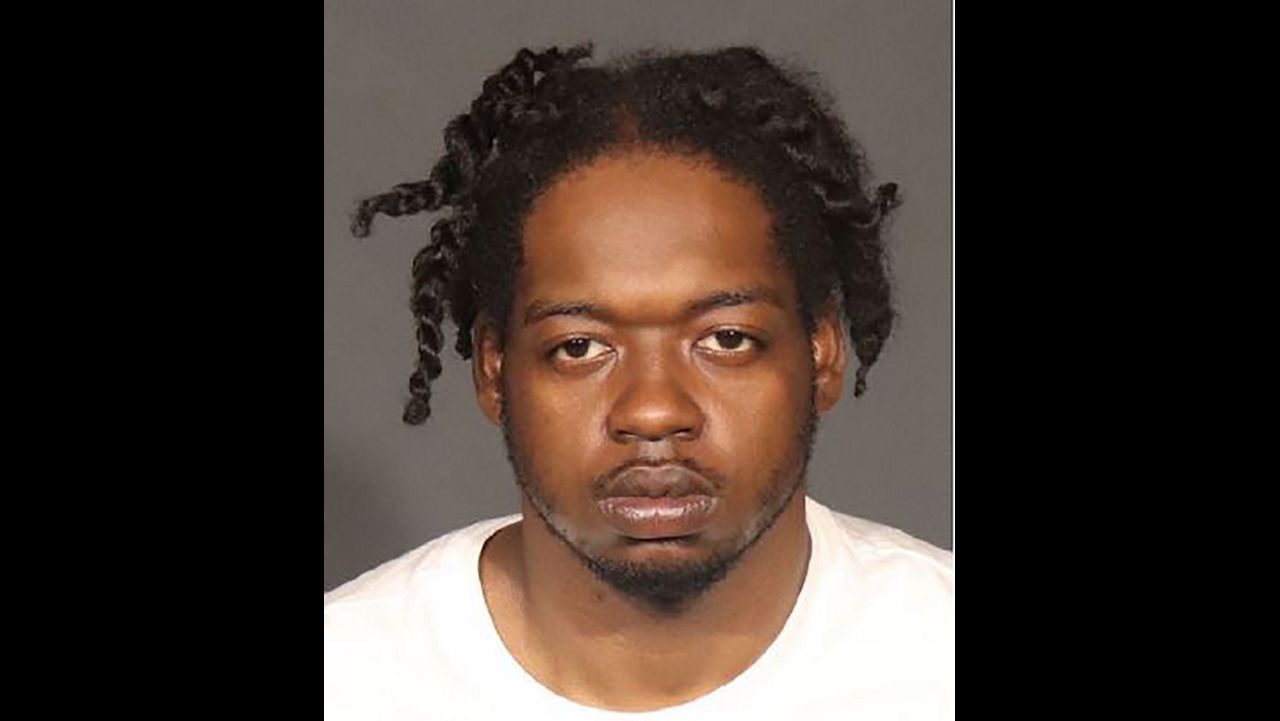 Andrew Abdullah. (Courtesy of the NYPD)

Police have identified the suspect they say fatally shot a man in an unprovoked attack on a Q train on Sunday.

Andrew Abdullah is "wanted for shooting a fellow New Yorker in the chest on Sunday," the NYPD tweeted late Tuesday morning. The department also released a photo of Abdullah.

Do you know where Andrew Abdullah is? He's wanted for shooting a fellow New Yorker in the chest on Sunday, May 22nd, causing the victim's death, while on a "Q" train in Manhattan.

If you have ANY information on Andrew, contact @NYPDTips at 800-577-TIPS. pic.twitter.com/NAKrsRHDMM

The shooting happened at 11:42 a.m. on Sunday, as the train was approaching the Canal Street station in Manhattan, police said.

When officers arrived at the station, they found the victim, identified as Daniel Enriquez, 48, with a gunshot wound to his torso, NYPD Chief of Department Kenneth Corey said at a press conference on Sunday. Enriquez was transported to Bellevue Hospital, where he succumbed to his injuries, police said.

Witnesses said the suspect was walking back and forth in the same train car as Enriquez before he shot him at close range without provocation, according to police.

The shooter fled the scene at the Canal Street station, the NYPD said.

Officials said Enriquez worked at Goldman Sachs and had been a member of the company’s global investment research division since 2013. 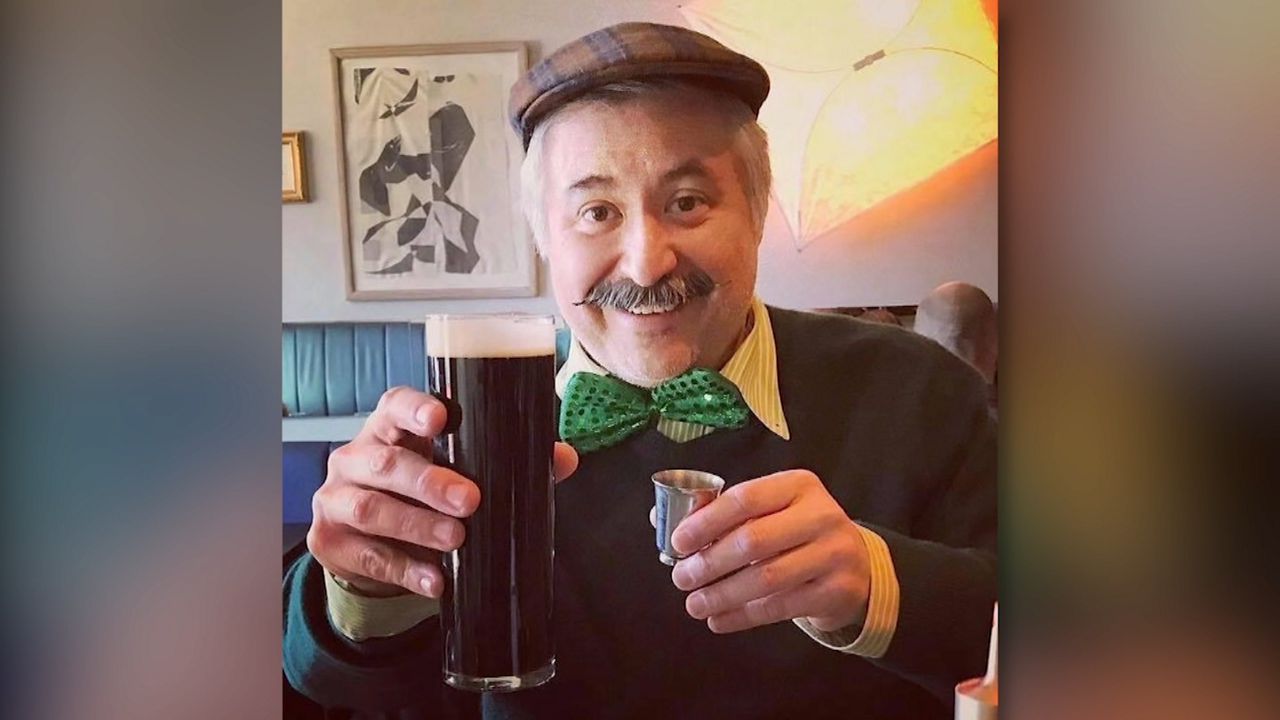 This undated photo shows Daniel Enriquez, 48, who was fatally shot on board a Q train in Manhattan on Sunday, May 22, 2022. (Handout)

In a statement, Goldman Sachs Chairman and CEO David Solomon described Enriquez as a hard worker and beloved colleague.

“Daniel Enriquez was a dedicated and beloved member of the Goldman Sachs family for nine years. He worked diligently to support our Macro Research team in New York and epitomized our culture of collaboration and excellence,” Solomon said. “We are devastated by this senseless tragedy and our deepest sympathies are with Dan’s family at this difficult time.”

Enriquez’s death is the fourth murder in the transit system this year, according to NYPD data. Through April of this year, there were 743 major felony crimes, a 64% increase from the prior year, department statistics show. Robberies, assaults and grand larcenies fueled the increase.

At a press conference on Monday, Mayor Eric Adams said he had spoken with the head of Goldman Sachs after the shooting to offer his condolences.

“Listen, there’s nothing more horrific than losing a loved one to a violent act,” he said. “My heart goes out to that family. I am sorry that they lost their loved one. We have to continue to make sure that we are not losing loved ones.”

City Hall is looking at “a lot of vendors” as it works to bring gun-detecting technology into the subway system, the mayor said, while noting that any technology would have to first go through a testing period, as well as pass “constitutional muster.”

“We have to make sure that it is right, because we don’t want to put it out there and take it back,” he said.

The Adams administration is also negotiating with the Port Authority in an effort to place scanners at the agency’s bus terminals in an effort to stem the flow of guns into the city “from the south," he said.

In addition, the city hopes to extend its “spot bag checks” to the Port Authority’s bus terminals and continue to expand the NYPD’s presence in the subway system, the mayor said.

The NYPD previously ramped up its presence in the system after a man fatally pushed 40-year-old Michelle Go in front of a train in Times Square in January. After a gunman opened fire on an N train in Sunset Park last month, meanwhile, the mayor said the NYPD planned to double its subway patrols.

There were no NYPD officers in the Q train car the gunman opened fire on on Sunday, Adams said, while noting that the city was “going to look and see if one was assigned to that car.”

“Because we’re looking at constantly evolving, and let’s be clear, you know, the goal is to make sure we have that omnipresent in our subway system,” he said. “There’s nothing more comforting than seeing a police officer on that platform, in the car, walking through the car, and that is what we are going to do.”

Adams plans to meet with NYPD Commissioner Keechant Sewell this week to “evaluate” the current deployment of officers in the system, he added.

At New York City Transit and MTA Bus Committee meeting on Monday, MTA Chair and CEO Janno Lieber said Sunday's shooting came “as the city is still hurting from the Sunset Park shooting last month, and from the murder of Michelle Alyssa Go in January.”

“New Yorkers are tough, and they’ve demonstrated again and again during the pandemic they’re trying to resume their normal lives, but they can’t resume normal life if just getting around is frightening,” Lieber said.

Lieber himself has commuted on the Q train for 25 years, he noted, before urging anyone with information about the shooter to submit tips to the NYPD’s Crime Stoppers hotline.

“We need the city to be made comfortable again,” he said.

“Last week we celebrated record ridership on the MTA system, and in fact, before yesterday, we were starting to see stats indicating that even subway crime was headed in the right direction,” he added. “This was all before yesterday’s senseless shooting, which is an incredible setback for everybody’s effort to put New York back on normal footing.”

Investigators said Sunday that they were reviewing surveillance video from the station in an effort to identify the suspect.

"We are cooperating with the police in this investigation with video and other evidence," New York City Transit President Richard Davey said. "We look forward to finding this perpetrator and bringing this person to justice."

“It was a type of transit patrol done in years past, notably by our mayor when he was a transit cop,” Wilcox added.

The suspect is a heavyset male with a beard who was last seen a dark-hooded sweatshirt, gray sweatpants and white sneakers, the NYPD said.

"We pushed a lot of additional officers down into the subway system. We continue to do that, to patrol this very extensive transit system that we have, and we're going to keep doing that," Corey said Sunday.