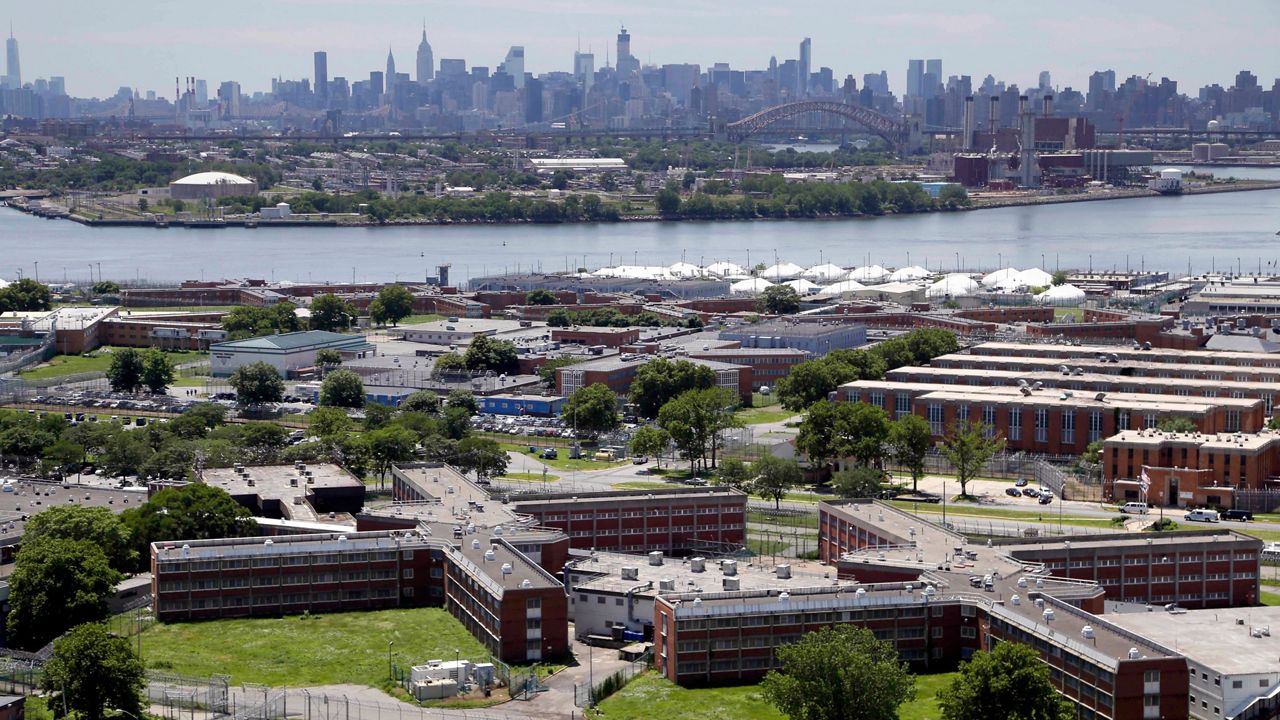 Mayor lays out case for city to keep control of Rikers

Days ahead of a federal court hearing on the administration's new plan to turn around Rikers Island, the mayor is laying out his case for why a federal takeover shouldn't happen.

Give his team a chance, he says.

The plea comes days after the Adams administration and the federal monitor filed a 26-page plan to tackle the staffing crisis at the jail complex, which includes restructuring leadership and calls for new sick leave policies.

For months, hundreds of uniformed staff have been calling out sick and more are on medically modified duty, which prevents them from working with detainees.

"We have to work with the new mayor and the new commissioner in an effort to get these jails running back to where they were at one time when we were the role model jails of the country," said Patrick Ferraiuolo, the president of the Correction Captains’ Association.

This week the correction captains met to discuss the new proposal. The president of that union is now backing the reform plan in the hopes of staving off receivership.

"As far as my members last night, they welcomed my endorsement with open arms,” Ferraiuolo told NY1. “It's simple, they want help also. They want staff to return to work."

Meanwhile, members of previous administrations and criminal justice experts met on Thursday to discuss how receivership would work, going over previous takeovers in Chicago's juvenile jail and of California's prison health care system.

"It is a remedy that has been used very sparingly,” said Sara Norman of California’s Prison Law Office. “It is very drastic but it is something that can be effective.”

Even so, it's not something the mayor wants to see.