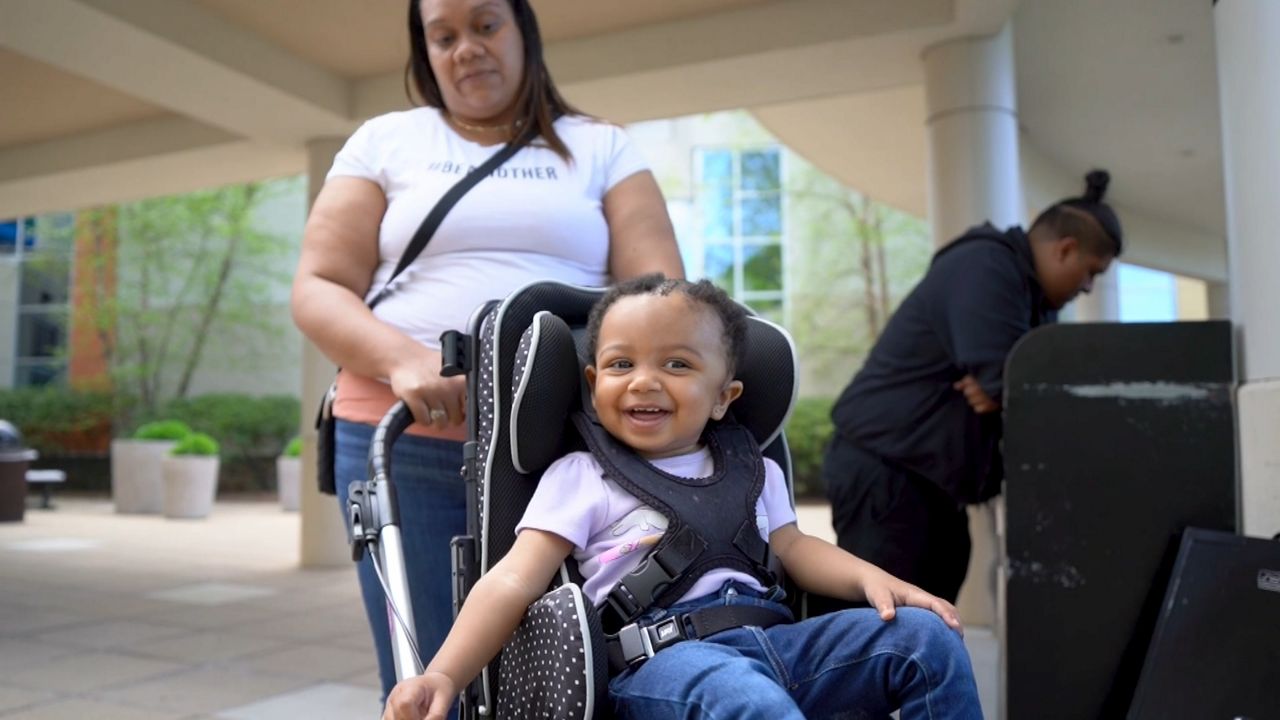 Catherine, a 16-month-old baby girl, was released from a children’s hospital Friday after spending months recovering from a gunshot wound to the head. (Spectrum News NY1)

A one-year-old girl shot in the face in the Bronx is now out of the hospital, months after the crime was committed.

It was a sendoff fit for a survivor Friday. Baby Catherine left Blythedale Children’s Hospital and was greeted by officers and applause as she finally headed home. The 16-month-old baby was shot in the face back in January and had been here recovering. To say she’s come a long way is an understatement. Catherine has beat all the odds.

“Intubated, sedated, feeding tubes, paralyzed from one side of her body,” said Miraida Gomez, Catherine’s mother. “And here she is walking, which they told us might not happen.”

Catherine was inside a parked car on Valentines Avenue and East 198th Street in the Bronx with her mother when the shooting suspect opened fire.

Police say the suspect was chasing another man and firing shots when a stray bullet entered through the rear of the vehicle, striking the baby’s face and injuring the left side of her brain.

The shooting sparked outrage across the city, including from Mayor Eric Adams.

“This is not the city our children should grow up in,” Adams said at a news conference later that night at the scene of the shooting incident.

“It’s ridiculous the amount of cases that happened after hers,” Arias said. “Nobody should have to go outside and worry, will this happen to me next, will [my child] be the next statistic?”

“We’ve been seeing on our end as a children’s rehabilitation hospital more children coming to us with gunshot ones,” said Scott Klein, Blythedale Children’s Hospital’s chief medical officer. “She’s not the first and unlikely to be the last, but certainly the youngest.”

The shooter has not been caught. Catherine’s father has a message for the suspect.

“You’re a coward. You’re a punk. You’re stupid. The NYPD is after you. You’re done.”

Catherine will have to visit the hospital as an outpatient for her speech, physical and occupational therapy, but her first order or business is to surprise her two older sisters who she has not seen in four months.