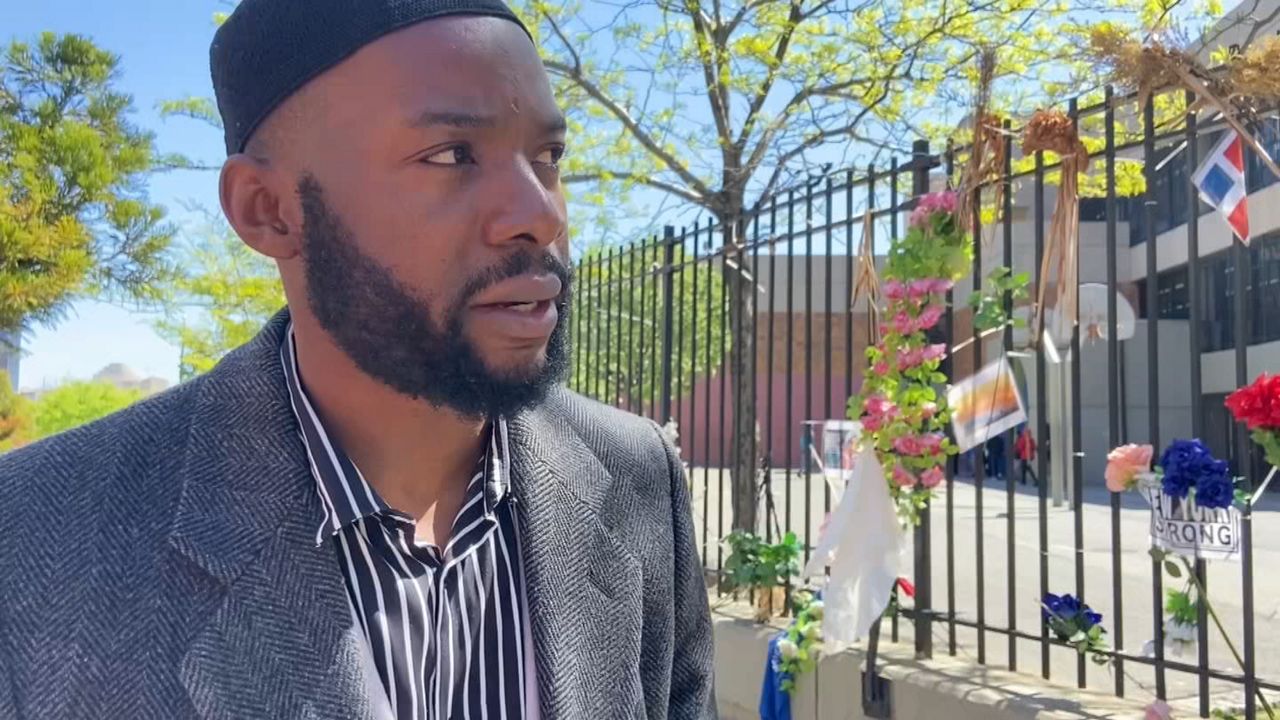 It’s been four months since a devastating and deadly fire ripped through a high rise in the Bronx. Now, members of the community are coming together in hopes of preventing future tragedies. (Spectrum News NY1/Amy Yensi)

It was January 9, in the middle of winter, when an electric space heater malfunctioned in a third floor apartment. Smoke quickly filled the the 19 stories, in part, because fire doors were broken and weren't closed.

“These are Americans. These are people of the Bronx. These are your neighbors,” said Abdoulaye Cisse, while visiting the memorial site honoring the 17 people who died in the fire at the Twin Parks Northwest apartment building in the Bronx.

“We are taking ownership to prevent such fires and give people in our community a chance to survive in the event of the next fire,” said Cisse, the executive director Bridging Africa and Black America Incorporated.

BABA Inc., which has been helping families impacted by the fire, is launching a new fire safety program. It’s set to start next week.

Local volunteers will be trained to instal more than 1200 new smoke detectors in the community.

Many residents ignored the smoke alarms during the deadly blaze because the detectors would go off all the time. The Touray Tower fire and alarms project is named after Abdullah touray, a native of Gambia who was a community leader at the Bronx high rise. He died in 2019.

His daughter says she hopes the fire prevention initiative will give residents a sense that they are part of the solution.

“We have to stop talking and just take action,” said daughter Rokia Touray.

The African community in the borough had been touched by tragedy in other fires like the deadly blaze in High Bridge in 2007, which killed eight children and two adults. Many say that teaching residents about safety and arming with them smoke alarms could make the difference.

“I think it’s very important to take the step to avoid future fires because it has been happening and it looks like it’s a tradition,” said community advocate Ramatu Ahmed. “We shouldn’t wait for the worst to happen. The best thing is to avoid it happening.”

While the FDNY and Red Cross are providing the smoke alarms and training, the actual installations will have to be completed by the community organization itself. That’s why volunteers are so important for this initiative. For more information, visit the BABAUnity.org.