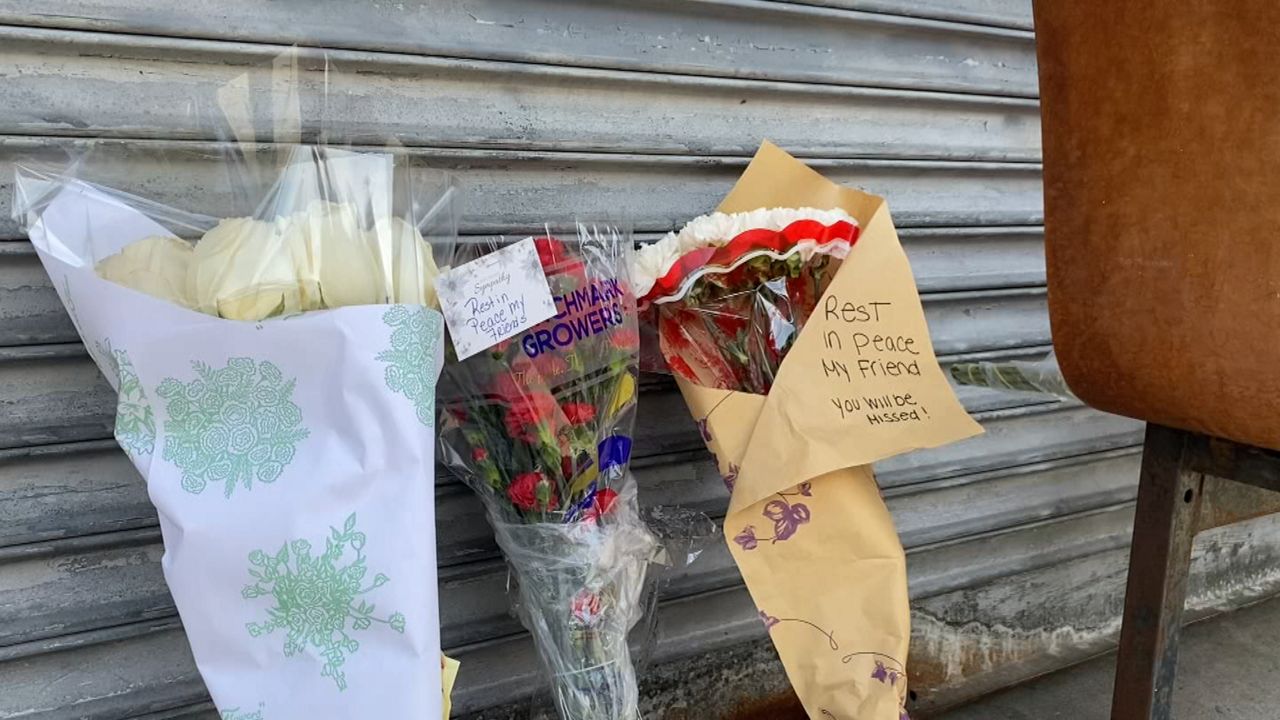 Flowers hang on the gates outside Great Wall Chinese restaurant in Forest Hills for delivery worker Zhiwen Yan, 45, who was struck and killed by a stray bullet Saturday. (NY1/Victoria Manna)

Flowers hang on the gates outside Great Wall Chinese restaurant in Forest Hills.

A small memorial for delivery worker Zhiwen Yan, 45, who was delivering food for the restaurant when he was struck and killed by a stray bullet around 9:30 p.m. Saturday.

Those in the neighborhood called him a fixture of Forest Hills. They say he's worked at the restaurant for over 20 years.

Police say a man was firing shots around the intersection of 108th Street and 67th Drive when Yan was struck. He was taken to Elmhurst Hospital where he was pronounced dead. Residents in the area were startled by the news, saying a crime like this is an anomaly.

"I had just gone to CVS and I came home and was putting some things away in the medicine cabinet. And I heard what's kind of like a gunshot. So it's odd because I thought ‘is that a gunshot?’. I came and the doorman was already on the street," said resident Doria Kalt. "I was like the first person other than the doorman who came out and the police were already there. They were giving I guess chest compression to the victim”

“It’s kind of a surprise. You dont really hear that kind of stuff in this neighborhood so yeah its a complete shock,” said resident James Park.

Hildalyn Colon Hernandez, director of policy and strategic partnerships for Los Deliveristas Unidos, an organization that represents workers for food delivery apps like Doordash and Uber Eats, said Yan is 1 of 2 delivery workers killed on the job this year, after another was struck and killed by a car in the Bronx in March.

“The reality is that this job is extremely dangerous and at the same time essential. Our delivery workers are an extreme risk because they don't have anything to protect themselves from, like a person that can do harm as they ride or use bikes and motorcycles to do this work. It's extremely dangerous,” said Hernandez.

Police say they believe Yan was not the intended target. No arrests have been made at this time. A GoFundMe has been set up for the three children Yan leaves behind. Residents say they will forever miss their friend.