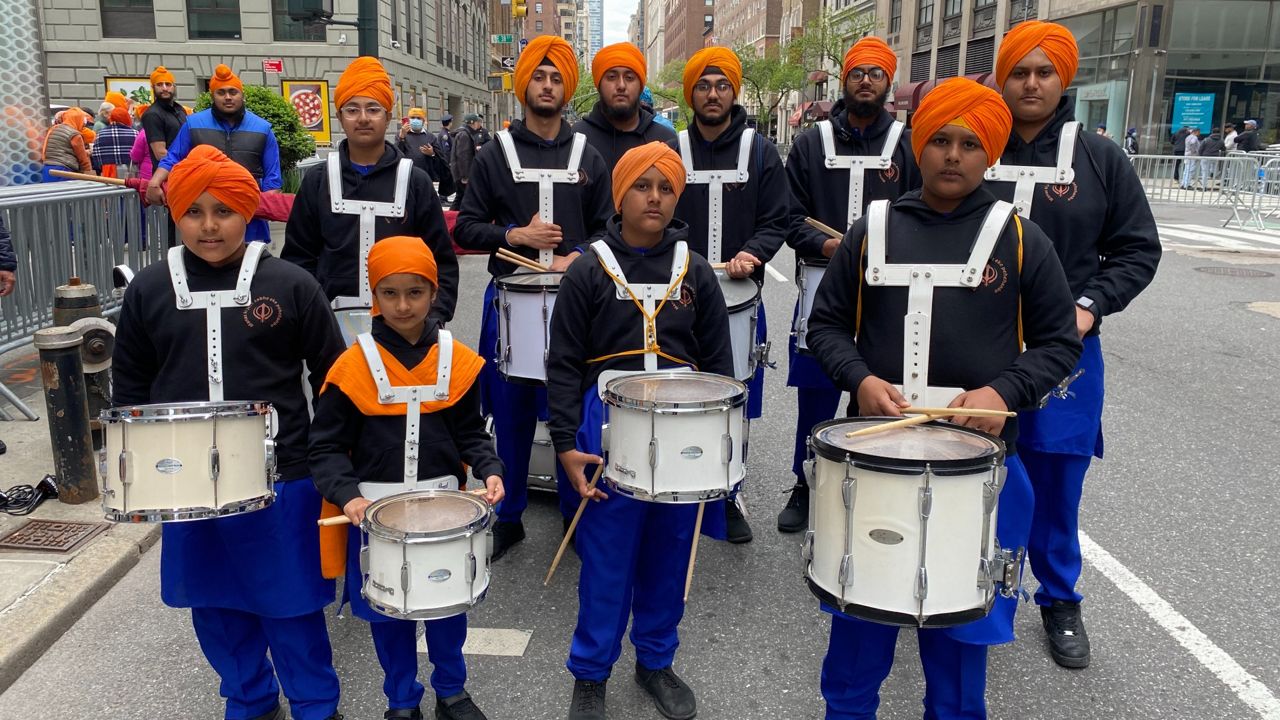 Dharamvir Singh is getting in a little solo practice before joining the Sikh Drum Corps members in the 34th annual Sikh Parade Saturday.

“We’re trying to spread the word of Sikh you know religion trying to let everyone know everything about it,” said Singh member of five years.

The Sikh Parade is back after being on hiatus for the past two-years due to COVID-19. The event comes in the wake of several recent violent attacks against members of the Sikh community in Queens. Singh is hoping the parade can serve as a bridge for New Yorkers that are not quite familiar.

“It’s raising awareness of you know we’re being discriminated against, we’re being targeted and everything,” Singh said. “Doing this we can educate people about us — we’re not aggressive or nothing like that."

Music and vibrant decorations adorned floats all throughout the parade. Many Sikh members wearing traditional colored garments and turbans.

“It’s a symbol so mostly you will see people today especially wearing blue or yellow turbans otherwise you can wear any color — there is no issue with that,” said Hirdepal Singh member of the Sikh Cultural Society in Queens.

Deep tradition and customs were also on full display in the street to the amazement of onlookers like Pier Smith.

“I was just texting my daughter, this is why I love New York, never boring, never goes to sleep — always exciting,” said Smith.

It’s a full circle moment for Smith who admits she judged members of the community unfairly in the past.

“I am now mature have grace, wisdom, I look at everything is valuable has beauty in it,” she said.

Singh said that’s exactly what they want most — understanding and love.

“That’s the whole point. We want to spread awareness about us, educate people about us,” said Singh.