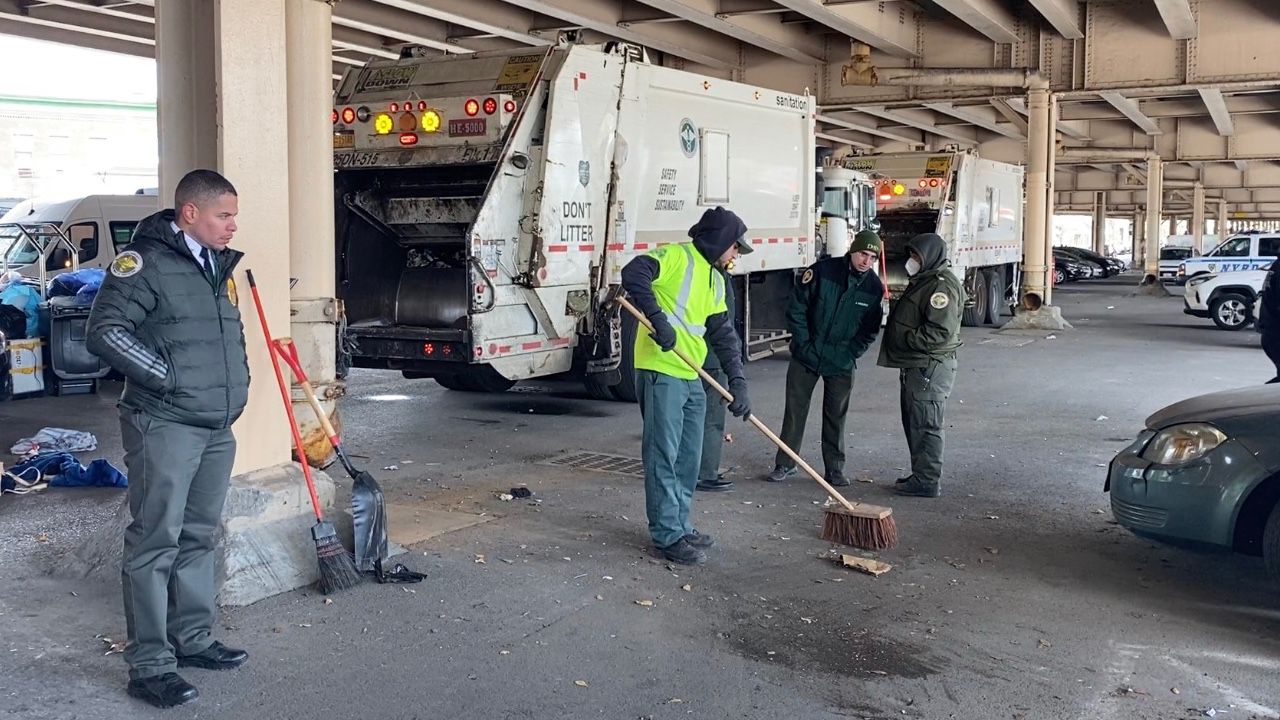 Mayor Eric Adams announced the removal of 150 encampments within two weeks in an effort to get more homeless individuals into shelters. (Spectrum News NY1/Rebecca Greenberg)

City agencies are dismantling more than 100 homeless encampments across the five boroughs within a matter of weeks. It's the latest initiative by Mayor Eric Adams to get unhoused New Yorkers into shelter.

“We know how to survive. We’re out here surviving," said Heri Berto Medina Jr., who has lived under the Brooklyn-Queens Expressway for two years. “We never had an incident here because we look out for each other,” he added.

What was once a community to Medina is now just a parking lot due to the new initiative by Mayor Adams.

“You bring a whole army like we’re a threat," said Medina. "Nobody called the cops. Nothing happened here.”

The NYPD and Department of Sanitation cleared out the homeless encampment Monday.

In a statement, the mayor’s office said the city is ramping up efforts to connect unhoused New Yorkers with social services. But Medina said staying in a shelter is not an option.

The mayor has said though that living on the street is more dangerous, he can’t legally force people into shelters. Homeless outreach workers were on site Monday to help Medina and other people find a place to stay. Medina said he’s grateful for the support, but what he really needs is long-term housing.

“I just wanna get indoors. Cold weather, I don’t mind. I’ve been through this. But I like to rest where I can keep both my eyes closed and actually rest comfortably,” Medina said.

The mayor's office has identified 150 homeless encampments across the city. Its goal is to remove them all by this Friday, and after that, the task force will check for new ones.