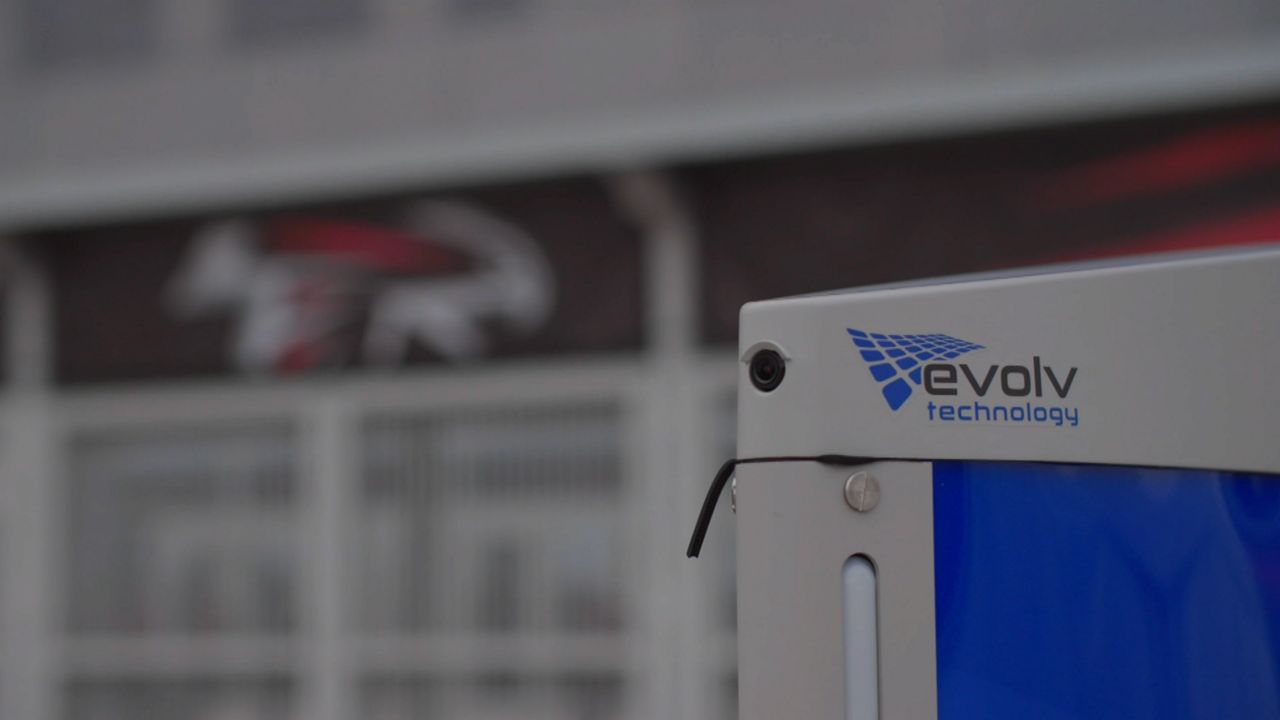 For years, the benefits of metal detectors have been met with pushback.

While some say it adds a sense of security, critics argue they are a nuisance, cause long lines, and create a prison-like atmosphere.

The city is now experimenting with what security experts call a less-invasive option, running a pilot program using Evolv technology at venues across New York.

His college roommate was killed in the World Trade Center on 9/11.

Twelve years later, he and his three kids were at the finish line of the Boston Marathon, cheering on his wife.

They had just gotten home when the two bombs went off.

“There’s been a lot of investment in technology on aviation security and airport security, but not nearly enough on all those other places where we are,” Chitkara said.

Evolv sensors look like a metal detector you walk through at the airport, but you don’t have to stop, unpack or undress.

The sensors use artificial intelligence algorithms to indenting items passing through.

“Are those items innocuous? Are they personal items like a cellphone? Or are those items potentially threats like a gun or a knife or an explosive device,” Chiktara said.

Sources confirmed the technology is being used at Lincoln Center, CitiField, The Met, MOMA, The Museum of Natural History, Hudson Yards, and New York Presbyterian Hospital, among other venues.

In February, Mayor Eric Adams alluded to this pilot program, saying “I’m going to be rolling out in a few days a device that we’re testing that allows us in a humane way, to identity guns and weapons.”

Jacobi Hospital in the Bronx says it’s also a part of the pilot program, with sensors in its ER.

Officials hope it will prevent situations like the one that played out in the Jacobi Hospital ER in January, when a man walked into the waiting room, signed in, then pulled out a gun and shot a patient in the arm.

Right now, the technology is not being used in New York City schools.

More than 3,300 weapons have been recovered in city schools so far this school year.

He called them dehumanizing, saying, “When you start talking about social, emotional learning and connection, but yet you go through a process just to go to school that feels like you’re going to Rikers Island, it’s not a good one.”

In a statement, the New York Civil Liberties Union said, “The clear message this sends to students of New York is that they are viewed as criminals first and students second, and we know that it’s almost unheard of for white or wealthy students to be subject to this kind of surveillance. The public is owed far more information about this program and its capabilities - particularly whether it contains facial recognition or biometric scanning capability.”

Sources say when the pilot is over, they will do an analysis and decided if and where else the technology could possibly be used.