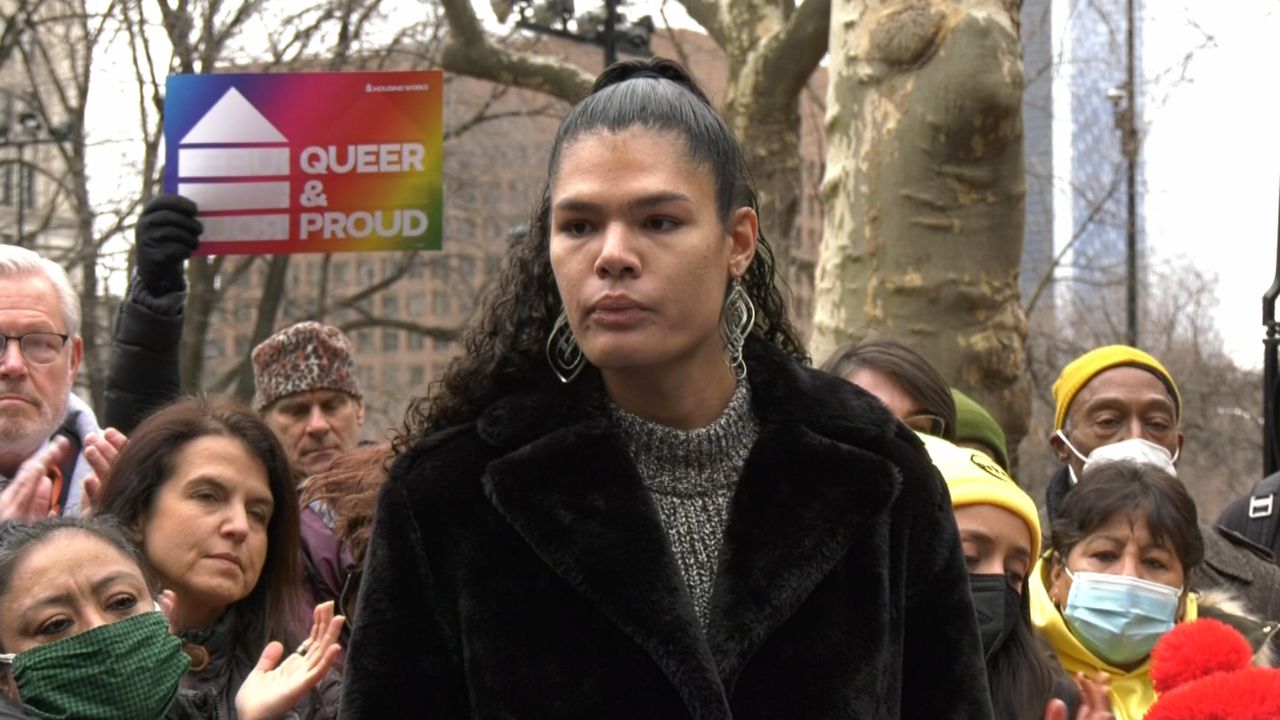 Angry and unified, LGBTQ New Yorkers and their allies demonstrated outside City Hall to demand the mayor rescind his appointments of three Christian pastors who in the past have condemned gay lifestyles.

“Thank you, Mr. Mayor, for bringing us all together. Mayor Adams has given us the middle finger!” said Allen Roskoff of the Jim Owles Liberal Democratic Club, turning to give City Hall the finger in turn. “You have turned City Hall into an employment agency for homophobes.”

Trans rights activist Cecilia Gentili said of Adams, “Being around that makes him a homophobe and a transphobe.”

Shéár Avory said, “Shame on you! We will not be used for clout.”

The speakers, who included several City Council members and other elected officials, called it a troubling pattern that Adams has tapped Fernando Cabrera for his Office on Faith-Based and Community Partnerships, Gilford Monrose to lead that office and Erick Salgado for his Office on Immigrant Affairs.

Cabrera, formerly a Bronx City Council member, in 2014 praised the Ugandan government for its anti-homosexuality bill nicknamed the “Kill the Gays” legislation.

Cabrera apologized for his past this week and said he wasn’t aware of the country’s treatment of its LGBTQ citizens.

The mayor in a statement responding to the demonstration at his doorstep appeared unwavering in his decisions.

Adams said, in part, “Our team will show, through our actions and deeds, that we are committed to serving all New Yorkers equally and fairly, regardless of who they love or how they identify.”

The administration has its work cut out for it.

“The mayor is convinced that these individuals have evolved in their thinking,” Cathy Marino-Thomas of Equality New York said at the rally. “I am not convinced.”