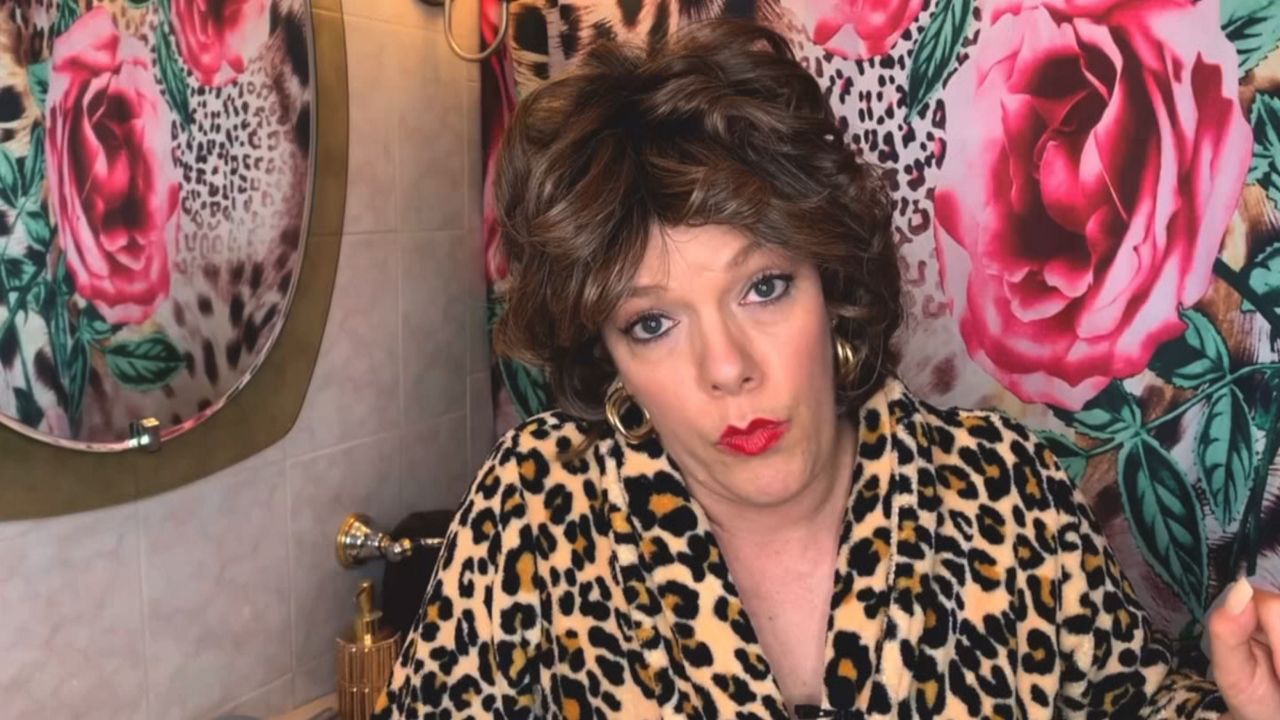 Comedian's alter ego helps herself and others through pandemic

"We’re cracking. I’ve had a nervous breakdown every hour on the hour for the last several days. I’m with you. I get it," exclaimed the character Connie “Big Ballz” Bumbaloni. She's the sometimes alter ego of NYC actor and comedian Amanda Bruton.

"She’s a housewife from NJ and she may or may not be mobbed up," joked Bruton during our interview.

At the start of the pandemic, Bruton decided to revisit the character she’d done on and off for years.

"I grew up in NJ in a pretty big boisterous Italian American family, so Connie is kind of a composite of a few different people in my family," said Bruton.

Before the pandemic, she was getting good speaking roles on several hit TV shows, including “The Marvelous Mrs. Maisel” and “Orange is the New Black,” among others.

Bruton was even set for an opening night regional theater performance the night of Broadway’s shutdown.

"So we called it our clopening: we opened and then we closed," said Bruton.

Needing to stay creative, Connie became a regular production, with her wife Kristen and their daughter Frankie pitching in too at their Astoria apartment.

"Kristen is many things: she wigs, she’s wig maintenance. If she doesn’t really laugh at a joke I know it’s not that funny. And Frankie is PA, she can turn the ring light on," said Bruton.

With their help, Connie has developed a loyal following online. Last year, Bruton had started booking TV shows again and expected that to continue.

"For a while it kind of felt like production was chugging along. I had a ton of auditions. I shot something over the summer on 'FBI,' so that was exciting. Prior to omicron, I had several auditions a week, which is great, but since we‘ve been back from holidays it’s been pretty quiet. That can feel really daunting or demoralizing after we’ve been in this for nearly two years," said Bruton.

So, she's grateful to have Connie.

"I just want to make people smile because that makes me smile and brings me joy. That’s what we all need right now," said Bruton.

And levity, and her signature leopard print clothes that Connie does best.