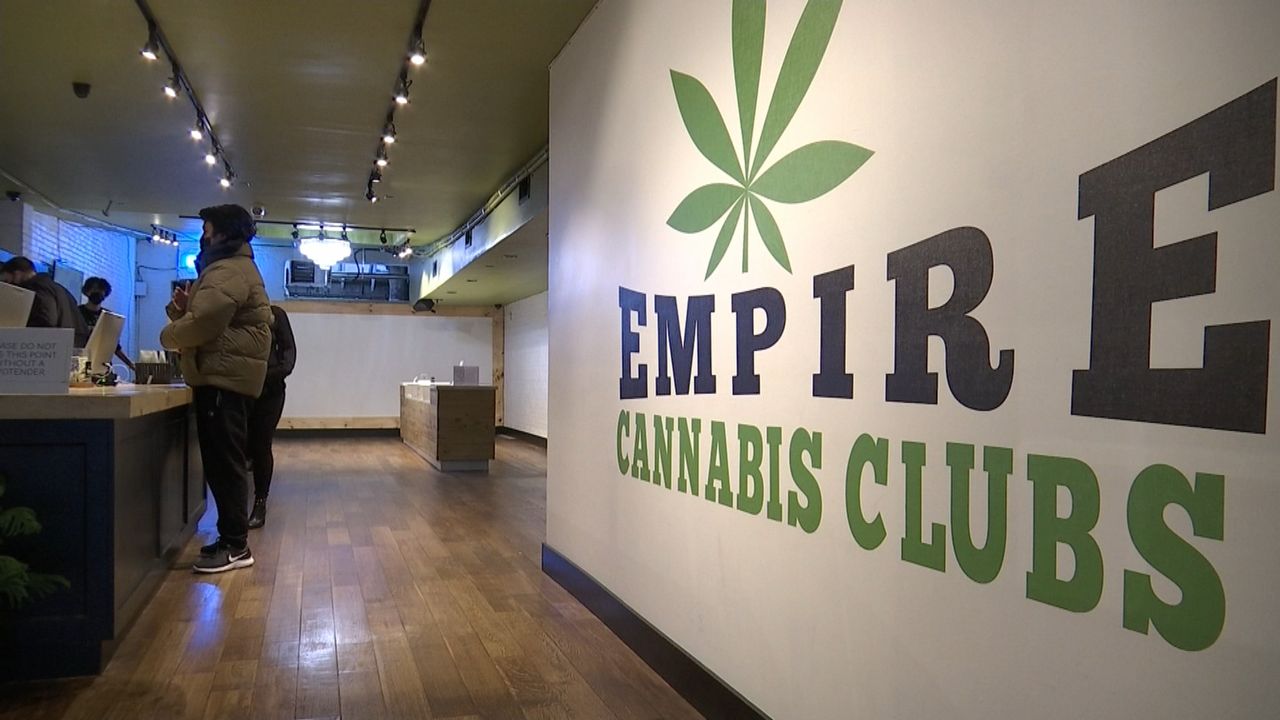 Legal or not, a cannabis dispensary is expanding across the city

Empire Cannabis Clubs in Chelsea is everything you’d imagine a marijuana dispensary to be. There are glass display cases with a variety of marijuana buds, known as flower, and shelves full of edibles, pre-rolled joints, vape cartridges and other THC products — all in a sleek retail setting.

“If you intend to buy any THC products, you will need to be a member of the club, either daily or monthly,” says Lenore Elfand, Empire’s co-owner. The club offers a daily pass for $15 and a monthly membership for $35 a month.

Empire operates as a not-for-profit membership club in order to tiptoe around state law, which currently allows for the possession and use of marijuana, but not its sale.

That’s because the state must first develop a regulatory framework for the industry and issue licenses, a process that’s expected to take up to a year, if not longer. The state’s Office of Cannabis Management, formed last year, is currently holding a series of virtual public forums as it draws up regulations.

In the meantime, entrepreneurs like Elfand have stepped into the void to meet the burgeoning demand. Elfand opened Empire’s flagship location in Chelsea in September, and expanded to a second location on the Lower East Side earlier this month. The club will soon deliver to some Manhattan zip codes.

And Elfand says two new locations in Brooklyn are on the way, including one that will feature an outdoor smoking area.

"I see it continuing to grow,” Elfand said. “People are really genuinely happy that we're here."

In the absence of regulations, Empire maintains certain protocols. The front door is manned by a security guard who checks IDs to ensure patrons are 21 and over. And Empire says its product is rigorously tested. (The company won’t reveal where its flower is sourced; cultivation for commercial purposes is also still illegal in the state.)

But the Office of Cannabis Management says Empire and other businesses like it are operating illegally.

“The unlicensed sale of cannabis remains illegal in New York State and the state will work with its partners in government to enforce the law,” the agency said in a statement.

It continued: “We encourage New Yorkers to not partake in illicit sales where products may not be safe, and those attempting to sell illegally must stop immediately. We will continue to advance efforts that ensure New Yorkers have a pathway to sell legally in the new industry as we work to deliver economic justice, however any operator participating in the unlicensed, illegal sale — or so-called ‘gifting’ — of cannabis products is significantly jeopardizing their ability to receive a license to participate in the forthcoming legal market.”

The term “gifting” is a reference to some businesses that sell art and other products to customers, then provide cannabis as an accompanying “gift.” Other operators, like the Uncle Budd mobile trailer in Harlem, offer cannabis in exchange for a “suggested donation.”

Steve Zissou, an attorney for Empire, says its membership model places it squarely on the right side of the law. And the company has not yet heard from state authorities.

“We are in complete compliance with the law,” Zissou said. “This is a club that has banded together, to acquire what they can acquire legally. And all Empire is doing is providing the location and the means for them to do that.”