A view of LaGuardia Airport's Terminal B on Thursday. (NY1/Richard Agostinoni)

Hochul, Adams mark completion of construction at LaGuardia's Terminal B

Hochul, Mayor Eric Adams and other elected officials gathered inside the airport in Queens Thursday morning to mark the completion of construction at the terminal.

Construction wrapped up nearly eight years after then-Vice President Joe Biden compared LaGuardia to a transportation hub travelers might pass through “in a third world country,” the governor recalled. 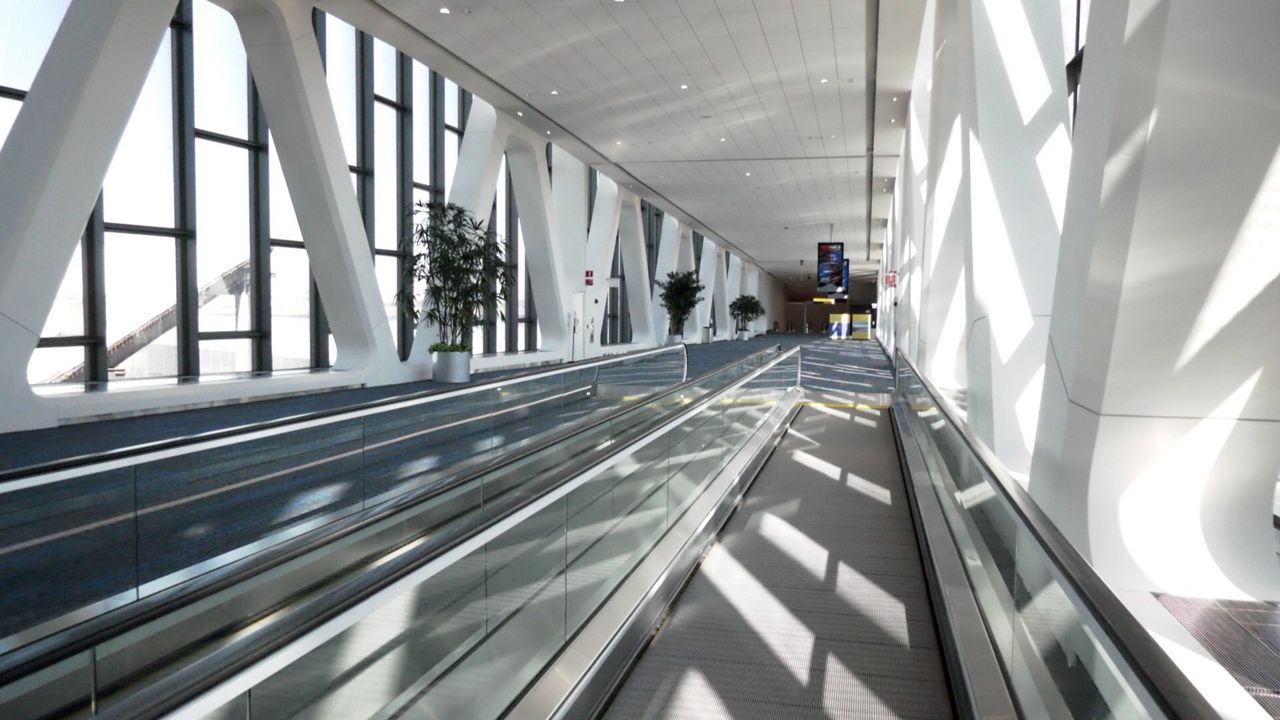 “I do want to thank someone who helped put a little spotlight on this back in 2014, I believe it was around Feb. 5 or 6,” she said. “We’re going to invite President Biden here, and when he takes off the blindfold and sees this, he’ll know that we listened, we engaged, and we made sure that yes, this is the best place in the world — and those are not just my words.”

Let’s show this LGA thing to POTUS when he visits pic.twitter.com/hkQOyHIP89

The airport's new Terminal C is on track to open in the spring, the governor said, adding that the new wing was “going to be magnificent.” 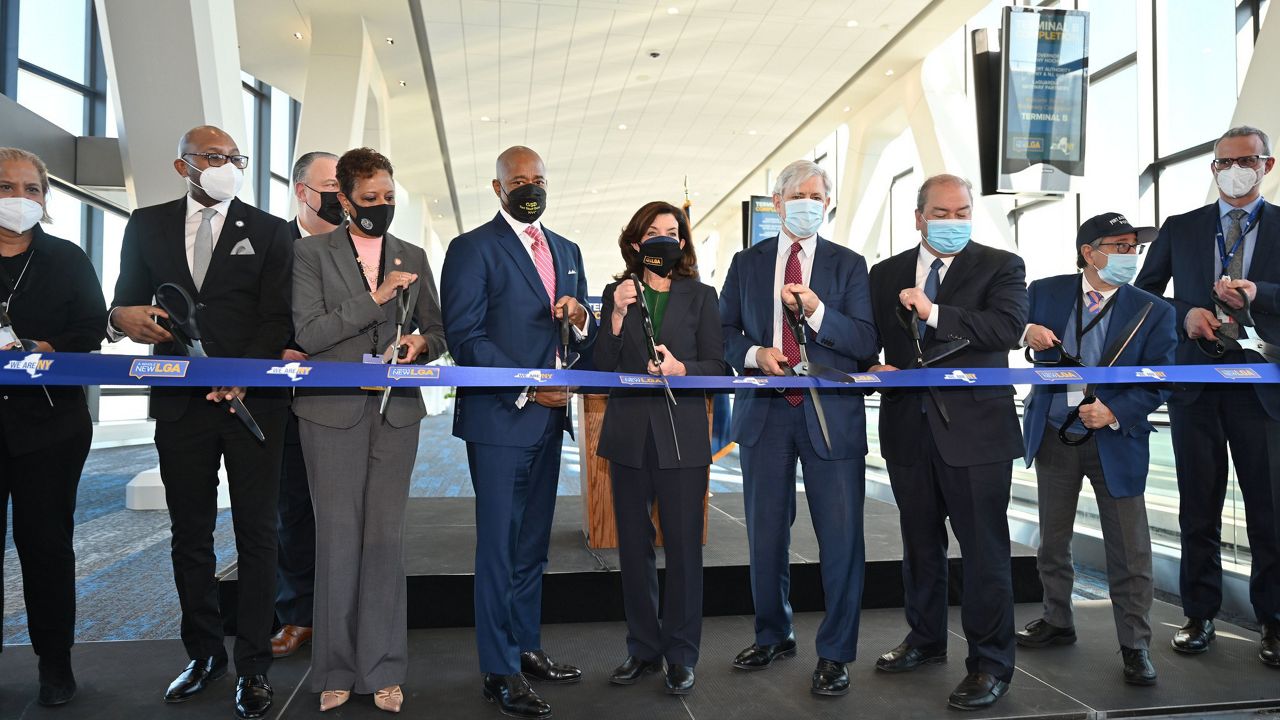 Gov. Kathy Hochul, Mayor Eric Adams and other elected officials cuts the ribbon on the new Western Pedestrian Skybridge in the new Terminal B at LaGuardia Airport on Thursday. (Kevin P. Coughlin/Office of Governor Kathy Hochul)

Adams on Thursday called LaGuardia the “front door to our city.”

“If your first welcoming sign is not a signature of the greatness of your city, then it sends the wrong message that carries us all the way through,” he said. 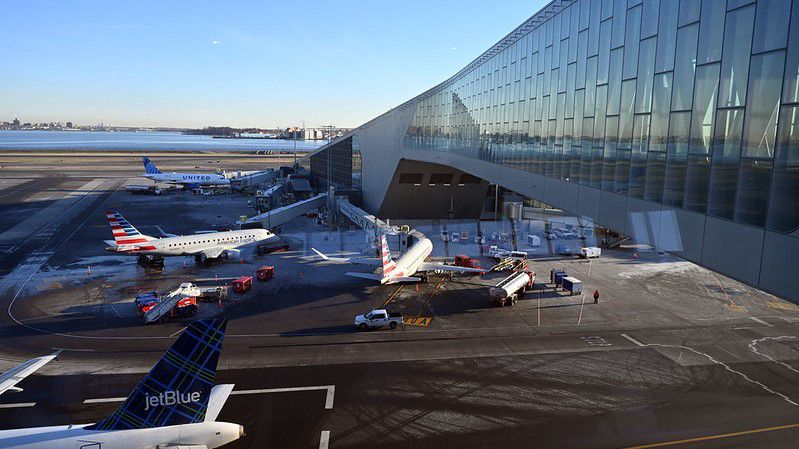