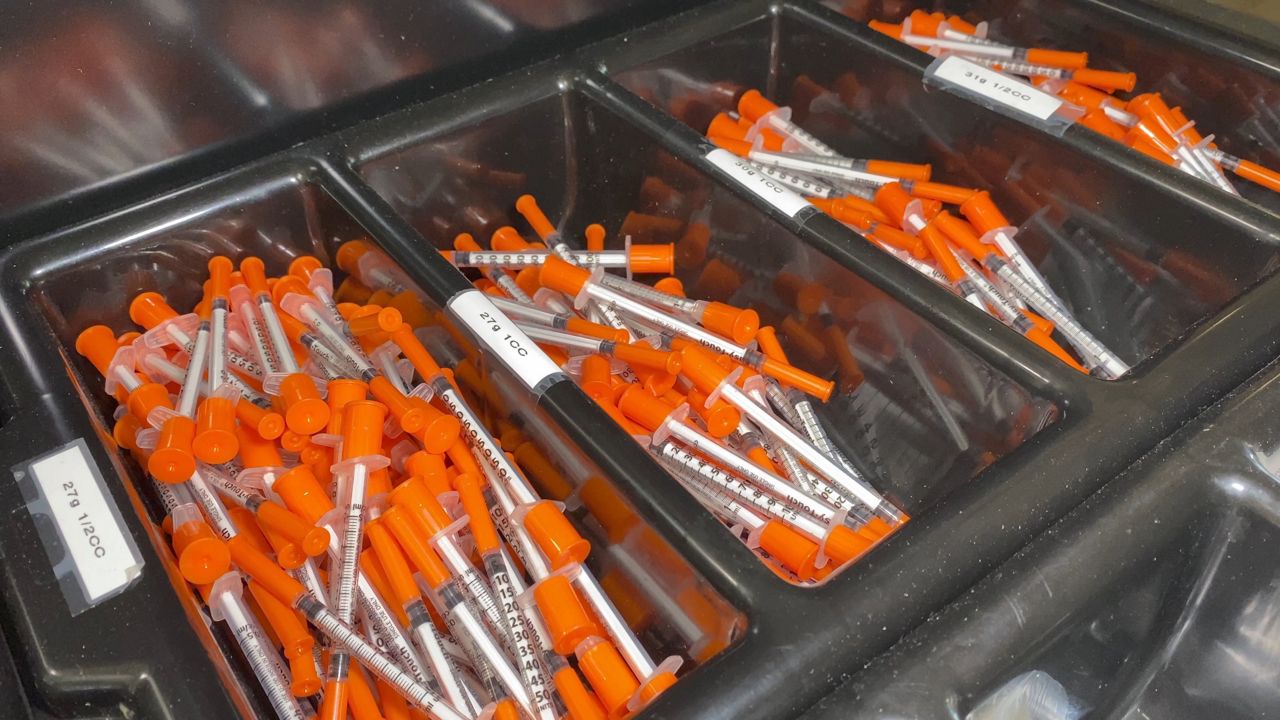 The organization operating the nation’s first and only sanctioned supervised consumption centers announced a milestone in overdose interventions on Monday.

As of Jan. 23, 114 drug overdoses were averted at the two supervised injection sites in Manhattan, both of which are operated by OnPoint NYC.

The sites, in Washington Heights and East Harlem, first opened on November 30, 2021.

Officials report that 585 people have registered at the sites and have used the locations 4,974 times.

“We are humanizing and giving hope to people that far too often society sees as disposable and defines them by their mistakes,” said Sam Rivera, executive director at Onpoint NYC. “And while the number of overdose interventions is a significant milestone, my staff and I don’t see the number, we see the beautiful people that we work with behind the stat – the participant struggling with addiction and desperately trying to secure a job to buy holiday presents for his daughter or the participant whose family has given up on them and is now desperately looking for a support system to help them through trauma.”

Since their opening, many neighbors in both Washington Heights and East Harlem have spoken out against the sites. Residents say they’ve seen a negative impact in the communities that already struggled with drug use on the streets.

“We're already dealing with the homelessness, the loitering, the public urination, defecation, the crime, everything that's happening,” says Peggy Morales, district leader for the 68th Assembly District Part B. “Well, why is it that other communities are not absorbing their fair share of the responsibility? These people do deserve these services and they need our assistance. And we should never turn our backs on them because that would be wrong. We are here. We need to look out for one another, but we also need to be fair about how that happens.”

Community members feel drug users from all over the city are flocking to the centers.

It’s a concern the executive director of the sites says is a valid one.

“We need more, we need them in the other boroughs. Harlem has a right to feel. Harlem residents and Harlem community have a right to feel like, ‘Oh my God, is everyone going to come here now?’ Because we're the only one, a hundred percent,” said Rivera.

Rivera does believe, however, the centers are getting drug users off the streets of the communities.

“Remember, we responded to the need of the community. I think people forget that. People said they don't want people using drugs in their community. They don't want to see syringes and paraphernalia, in their parks or at schools. We agree,” said Rivera.