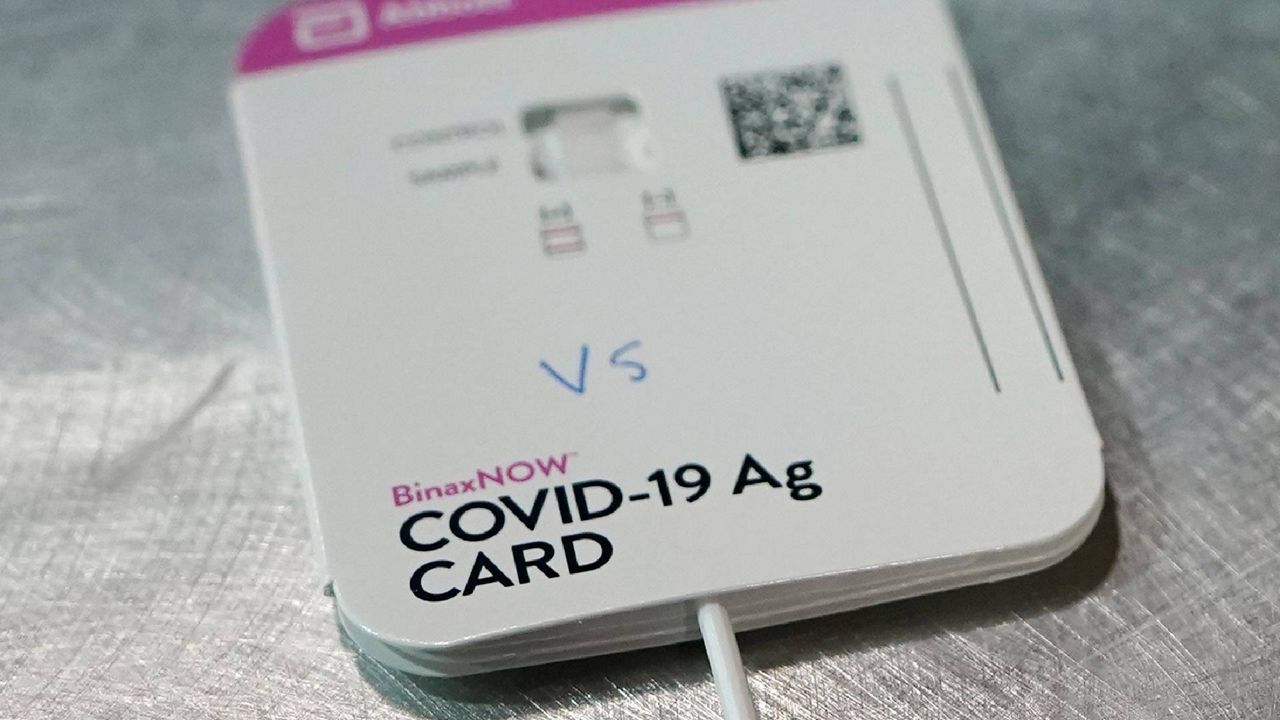 The website went live on Tuesday one day early in a soft rollout to “address troubleshooting,” a White House official told Spectrum News.

Late Tuesday morning, an order form appeared on the U.S. Postal Service website for the free tests, as well as a link and more information on the new federal site, COVIDtests.gov. The order form asks for your full name, shipping address and email for a confirmation.

The tests are free and will ship for free starting in late January, meaning they aren't meant for immediate use as the highly infectious omicron variant continues to dominate. According to the CDC, the variant now accounts for 99.5% of new COVID-19 cases in the U.S., a massive shift from representing just 0.6% of new COVID-19 cases the week ending Dec. 4, 2021.

Tests are limited to four per residential address. Once a household requests tests, users who try to place an additional order will see a message that says “At-home COVID-19 tests have already been ordered for this address.”

There were some isolated issues reported, largely among people who live in apartment buildings and those who use post office boxes, but those issues were seemingly few and far between. The Postal Service said in a statement that the issues were limted to "a small percentage of orders" and urged those impacted to contact the postal service via an online form or by calling 1-800-ASK-USPS (1-800-275-8777).

The postal service says they're prepared to handle the task of delivering tests to millions of American households.

"We have been working closely with the Administration and are well prepared to accept and deliver test kits on the first day the program launches," Postmaster General Louis DeJoy said in a statement.

The Biden administration has planned to purchase 1 billion at-home tests, starting with a first wave of 500 million for ordering this week. As of Friday, the U.S. had procured 420 million tests so far, and officials said they were working to finalize the last 80 million.

The website to order tests was launched in its “beta phase" on Tuesday, a White House official told Spectrum News in a statement, meaning that the website “is operating at limited capacity ahead of its official launch,” the official explained.

The beta launch is “standard practice to address troubleshooting and ensure as smooth of an official launch tomorrow as possible,” they continued.

COVIDtests.gov is expected to officially launch mid-morning on Wednesday, per the official.

The tests are expected to start to ship in “late January,” the site says, and they’re expected to take 7 to 12 days to reach households via First Class Mail. You can visit the order form on usps.com here.

Cases of the contagious omicron variant are still spreading rapidly in much of the country, while they seem to have already peaked in areas first hit by the strain, such as New York.

Explaining the longer shipping timeline for the tests, the White House's new senior adviser for testing told Spectrum News on Tuesday that the sheer number of orders is partly to blame.

"It's a massive program," said Dr. Tom Inglesby, who was appointed by President Joe Biden in early January. "Some of these tests are coming from other parts of the world, and bringing them all together into a process that can get to people's homes is a really, really large undertaking."

He emphasized that the tests should be used to store and plan ahead.

"If you got sick today, you're not going to have time to wait to get those tests," he said. "But we want people, if they want to use these tests, to be able to get them and have them in their medicine cabinet at home."

You can now order free at-home rapid COVID tests at https://t.co/4zAy5K4mrn. Each household can get 4 shipped directly to their door. @T_Inglesby breaks down when you should use these tests:

-Symptoms
-Exposure
-Before a gathering with people who are in a high-risk category pic.twitter.com/AFGVeiSYT4

The Centers for Disease Control and Prevention says you should self-test in three instances:

As for the next 500 million tests, Dr. Inglesby said demand will determine if the U.S. does another mass website rollout.

"We'll see how that goes, what the website looks like in the future. But for now, at the earliest days of it, we're starting with four tests ... per household," he said.