Fatima Woods was picking up her daughters on Sunday morning from their father’s apartment building in the Bronx when her 6-year-old told her she smelled smoke.

Woods immediately knew she had to get out.

But the smoke was so thick by the time she went down three floors to the sixth floor of the 19-story building that she couldn’t keep going.

“People were coming back up — they couldn't make it,” Woods said.

It was at that point she had to put her trust in strangers. She said a man who identified himself as Mohammed offered to evacuate with her 3-year-old.

“He grabbed my little daughter and he made it out of the building with her,” she said. “But we were trapped on the sixth floor inside of a neighbor's apartment.”

Woods, her 6-year-old and her daughters’ father, were stuck for about 20 minutes before firefighters were able to rescue them. 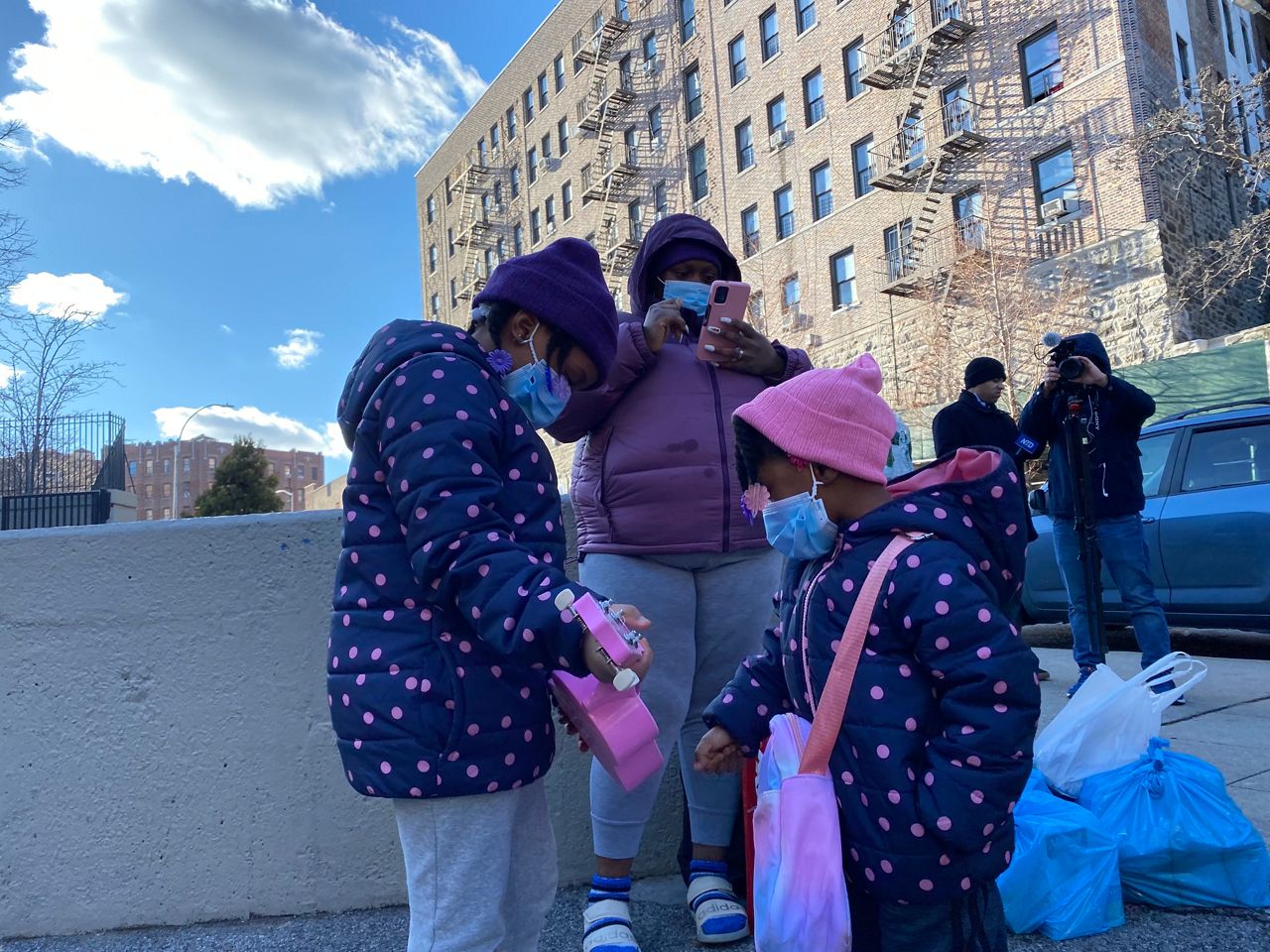 But the images she saw as she made her way out continue to haunt her: “People, bodies, glass. The floor was wet — a lot of, like, mud from the boots and the water and everything.”

The fire that killed 17 people, including eight children, in the Twin Parks North West building in Fordham Heights on Sunday was the city’s deadliest in more than three decades.

It took about two more hours until Woods said was able to reunite with her 3-year-old.

“It was Mohammed — he stuck by her the whole time,” she said.

Renee Howard also vividly recalls the fear and confusion during the fire. She was on the 18th floor when she heard a firefighter bang on her door.

“He startled me because it was black outside, hallways with no lights,” she said. “He was full of soot — black soot — all over him.”

After the firefighter checked to make sure she was OK, Howard, who has lived in the building for 30 years, said she was advised to stay by the window.

“I did not move from there because I didn't know where the fire was,” she said. “I kept listening to the news about what was happening.”

She was eventually able to evacuate, only with the clothes on her back. But she has no desire to return to the building at the moment.

“It’s a heartbreak to go back into a building where, you know, [17] people have passed away,” she said. “And you know these people. They're people who you live with, work with, talk to, and they're not there no more.”

Jacqueline Woods heard the fire alarm go off, but she wasn’t sure if it was just a false alarm at first.

But when the fire department came to her floor to help people down the elevator, she realized that wasn’t the case.