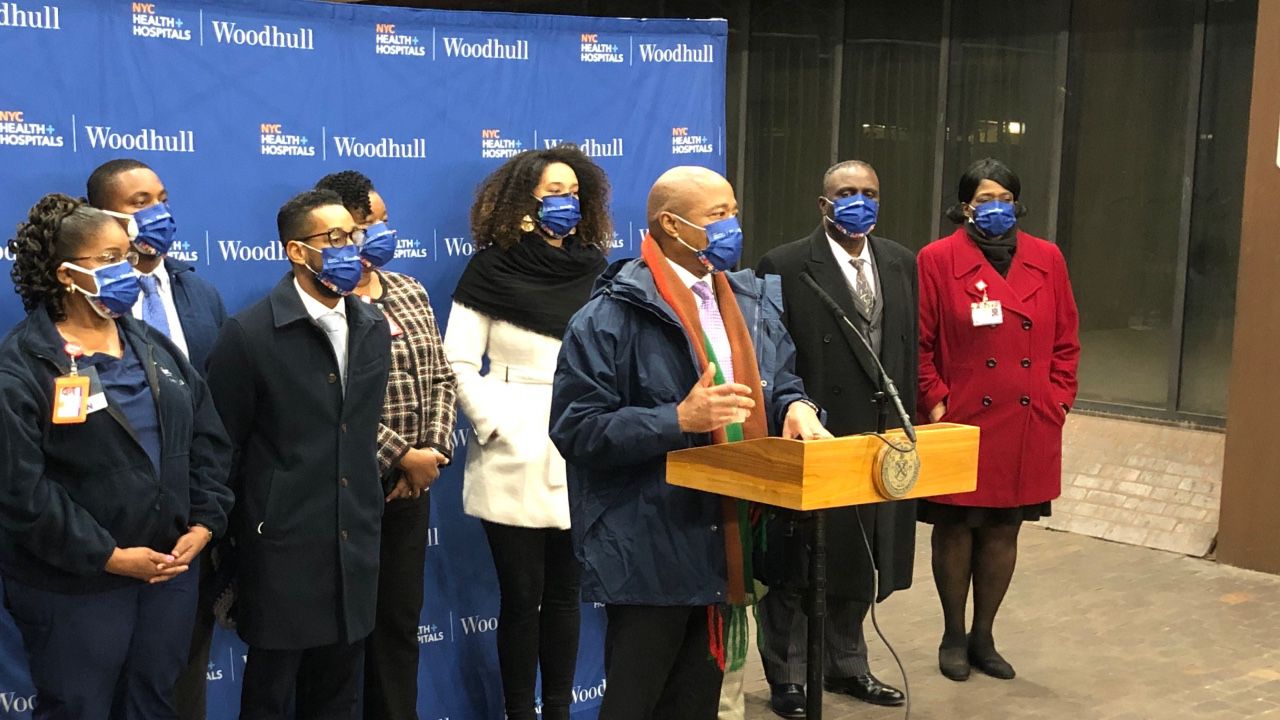 Mayor Adams announces a shot in the arm for city hospitals

Elmhurst Hospital in Queens was battered in the early days of the pandemic, overwhelmed by a crush of COVID-19 patients. Wednesday, Mayor Eric Adams paid a visit there to announce a different sort of surge: an influx of funding.

“Finding the dollars and the money to ensure that we maintain proper staffing in our hospitals, this is crucial,” Mayor Adams said at a news conference.

Among the reinforcements: public hospitals like Elmhurst, part of the city’s Health and Hospitals Corporation, will immediately receive $111 million to help address staff shortages and other needs. The city’s health department, meanwhile, will add 250 new staff, while private hospitals that primarily serve minority and immigrant communities will have access to a $27 million loan fund.

City health officials say hospitals are feeling the impact of the latest surge, though hospitalizations are still less than half what they were in the spring of 2020.

COVID infections and hospitalizations are continuing to climb, and city officials urge caution, especially since New Year’s gatherings could produce another bump. Still, the expectation is that the latest surge will soon begin to slow.

“We are following the trajectories from places like South Africa and the U.K.,” said Health Commissioner Dr. David Chokshi. “And based on the shapes of those curves, as well as what we’re seeing in our own data, I’m hopeful that we will see a peak before too long, meaning in the next few weeks. And I hope within the next two to three weeks.”