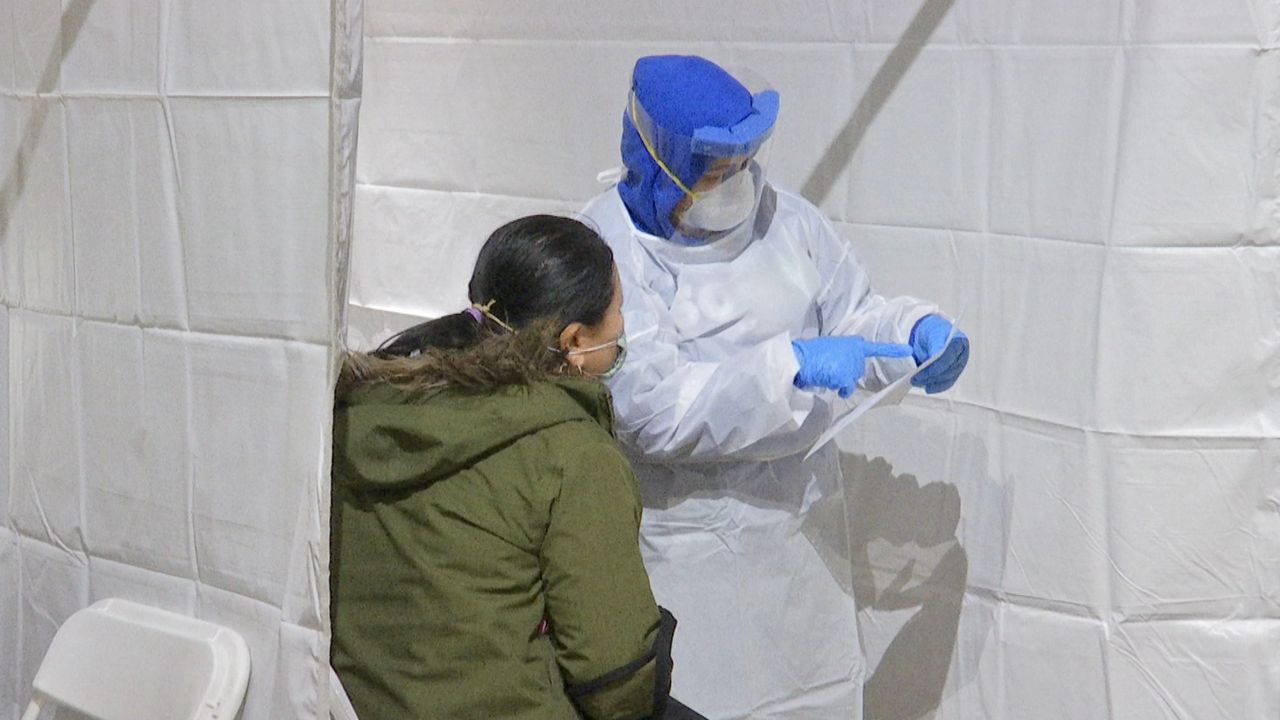 More pop-up COVID-19 testing sites opened across the city Monday, with two of them appearing at major transit hubs: one at the 42nd Street-Times Square subway station and the other at Grand Central Terminal.

Winnifred Lee was one of the first people to get swabbed at Grand Central. She lives in Washington Heights, but says the accessibility, plus the fact this location was indoors, was incentive enough for her to make the trip.

“My friend tested positive on Saturday, and I started feeling sick today, so I figured I should get tested,” said Lee. “There are sites closer to me, but they’re outdoors, so when I saw there was one inside the subway station, I was like, ‘I should try to come here.’”

Convenience was also a factor for Felix Manuel, a nurse from Queens. He was nearby Grand Central, so he popped over to get his booster shot.

“I specifically chose this time of the year to have my booster done because I’m on vacation, so I don’t have work til the second.”

The new sites opened the same day the CDC updated some of its guidelines. The agency shortened its recommended quarantine time for people who test positive for COVID from 10 days down to five days, if asymptomatic.

It says people exposed to the virus who are not vaccinated, or had their shot shot more than six months ago, should quarantine for five days.

If you’re boosted, you no longer have to quarantine after an exposure, but should wear a mask for 10 days.

Dr. Matthew Harris, the medical director of Northwell Health’s vaccine program, believes these changes speak to the differences in the omicron variant compared to earlier versions of the virus.

Dr. Harris says the new guidelines also emphasize the importance of getting boosted.

“Your status, the vaccination protection wanes over months, and certainly, you are not protected with two doses in a meaningful way against the omicron variant,” Dr. Harris said.

That’s why he welcomes the new pop-up locations, saying expanded access to boosters — and testing — is the way out of this pandemic.

“Knowledge is power here,” Dr. Harris said. “Identifying those with COVID is the only way we can mitigate further exposure of those who are at-risk.”

Gov. Kathy Hochul, who Friday announced she was shortening the isolation period for critical workers from 10 to five days, praised the CDC guidelines.

She released a statement Monday saying, “This is a critical step to support our small businesses, critical industries, and essential services as we get through this new variant.”