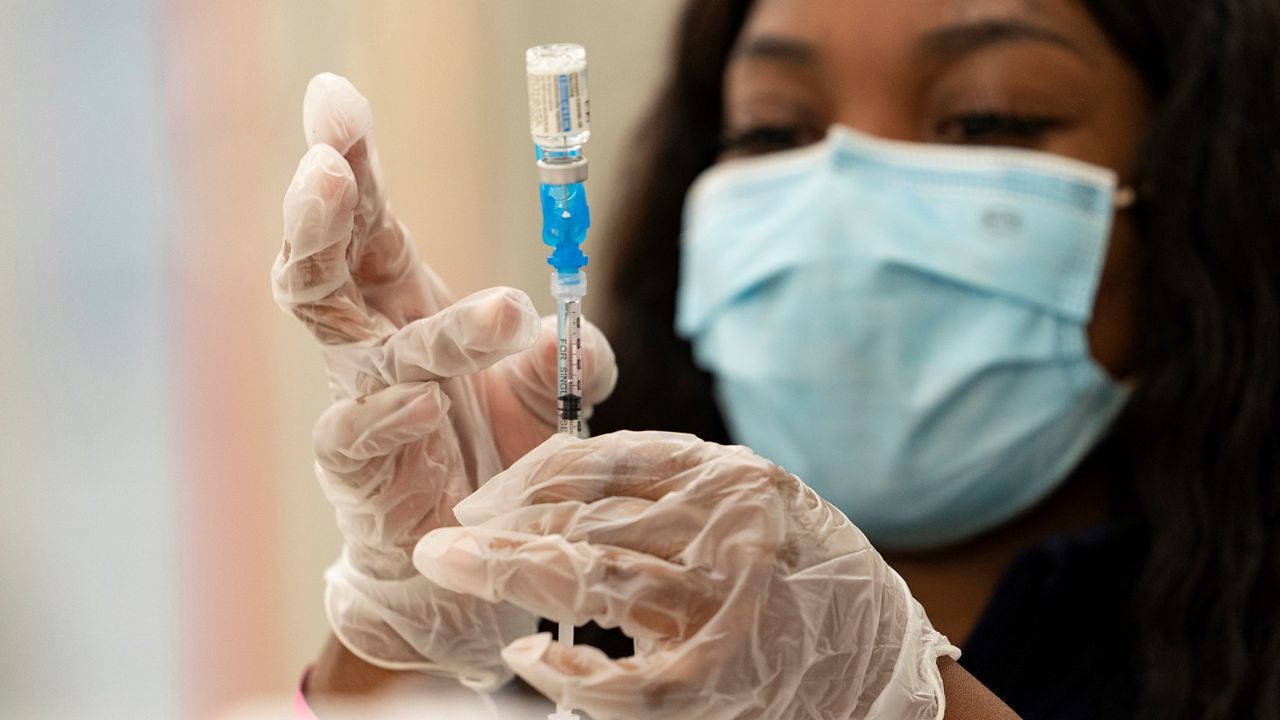 A panel of advisers to the Centers for Disease Control and Prevention (CDC) unanimously voted Thursday to recommend the Pfizer-BioNTech or Moderna mRNA COVID-19 vaccines over Johnson & Johnson's shot, citing increasing evidence that the single-dose coronavirus vaccine can cause rare but serious blood clots.

The strange clotting problem has caused nine confirmed deaths after J&J vaccinations — while the Pfizer and Moderna vaccines don’t come with that risk and also appear to be more effective, advisers to the CDC said.

It’s an unusual move and the CDC’s director, Dr. Rochelle Walensky, must decide whether to accept the panel’s advice.

Until now the U.S. has treated all three COVID-19 vaccines available to Americans as an equal choice, since large studies found they all offered strong protection and early supplies were limited. J&J’s vaccine initially was welcomed as a single-dose option that could be especially important for hard-to-reach groups like homeless people who might not get the needed second dose of the Pfizer or Moderna options.

But the CDC’s advisers said Thursday that it was time to recognize a lot has changed since vaccines began rolling out a year ago.

In a unanimous vote, the advisers decided the safer Pfizer and Moderna vaccines are preferred. But they said the shot made by J&J’s Janssen division still should be available if someone really wants it — or has a severe allergy to the other options.

"Even though there are significant risks to the vaccine, if its the only one that's an option, I want it to be available," one adviser, Dr. Jamie Lear of Cayuga Family Medicine, said.

"I would not recommend the Jansenn vaccine to my family members," CDC adviser Dr. Beth Bell of the University of Washington, said. "On the other hand we do have to recognize that different people make different choices and if they are appropriately informed we should not remove that option for them."

In a statement after the vote, Johnson & Johnson said that it "remains confident in the overall positive benefit-risk profile of its COVID-19 vaccine."

"Given its strong durability, the Johnson & Johnson COVID-19 vaccine remains an important choice in the U.S. for people who can’t or won’t return for multiple vaccinations or who would remain unvaccinated without an alternative to the mRNA vaccines," the company wrote. "With ease of storage and transport, it offers a vital tool, and in many populations, including in low- and middle-income countries, our vaccine is a critical and sometimes only option. Johnson & Johnson is one of the largest suppliers of COVID-19 vaccines to the African Union and COVAX, which supports equitable distribution of COVID-19 vaccines to the 190 participating countries."

“The safety and well-being of those who use the Johnson & Johnson vaccine continues to be our number one priority,” said Mathai Mammen M.D., Ph.D., Global Head, Janssen Research & Development, LLC, Johnson & Johnson. “We appreciate today’s discussion and look forward to working with the CDC on next steps. In addition, we strongly support education and generating awareness of rare events, such as Thrombosis with Thrombocytopenia Syndrome (TTS) and how to effectively manage it.”

The clotting problems first came up last spring, with the J&J shot in the U.S. and with a similar vaccine made by AstraZeneca that is used in other countries. Eventually U.S. regulators decided the benefits of J&J’s one-and-done vaccine outweighed what was considered a very rare risk — as long as recipients were warned.

COVID-19 causes deadly blood clots, too. But the vaccine-linked kind is different, believed to form because of a rogue immune reaction to the J&J and AstraZeneca vaccines because of how they’re made. It forms in unusual places, such as veins that drain blood from the brain, and in patients who also develop abnormally low levels of the platelets that form clots. Symptoms of the unusual clots, dubbed “thrombosis with thrombocytopenia syndrome,” include severe headaches a week or two after the J&J vaccination — not right away — as well as abdominal pain and nausea.

While it’s still very rare, the Food and Drug Administration told health care providers this week that more cases have occurred after J&J vaccinations since the spring. They occur most in women ages 30 to 49 – about once for every 100,000 doses administered, the FDA said.

Overall, the government has confirmed 54 clot cases – 37 in women and 17 in men, and nine deaths that included two men, the CDC’s Dr. Isaac See said Thursday. He said two additional deaths are suspected.

The CDC decides how vaccines should be used in the U.S., and its advisers called the continuing deaths troubling. In comparing the pros and cons of all the vaccines, the panelists agreed that side effects from the Pfizer and Moderna vaccines weren’t as serious — and that supplies now are plentiful.

Nor is J&J still considered a one-and-done vaccine, several advisers noted. The single-dose option didn’t prove quite as protective as two doses of the Pfizer and Moderna vaccines. Plus, with extra-contagious virus mutants now spreading, booster doses now are recommended.

Several countries, including Canada, already have policies that give preference to the Pfizer and Moderna vaccines. But J&J told the committee its vaccine still offers strong protection and is a critical option especially in parts of the world without plentiful vaccine supplies or for people who don’t want a two-dose shot.

While blood clots are rare, “unfortunately cases of COVID-19 are not,” J&J’s Dr. Penny Heaton said.

The U.S. is fortunate in its vaccine availability and Thursday’s action shouldn’t discourage use of J&J’s vaccine in places around the world where it’s needed, said CDC adviser Dr. Matthew Daley of Kaiser Permanente Colorado.

The FDA also warned this week that another dose of the J&J vaccine shouldn’t be given to anyone who developed a clot following either a J&J or AstraZeneca shot.

The committee also heard some of the first data on reported side effects of Pfizer vaccinations in younger children. Early last month, the CDC recommended a two-dose series for that age group, and more than 7 million doses have been given so far. But few problems have been reported. Of the 80 reported cases of serious side effects, about 10 involved a form of inflammation that has been seen in male teens and young adults.

This is a developing story. Please check back for updates.