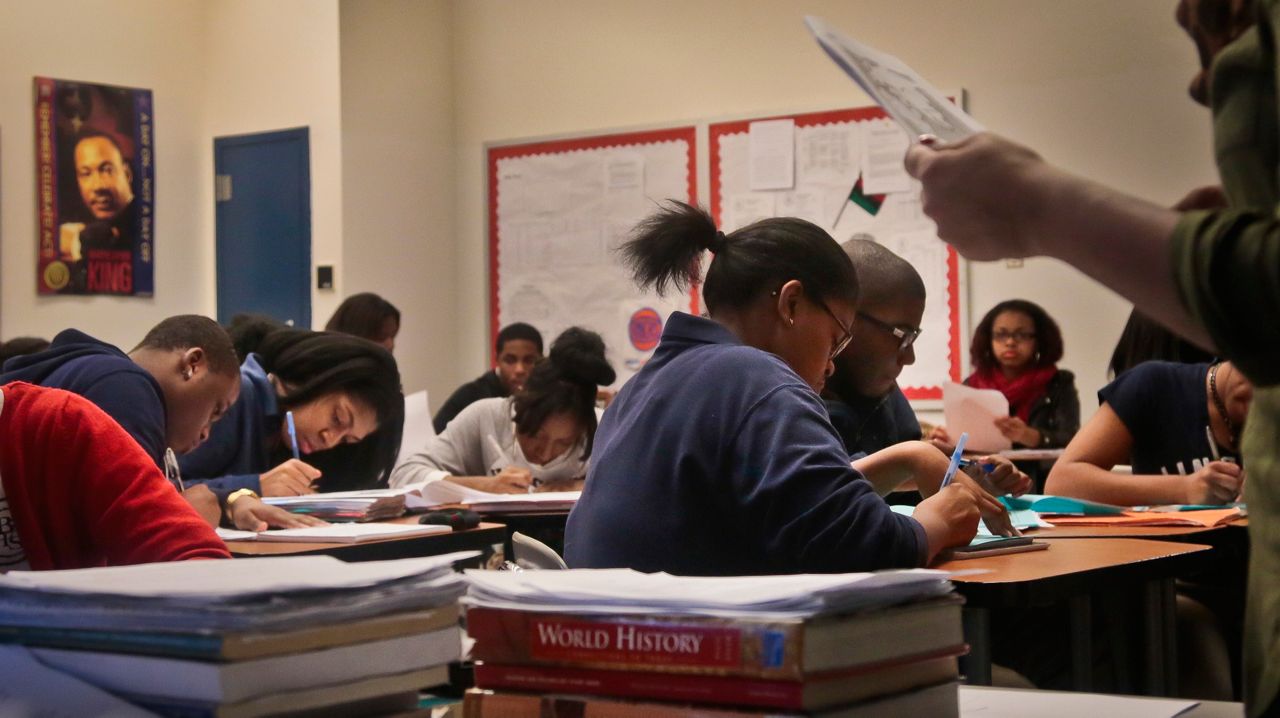 Time running out for class size bill to pass this year

A bill being considered by the City Council, and backed by the teachers’ union, would amend administrative codes to require fewer students per square foot in city classrooms.

But the de Blasio administration has testified that the legislation would be disruptive, expensive and take years to implement. And Council Speaker Corey Johnson has not yet brought the bill forward for a vote. He says they're in the process of making changes to make it feasible.

“You’re going to have to create tens of thousands of additional new school seats, which I support, to meet the mandate that’s in the bill,” Johnson said. “We’re trying to figure out the right, responsible and enforceable way to get that done.”

Union president Michael Mulgrew says the bill has already been amended to reflect numbers crunched by the Independent Budget Office, and says the time for a vote is now.

“This has not been done willy nilly. This has been done responsibly,” Mulgrew said.

Almost two decades later, not much has changed. She was rallying for the same thing just last week.

“It didn’t change yet, but hopefully it can change this time to make our classes smaller, to improve our instruction and to make it safer for our kids,” she said.

Educators like Flash believe the pandemic — and the social distancing that has come with it — makes this the moment to finally pursue smaller class sizes.

“Every study has shown that smaller class sizes improve instruction. So ideally, even if we could make them a little bit smaller and have more one-on-one instruction with students, that would make the world of difference,” she said.

It would also, proponents say, make students safer. Flash, like most high school teachers, typically has about thirty-four kids in her classes. That leaves little room for spacing them out.

“There’s barely enough room for me to walk between the rows of kids to get between them because they’re so tightly packed in the classroom. There’s a lot of kids in there,” she said.

The council has one more stated meeting on its agenda before the new year, when a new mayor, and a new council, take over.