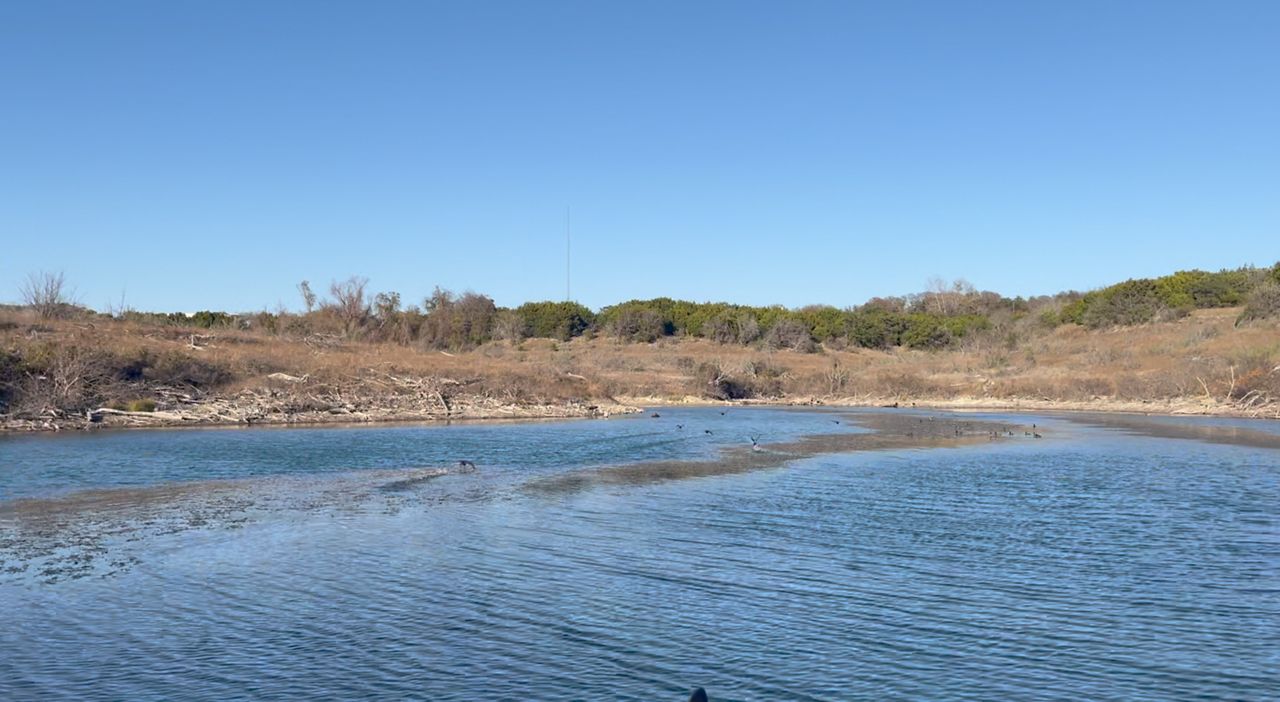 Experts say the hydrilla was first discovered in the Central Texas lake in the '90s, but it's now more abundant than ever before.

One Central Texan is working to explain what that means for fishermen, kayakers and swimmers. Bob Maindelle is a full-time professional fishing guide. He owns Holding the Line Guide Service.

"It's just a great feeling to be able to serve people by doing something that you truly love to do," Maindelle said.

Lately a number of people have been asking him: what is growing in Stillhouse Hollow Lake?

"My clients began asking questions," Maindelle explained. "'What is this stuff in the lake? Is it the bottom? Is it algae? Is it gunk?'"

It is an invasive species of plant called hydrilla. Experts say the hydrilla was first discovered in the Central Texas lake in 1995.

While there are pros to hydrilla growth, such as improving the largemouth bass population, hydrilla does have the potential to become a problem. At this point, the hydrilla has made some coves unreachable for fishermen.

“A cove in the upper third of the reservoir closest to the river, this is where the hydrilla growth is most abundant," Maindelle said. "It's difficult now for a bass angler to get a trolling motor or an outboard motor up in here. A bank fisherman certainly couldn't fish from the bank up here any longer.”

Maindelle says while that is a problem, the entire lake is not battling the issue.

"If it becomes like this in years to come, then certainly action may be called for," Maindelle explained.

But visitors can help.

"Clean your equipment," Erlandson said. "Because even a little bit of this can transfer to another body of water."'

Texas Parks and Wildlife expects cold water temperatures to reduce hydrilla coverage this winter and has no plans at this time to treat hydrilla at Stillhouse Hollow Lake.

However, officials say if the plant starts to limit access to beaches or boat ramps, they could reconsider.

"As you pointed out, it was first discovered in Stillhouse Hollow in 1995, and since that time it has fluctuated from very small amounts to coverages similar to what is present today. Stable water levels over the past couple of years have provided good growing conditions, allowing it to expand, particularly in the middle and upper portions of the reservoir.  Large areas of the lower reservoir and deeper areas in the middle and upper reservoir remain hydrilla-free, however, allowing for recreational boating and angling for open-water species such as white bass.

"Our vegetation survey in late summer indicated that the hydrilla did not impede access at any boat ramps. I should also note here that hydrilla beds are very popular with black bass anglers and Stillhouse is no exception. Our electrofishing survey this fall also showed a much improved largemouth bass population with higher catch rates of larger individuals as well as an excellent spawn. In addition, forage in the form of bluegill, redear, gizzard shad and threadfin shad are high relative to historic levels.  Hydrilla is an exotic species that can be invasive and problematic in many instances, but in this reservoir it appears to be providing good fish habitat, with a lot of angler support for keeping it.

"The Texas Parks and Wildlife Department is monitoring hydrilla in Stillhouse Hollow. Cold water temperatures will reduce its coverage quite a bit over the winter, so there are no plans to treat any areas of hydrilla at this time. If access to boat ramps or swim beaches becomes impeded in the future, treatment of those areas is an option that could be considered."