The city's Veterans Day Parade as it marched its way up Fifth Avenue on Nov. 11, 2021. NY1/Rebecca Greenberg.

“We are a vanishing breed," Strauch said Thursday.

“I’ve done everything I can to keep myself safe," added Strauch, one of the 16 million Americans who fought in World War II. Just 240,000 of them are still with us.

“I wish them all well and I hope they last as long as I did — I do,” Strauch said.

Before the parade kicked off, veterans and elected leaders attended a wreath-laying ceremony in nearby Madison Square Park to commemorate this day and praise veterans for their commitment and sacrifice: 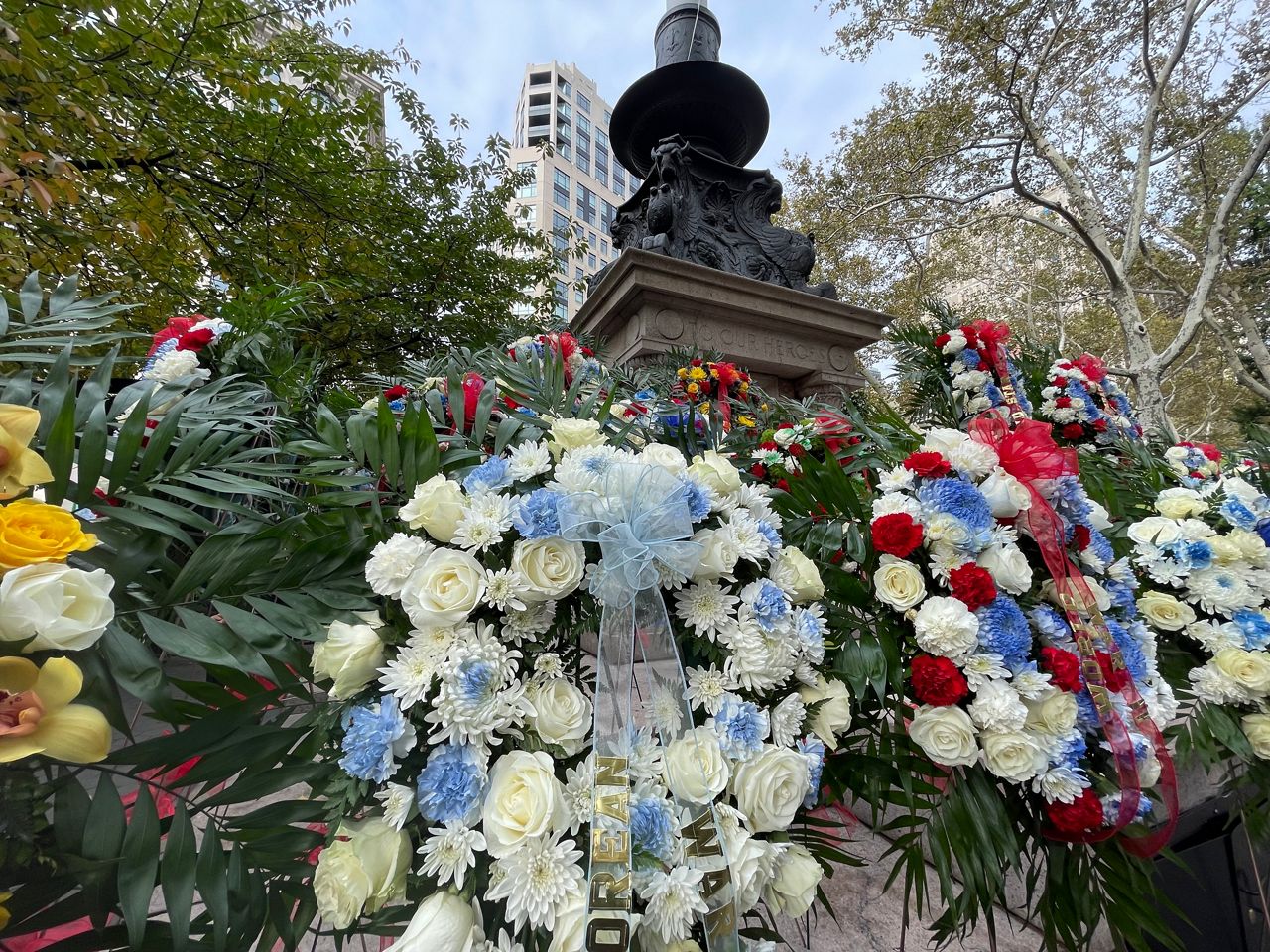 “There is no one more disciplined, no one more committed, there’s no better member of a team than a veteran of the United States Armed Forces,” Mayor Bill de Blasio said.

The 102nd annual parade kicked off on 29th Street just after noon and marched its way up Fifth Avenue to 45th Street. Nearly 200 different groups participated in this year‘s parade, down from more than 300 back in 2019, but event organizers said they were hopeful that number will grow as we continue to recover from the COVID-19 pandemic.

On Thursday, thousands of New Yorkers honored those who served the nation in the past. Many said it felt like the start of a new future. The pandemic forced the cancellation of last year’s parade. 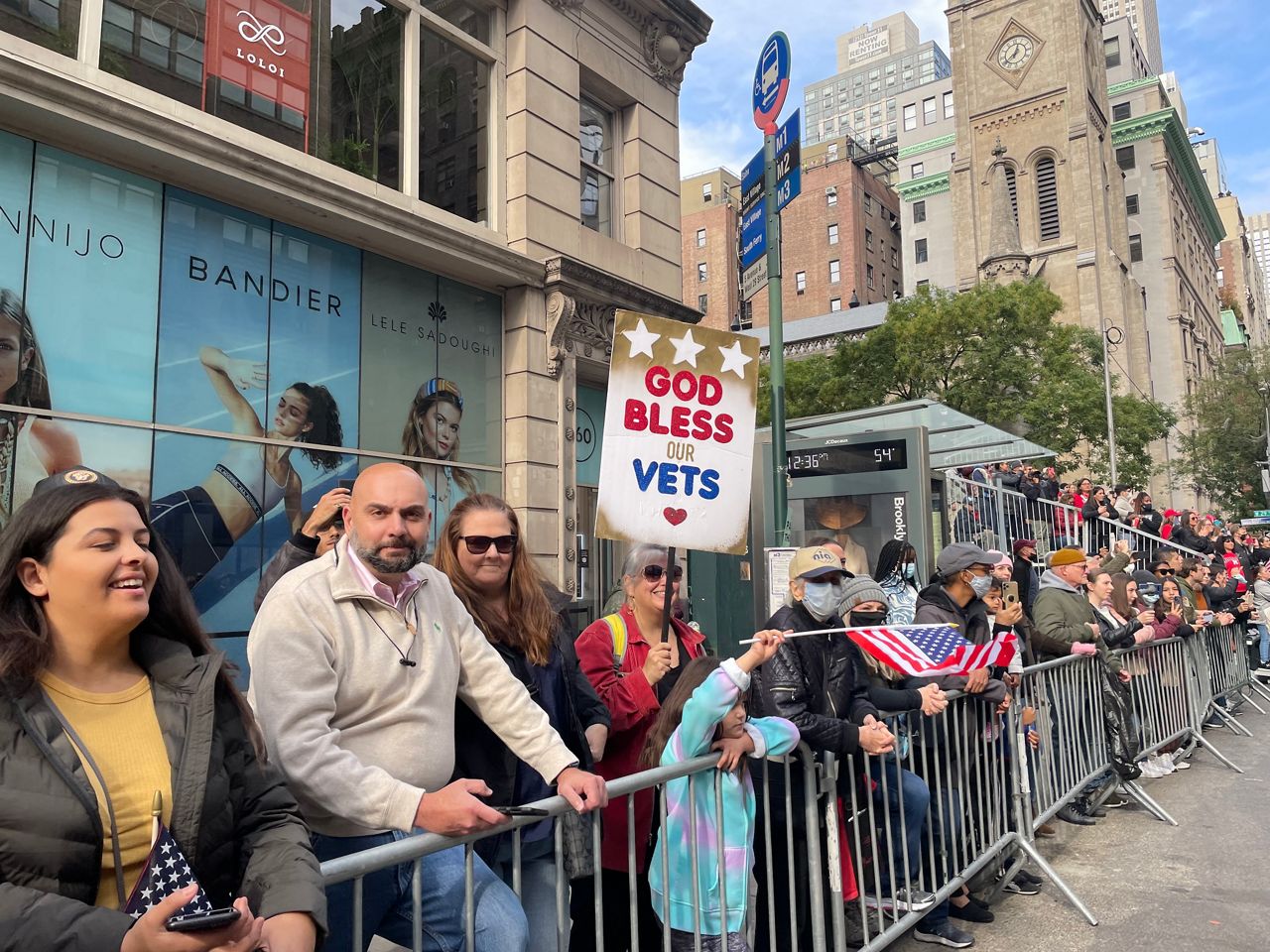 Some of the parade attendees. NY1/Rebecca Greenberg.

John Christ, a Vietnam veteran, said it felt a milestone on the road to recovery. “It feels so good, like I was reborn. It's unbelievable," Christ said. "All my brothers and sisters are out here to celebrate Veterans Day, a day we will never forget.”

“Never Forget” served as an unofficial theme for Thursday’s event, as the Veterans Day Parade this year marked the 20th anniversary of the 9/11 terror attacks and the War on Terror.

That feeling of camaraderie was alive and well this year as onlookers offered messages of love and support for not just veterans, but for service members who protect our country every single day.

“Thank you for everything, for all of your sacrifices, whether it be leaving your family or missing out on certain things, we certainly appreciate all you do for us," parade attendee Susan Jex said.