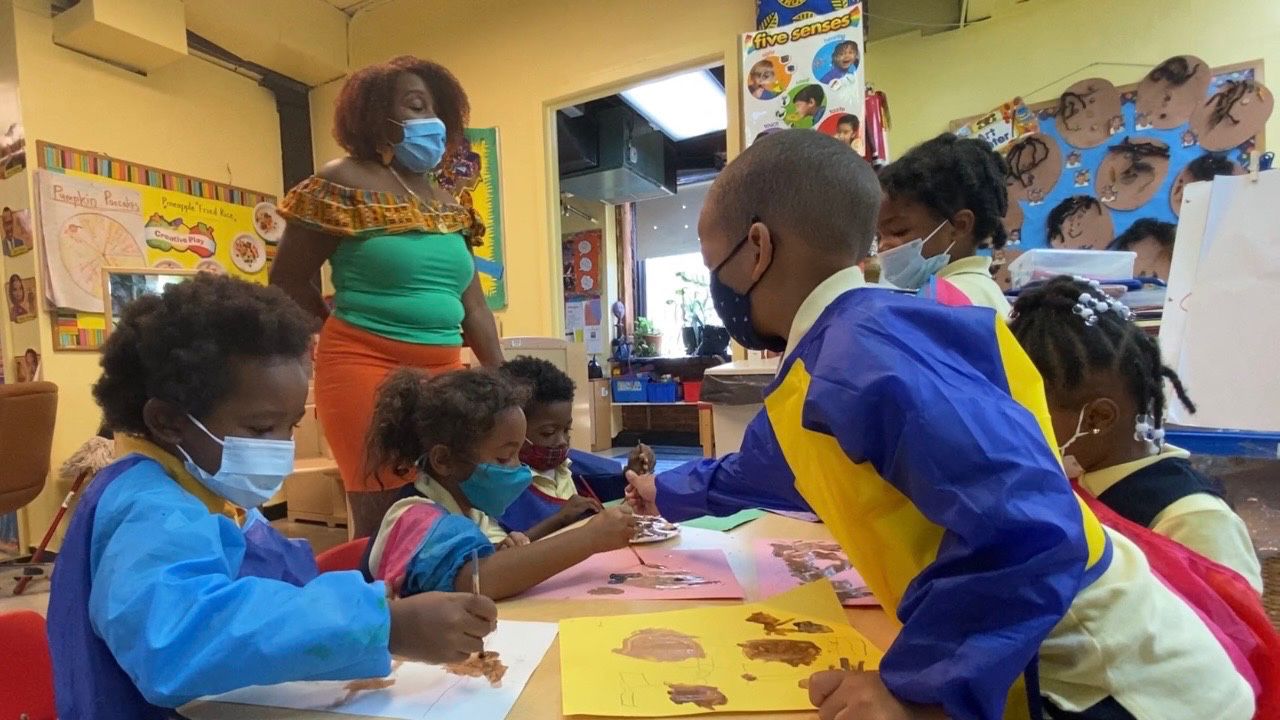 Fela Barclift made it her mission 41 years ago to give Black and Brown children the education she never had.

“My educational experience was a nightmare, to say the least,” Barclift told NY1.

Her path to the the David Prize began when her family moved to Brooklyn from the south when she was a little girl. She says all of her teachers came from different communities and none of them looked like her.

Barclift made it her mission to change that by founding Little Sun People in Bedford-Stuyvesant in 1980.

“We connect them to themselves with the resilience, the heroic survival of our people and how much they—“ Briarclift said before choking up and beginning to cry.

She said Black history fills her with mixed emotions: sometimes sadness, but also immense pride. The curriculum she developed is Afrocentric, meaning children are taught about Black trailblazers like Rosa Parks and Malcom X.

“Everything I had ever heard about Africa was negative, horrible. And I didn’t want to be associated with that. Fortunately, he put me on a search,” Barclift said.

That search eventually put her on a pathway to success. Since its founding, Little Sun People has become wildly popular, with 500 children on the waiting list for just 56 seats. Now, she’s looking to grow.

“While I’m still here, I want to get it written so I can share it with people who can’t come to Little Sun People,” Barclift explained.

Thanks to the David Prize, Barclift can do just that. She was awarded $200,000, no strings attached. She plans to use that money to expand her curriculum citywide.

“Can you imagine? Little ones like me getting to have this in schools all over New York City,” Barclift said.