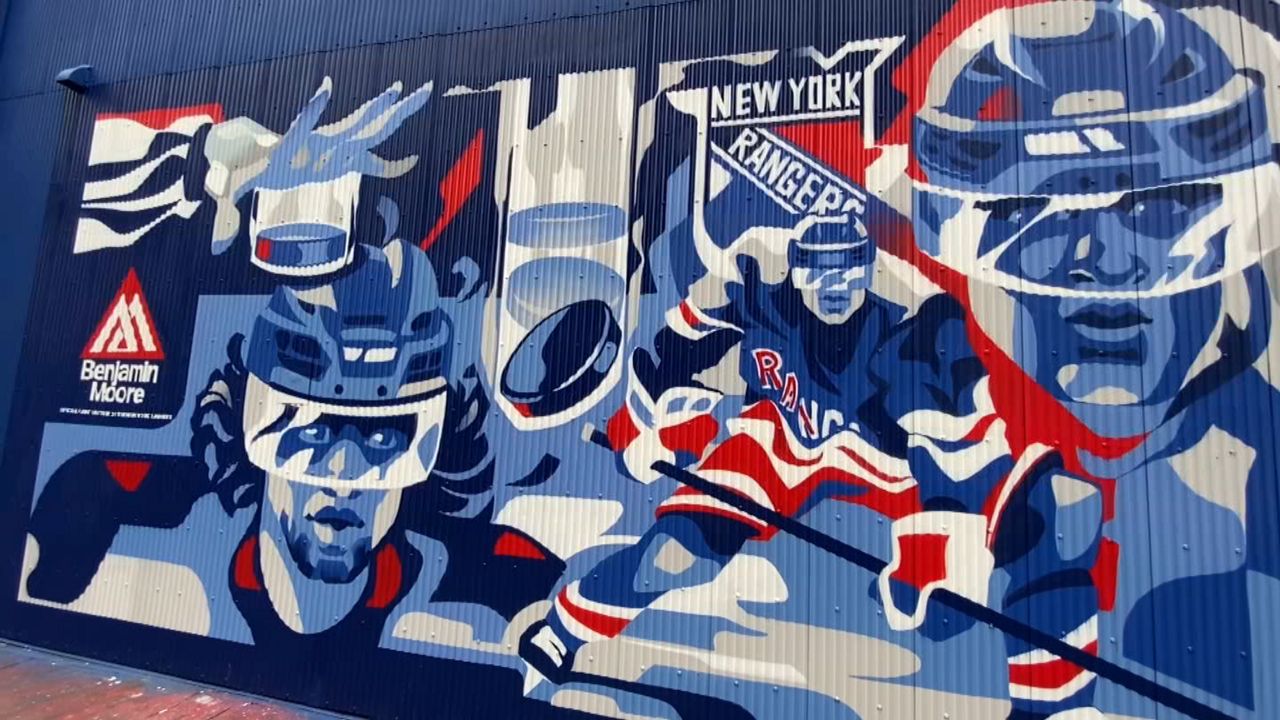 The mural located at Rivington Street and the Bowery. NY1 photo

New York Rangers Legend Adam Graves is checking out a mural paying tribute to the team he played on for 10 seasons, including 1994 when the Rangers won the Stanley Cup.


The artwork is not near Madison Square Garden, but around three miles south of the Rangers home ice, on Rivington Street and the Bowery. It's all about getting fans around town pumped up for the new season.

"One of my favorite things to do in life is to be in The Garden when the Rangers are introduced at the beginning of the game, and they step on to the ice and then the national anthem and the energy of the crowd," said Graves.

The mural by artist Key Detail will be up through Oct. 20, and fans can scan their phone on a QR code for a chance to win two tickets to the Jan. 28 game saluting longtime Rangers goalie Henrik Lundqvist, who just retired from hockey.

The artwork is a celebration of a new season for the Broadway Blueshirts.

For players, Grave says, there are always some butterflies at the start of a new campaign.

"That never goes away, and I think some of it is nerves but also excitement to playing the game," said Graves.

Across the street from the mural in a storefront at 2 Rivington Street is a pop-up tribute to Mr. Ranger, Rod Gilbert, who played for the team for nearly two decades.

Gilbert, who was associated with the team for a half-century, passed away in August at the age of 80.

"Rod was New York City, New York City was Rod," said Graves. “He was a proud New Yorker, and it didn't matter where he went in the city, everybody knew Rod Gilbert."

Some of the items on display are on loan from the Hockey Hall of Fame in Toronto.

"It's a great tribute yet sad that Mr. Gilbert is gone, but we are honored to be down here and were able to bring a few items that we have in our collection to complement what the Rangers are doing," said Craig Campbell, manager of the resource center and archives at the Hockey Hall of Fame.

The Rod Gilbert tribute will be open to visitors through Oct. 18.