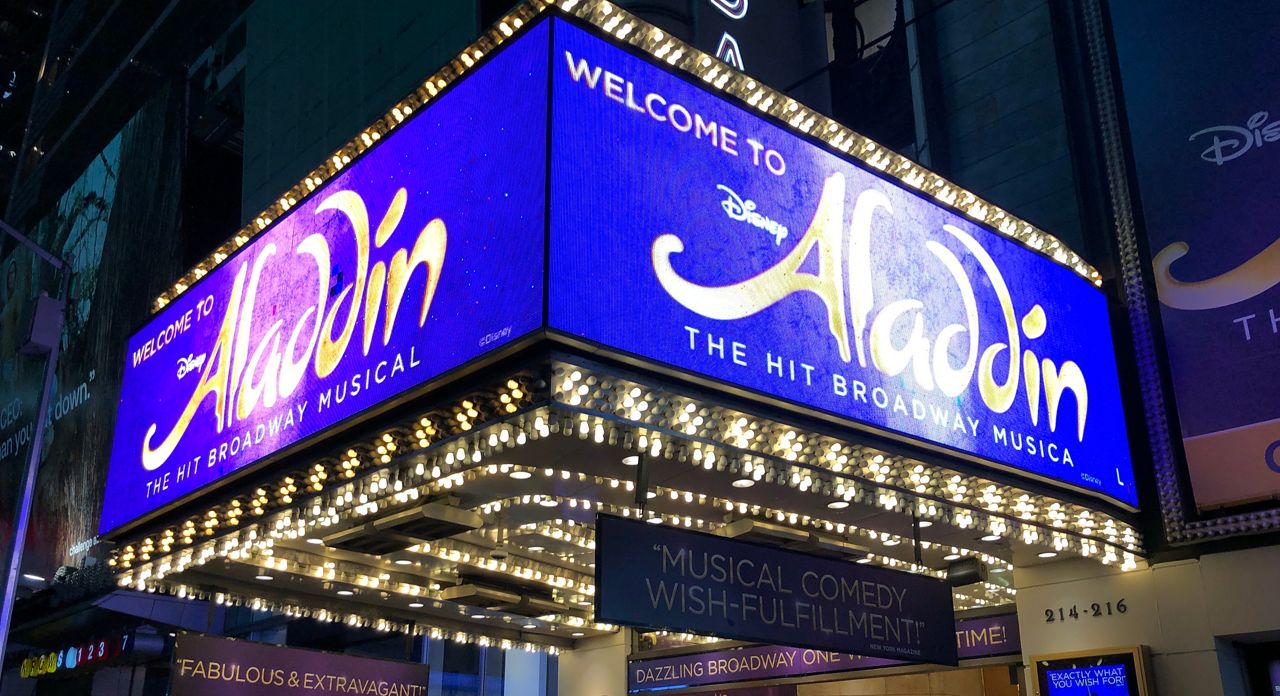 The marquee outside the New Amsterdam Theatre. (Photo by Kenneth Kaplan/Spectrum News)

Broadway's 'Aladdin' shuts down due to COVID breakthrough cases

NEW YORK — Just as Broadway begins its long road to reopening, there's been a set back.

Wednesday night's performance of "Aladdin" on Broadway was canceled due to COVID-19 breakthrough cases.

It came a day after the show reopened for the first time in 18 months.

The production takes place at The New Amsterdam Theatre in Times Square.

A statement was released Wednesday night saying all tickets to the performance will be refunded.

In a statement, the theater company said in part, "Through our rigorous testing protocols, breakthrough COVID-19 cases have been detected within the company of Aladdin at The New Amsterdam Theatre. Because the wellness and safety of our guests, cast and crew are our top priority, tonight's performance is canceled."

There's no word yet if Thursday's performance will go on as scheduled.

Jennifer Finch was one of the people who had tickets for Wednesday's show. She said she arrived with her two daughters about a half hour before it was scheduled to begin.

“As soon as we got there, I saw the gates. I said, 'Oh my God, it's curtain up already. They are not letting people in.' That was my first thought," Finch said.

"I have been to a ton of shows and I never had a cancellation, and apparently it was canceled within the hour of curtain up, so it was not even a matter of getting information. We were already on our way when it happened," she added.

Finch said many ticket holders were outside the theater disappointed, with some even in tears. Her daughters were upset too, especially her youngest, Karlie, who was counting down the days to see her first Broadway show.

"The entire ride into the city, we were listening to the soundtrack and we were signing, and I think when I had to explain to her, 'Jasmine is not feeling good today so we are not going to see the show,' it was a bummer," Finch said.