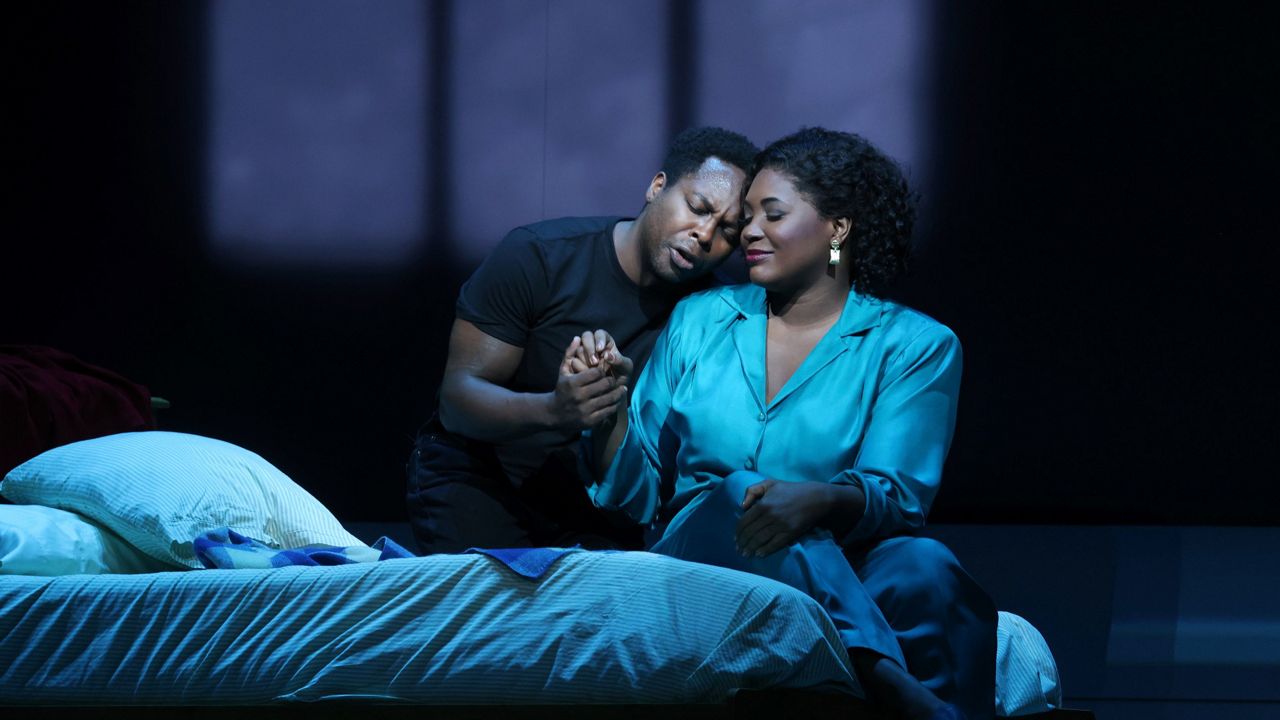 Will Liverman, left, and Angel Blue perform during a rehearsal of "Fire Shut Up in My Bones" at the Metropolitan Opera house, Friday, Sept. 24, 2021, in New York. (AP Photo/Jason DeCrow)

The Metropolitan Opera House is set to reopen Monday after having closed its doors for over 18 months due to the pandemic.

The opening night performance will be "Fire Shut Up in My Bones,” composed by Terence Blanchard.

It will be the first opera hosted at the Met created by a Black musician.

NY1 spoke with the Met’s General Manager Peter Gelb via Skype ahead of the reopening.

"It's been a very trying time for all the members of the company. They're very courageous to have stood the test, and it's remarkable that we're coming back after such a long time,” Gelb said.

A mandatory vaccination policy is in effect if you plan to attend.