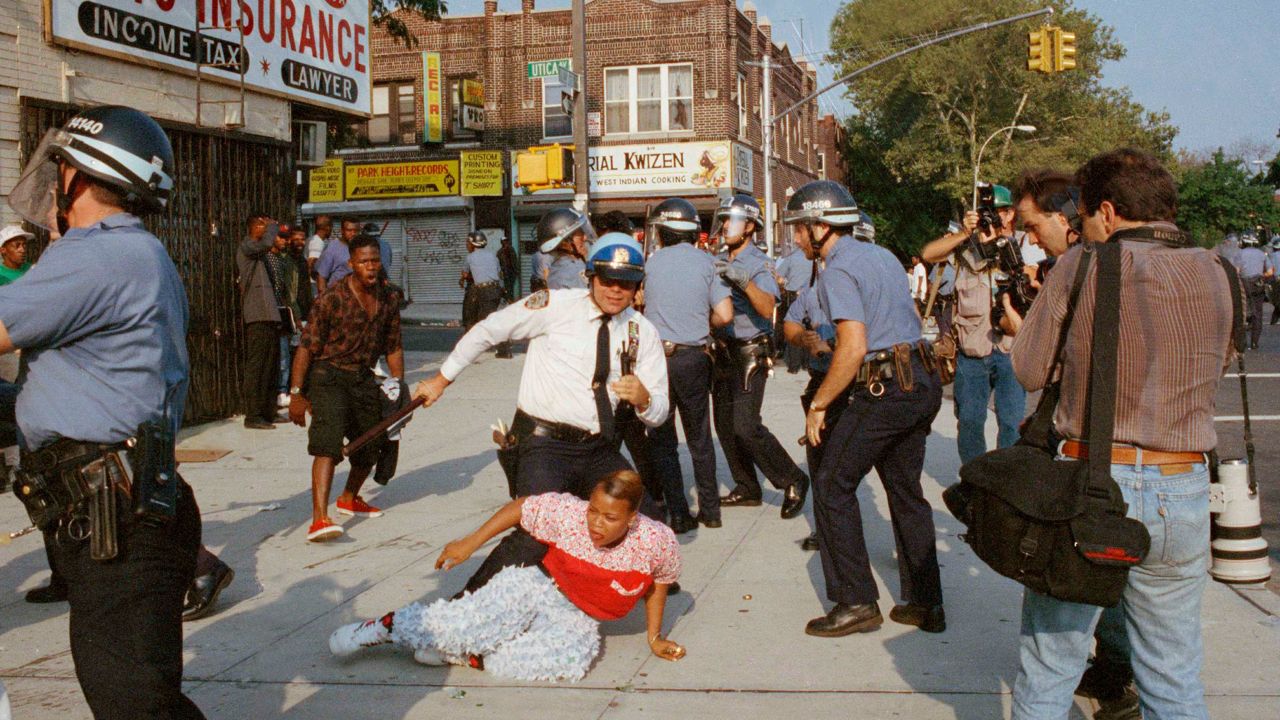 Confrontations between police and protesters during Aug. 1991 was sparked by a car accident that left a 7-year-old Black child dead and a Hasidic man stabbed to death in the melee that followed. (AP Photo/Joe Major)

What policing lessons can be learned from the Crown Heights riots?

It was three days of chaos, violence and death in Brooklyn 30 years ago.

“Riots broke out, the neighborhood was in turmoil and our response, the police response was slow,” Kelly recalled.

The NYPD was blamed for not putting an end to the violence and rioting. It all started when 7-year-old Gavin Cato, who was Black, was killed when a station wagon jumped the curb, hitting him. His cousin Angela Cato, also 7, was seriously injured. The vehicle was driven by a 22-year-old Jewish man who was part of a Lubavitch Hasidic motorcade.

Some said a Jewish ambulance crew helped the driver, but not the little boy. That also angered African Americans and Caribbeans living in the community.

“We were able to bring in more resources in the third day and quell the disturbance,” said Kelly. "It was a very nasty time.”

Tensions were already high between the Black and Jewish communities in Crown Heights. During the violence an innocent man, 29-year-old Yankel Rosenbaum, was stabbed to death by 16-year-old Lemrick Nelson.

Both communities chanted they wanted justice and clashed in the streets.

Nelson eventually did federal jail time for violating the civil rights of Rosenbaum. The driver of the station wagon that killed Cato was not indicted for the accident.

Two years after the riots, a 600-page state report blasted then Mayor David Dinkins and Police Commissioner Lee Brown, both who were African-American, for not protecting life and property and restoring peace.  Kelly, and other high-ranking officers were also criticized.

Kelly said he and his bosses were not to blame for days of chaos.

“Let me say that report was a political document. Neither Mayor Dinkins nor police Commissioner Brown were at fault in that situation,” Kelly said.

Kelly blamed the local police commanders in Crown Heights for not moving in quickly to make arrests.

After the riots, the NYPD started a new unit.

“Disorder Control Unit was put in place because we needed to change how we deployed for major disturbance,” said Kelly.

Kelly is currently the CEO of Guardian Group.

“I think there was a lack of training for disorder in the de Blasio administration,” said Kelly.

Kelly admits whether it was 30 years ago or now, the NYPD should always be ready to adequately respond to civil unrest and riots, but that’s not always the case.