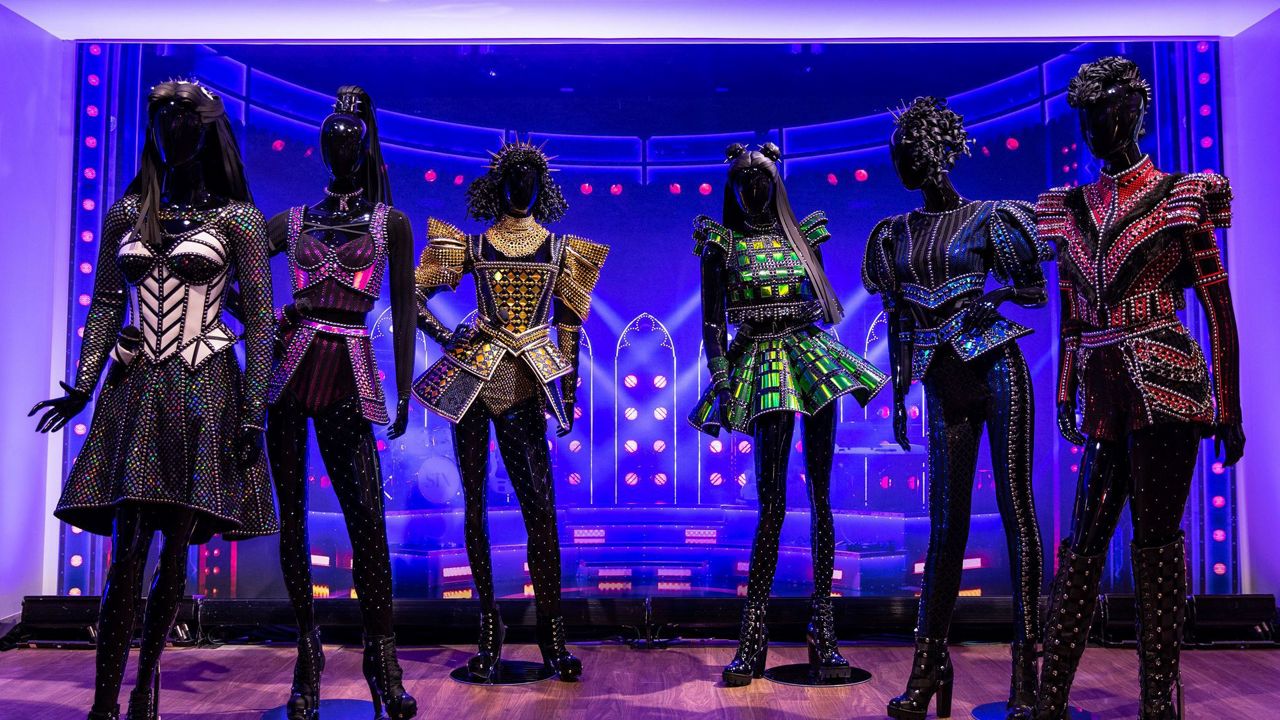 A new exhibit on 42nd Street in Times Square is celebrating the work of the costume industry. Photo by Rebecca J. Michelson.

New exhibit celebrating the work of the costume industry opens

Showstoppers! Spectacular Costumes From Stage and Screen is an exhibition of over 100 costumes.

"You can see how they're made, you can see where they come from, but you can also see the people behind them. And that's the most important part," said Brian Blythe.

"People don't know we represent 39 different countries in our workforce. We speak multiple languages. We have over 500 specialty artisans and experts who actually work in our field in New York City. And so by introducing what we do to everyone, we hope that people will buy a ticket. And the proceeds from the tickets will go to our recovery fund," said Blythe.

When asked how much damage has been done to the industry, Blythe shared some devastating numbers.

"When we closed the books on 2020, we polled our members and we tabulated $26.6 million in lost gross revenue because our shops are not facilities that could just shut down, and then, you know, magically reappear when Broadway was coming back. That meant paying rent and overhead when there were no orders. The last tabulation I did, we were in about $3.5 million in collective debt. And for small businesses like ours, the impact of that is going to be felt for the foreseeable future," said Blythe.

Blythe has been an advocate for the costume industry since the very start of the pandemic-induced shutdown.

"The thing is, is that this is kind of personal for me. You know, my partner's livelihood was on the line, which put our entire family sort of in a precarious position,” Blythe said, whose partner in life and in business is John Kristiansen.

"And so the fight really, I'm doing it for my family and the extended family of the costume community," Blythe said through tears.

Despite the hardship they have faced over the last year and a half, Blythe said he is hopeful.

"You know, we know that theater is starting to come back. We've gotten a couple of phone calls at our shop and other shops. There's a certain amount of reserved hope, you know, with the delta variant, but certainly we're at a different place than we were a year ago," concluded Blythe.

For more information head to ShowstoppersNYC.com.