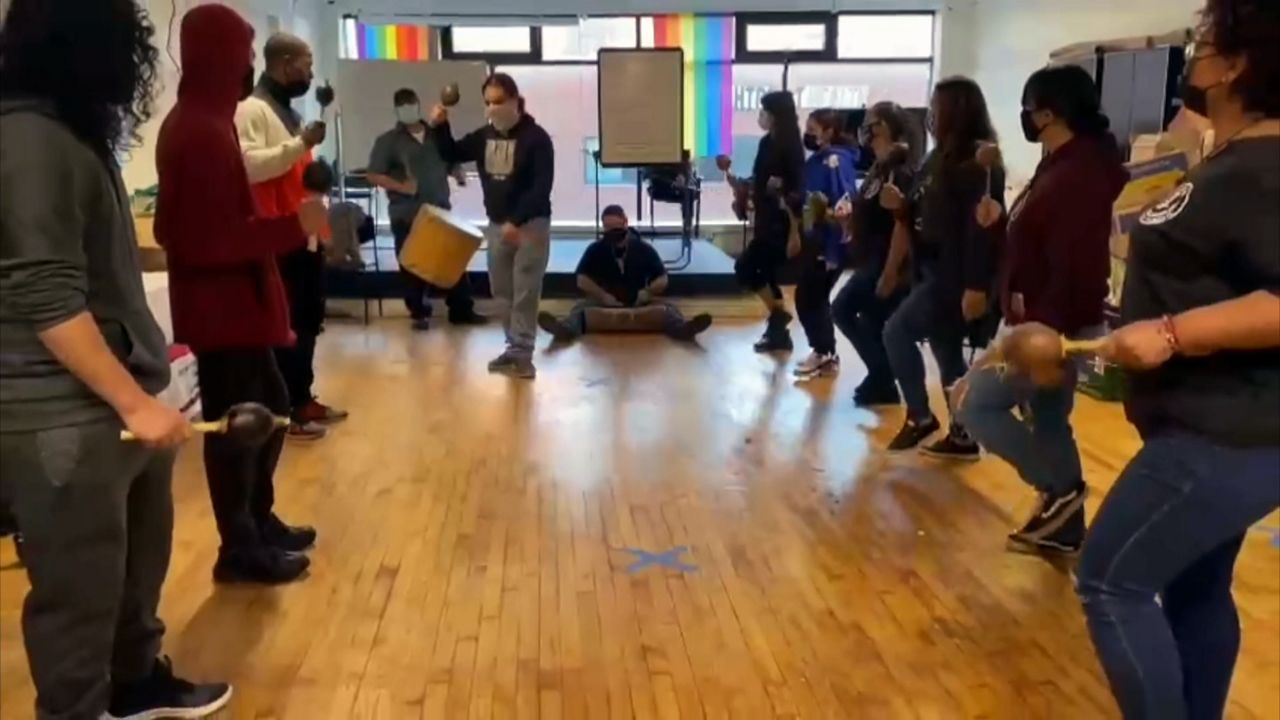 Neveah Thomas is excited about her new apartment in the Bronx.

“This is the bathroom. What do you think about the space? It’s beautiful. It’s very big,” Thomas said.

It’s the first time in a long time that she’s felt at home.

“The space. The area. The environment is very beautiful,” she said.

It was hard for Thomas to find a place she could afford. The 28-year old says she used to work as a sex worker to survive. She is a trans woman, and that made getting a job difficult. She says she was often denied opportunities.

“If I want a job or go to an interview, I would sit there and say, I don’t think I would get the job because of my sex.”

Thomas said she’s grateful to have found the Switch Program, which provides temporary housing for people who are current and former sex workers, have been sexually exploited and identify as transgender or gender nonconforming.

Donahue runs the building in the Pelham Parkway neighborhood. He said trans men and women of color are more vulnerable to sexual violence. They are also less likely to earn living wages, which is why homelessness is so high in that community. Donahue said those who can afford a place, still face racial bias.

“If you are gay or transgender, if you identify as any kind of other, there is a certain amount of stigma that goes with that, on top of the stigma of just waking up in your black or brown skin,” Donahue said.

The newly constructed building is both rent-fee and judgment-free. It was delayed by the pandemic but residents are slowly moving in two the 2-bedroom apartments. There will eventually be 2 people sharing each unit. They can live there for 90 days and the program will then find permanent housing.

The Switch Program is just one of the many initiatives launched by Destination Tomorrow. Founder Sean Coleman opened the LGBT center in the borough in 2009 after the existing Pride Center closed. He used money from his 401K.

“I didn’t receive a salary. I didn’t have a staff. It as just me and a cubicle up in Hunts Point,” said founder Sean Coleman.

Coleman, who identifies as a trans man, got the idea out of his own life experiences.

“We want little black and brown trans, gender nonconforming, LGBT young people to recognize that there's a place in this world for them, that there is a successful path for them,” Coleman said.

Destination Tomorrow also provides visibility. Black and brown trans New Yorkers are able to get help from people who look like them and share their experience.

Thomas has a new job now, working at a center for at risk women. It’s her way of helping others, just like was helped.