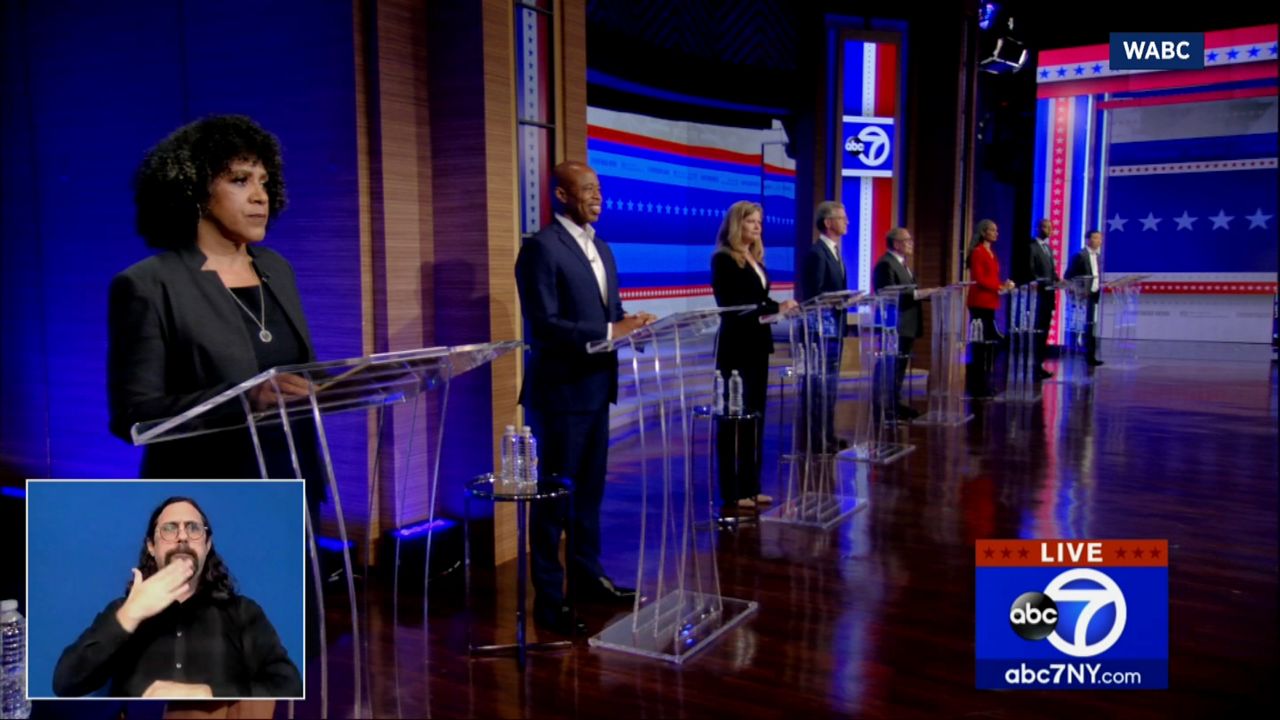 The second mayoral primary debate Wednesday was an all out slugfest among the candidates seeking to stand out from the crowded Democratic field.

For the first hour of the debate — hosted by WABC — the action seemed concentrated on one end of the stage, where Maya Wiley, City Comptroller Scott Stringer and former presidential candidate Andrew Yang traded barbs.

The topic was criminal justice and how to deal with the rise in shootings. Police reform was also on the agenda.

Stringer, struggling on the campaign trail after he was accused of sexual harassment, was on the attack early, going after Brooklyn Borough President Eric Adams and Yang.

Wiley, who is seeking to consolidate support from the left after internal campaign troubles embroiled Dianne Morales' campaign last week, trained her fire on all her opponents, often speaking over moderators.

At one point she focused her attacks on Yang's business record.

"Andrew, venture for America, you promised 100,000 jobs and you created 150," Wiley said. "Graduates of universities did not get the jobs that they were promised."

When given a chance to embrace or reject the support of Mayor Bill de Blasio and Gov. Andrew Cuomo, it was only Andrew Yang who raised his hand, saying he’d welcome their backing.

Going into this debate, most eyes were on three candidates: Adams, Yang and former Sanitation Commissioner Kathryn Garcia, who has received the backing of The New York Times.

During cross examination, Yang focused on attacking Adams, raising questions about his donors and the investigations Adams has faced in recent years, despite never being accused of any wrongdoing.

“Eric, we all know you've been investigated for corruption everywhere you've gone, you've achieved the trifecta of investigations," Yang said.

Adams hit back, attacking Yang for leaving the city at the height of the pandemic and his lack of knowledge and experience with city government.

"You did not vote in municipal elections at all, how the hell do we have you become our mayor with a record like this?" Adams said.

For the most part during the debate, Garcia seemed to hang back from the mudslinging, either a strategic a choice or a missed opportunity.

“We heard a lot of good ideas, but if you have no execution it doesn’t help the city," Garcia said.