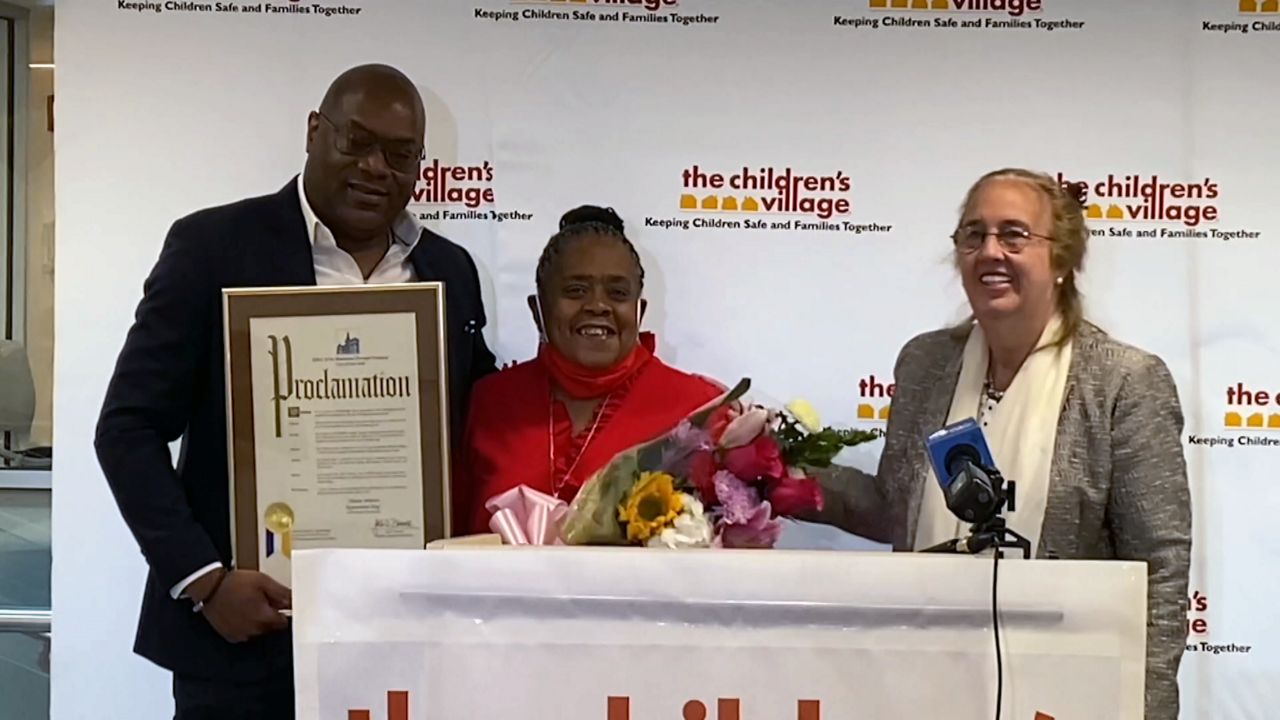 Saturday was a day of recognition for four mothers who have dedicated their time and opened up their homes.

The Children’s Village, a community-based foster care group based in Harlem, organized the ceremony to acknowledge their contributions.

"People were asked to social distance, not take strangers into their homes and kind of separate themselves. These foster parents have still continued to take in children during the pandemic as we needed them to," said Tara Stukes, Director of Adoption Foster Care.

The awards were given in four categories: rookie of the year, resilient teen foster parent, kinship and longest-serving foster parent awards.

Sharon Johnson got the top honor. For more than 35 years, she has been taking care of foster children, all the while raising her 10 biological children. All told, she and her family have welcomed more than 100 foster children through the years.

"They are my own children and they know that. We never called them foster kids. They are our kids. We treated everybody the same as a family. No separation," Johnson said.

"Mother's Day is almost every day to me. When Mother's Day does come around, I'm showered with a lot of stuff. I'll be excited because I know I'm going to get a whole bunch of stuff like Christmas," Johnson said.

Rebecca Collier is a first time mother and foster parent. She had been thinking about it for a while. Collier decided to make it official after learning that some children in the foster care system were staying in hotels instead of homes because of the pandemic.

"Now, I have the most delightful little 2-year-old staying with me, who is the biggest challenge and biggest joy of my life," Collier said.

Collier said being a foster parent has its challenges, but she wouldn’t trade the experience.

"I would jump in front of a bus for him," she said. "I actually moved to a 2-bedroom apartment in an area that has good pre-chools. Yes, I’m 100% committed to this child."

There are nearly 8,000 young people in New York City’s foster care system, and 25,000 statewide. The Children’s Village is urging anyone interested in adoption to reach out.