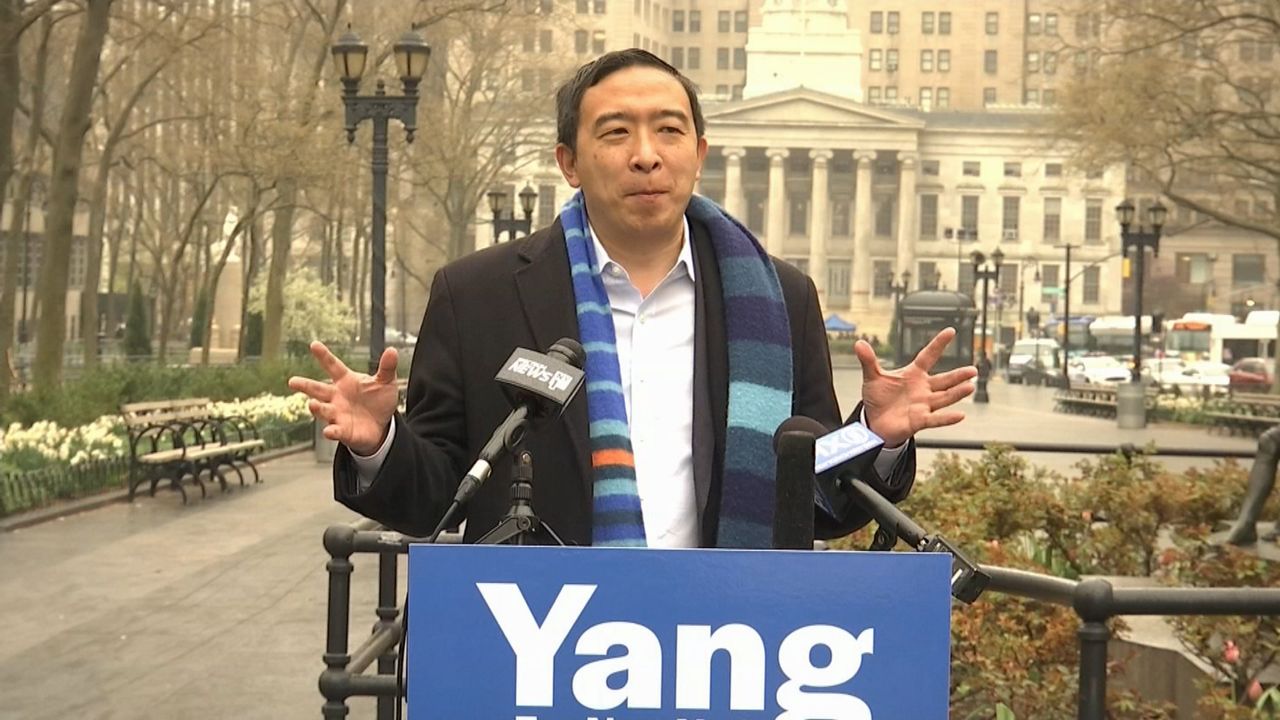 “To the Orthodox Jewish community, I’ve learned so much from you,” he said Wednesday in Midwood. “I’ve enjoyed every moment I’ve spent in your community.”

“What Andrew Yang gives more than any other candidate is a reason to believe that our community has a future in this city,” Yeger said.

“Certain groups have turned Israel into a political football and Yang has taken an early and courageous stance that he would not tolerate the anti-Semitic BDS movement,” Rosenthal said then.

Yang’s condemnation of the pro-Palestinian Boycott, Divestment, Sanctions movement against Israel, is key in his courting of the Orthodox Jewish vote.

But he has equivocated on BDS when speaking with Muslim and Palestinian groups.

Additionally, Yang vocally advocates for a hands-off approach to yeshivas, some of which have been found to deny students instruction in non-religious subjects.

“To the extent that there are problems with these schools, my approach is one of deference and partnership,” he said earlier this week at the Interfaith Youth NYC mayoral forum.

The former presidential candidate has spent much time in Borough Park, where he filmed part of an upcoming TV ad.

He was rewarded with endorsements from Hasidic sects there.

“Happy Sabbath. Enjoy the time with your families. It’s so special,” he says in one video circulated by the group Jewish Wedding Tracks.

Brooklyn public affairs consultant and lobbyist Ezra Friedlander acknowledges that support has coalesced around Yang, but is firm in his backing of Stringer, the embattled city comptroller.

“Look, at the end of the day, there’s an old adage: Two Jews, three views. So there’s always hope for a candidate to pick up support,” Friedlander told NY1, noting that Stringer is well-known and respected in the communities.

Adams has forged bonds with the communities in his time as Brooklyn borough president and, before that, a state senator whose district included Crown Heights.

“And the fight that Jewish communities are having here in Borough Park is no different than the fight that Black students and parents are having in Brownsville,” he says in a campaign video during a visit to a yeshiva with Eichenstein.

On Sunday, Adams is set to visit synagogues and study halls.