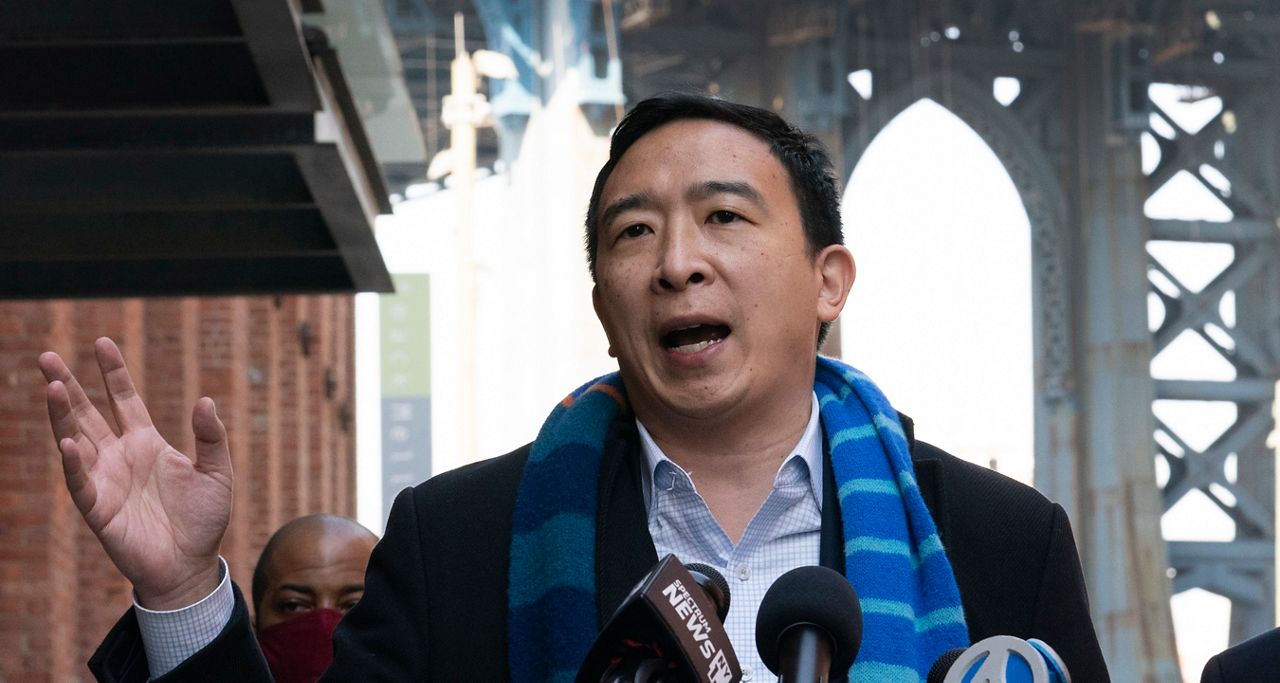 When it comes to political ideology, Andrew Yang doesn't fit one mold

Which lane is Andrew Yang occupying in the race for mayor?

He doesn't know. And he's not worried about it.

“We want to humanize government. We want our government working for us, the people," he told NY1. "How does that get categorized in our current political ideologies? I’m not sure. But I know that New Yorkers want the exact same thing.”

The apolitical outlook is carried over from the presidential bid that catapulted him to fame.

In his campaign for mayor, Yang’s policies and coalition span the Democratic spectrum.

By most standards, he does tack more moderate. He wants to grow some parts of the NYPD. He seeks corporate partners like JetBlue. And he discourages higher taxes on the wealthy.

“If you raise taxes at a level where people actually vote with their feet and also head to Florida, then you’re not serving the policy’s goal, which is generating revenue for the state or the city,” he told the pro-business Association for a Better New York.

At the same time, he proposes dropping tax breaks for the likes of Madison Square Garden and adopting NYPD reforms like a civilian commissioner and a city residency requirement in hiring.

“So you would have hundreds of off-duty officers walking around, which I think would actually improve the atmosphere and sense of public safety,” he said at the Met Council mayoral forum.

Meanwhile, two key Yang proposals are progressive on their face: a basic income for the poorest New Yorkers of $2,000 per year — “a billion dollars in cash relief to eliminate extreme poverty in our city” — and a city-run People’s Bank for those with limited to no access to banking.

But he’s soliciting private-sector investment to boost both ventures — again, making it hard to define him politically.

Yang’s endorsers also run the gamut in betting on the race’s frontrunner.

They also include the centrist New Era Democrats, which in the past endorsed Rudy Giuliani and Michael Bloomberg.