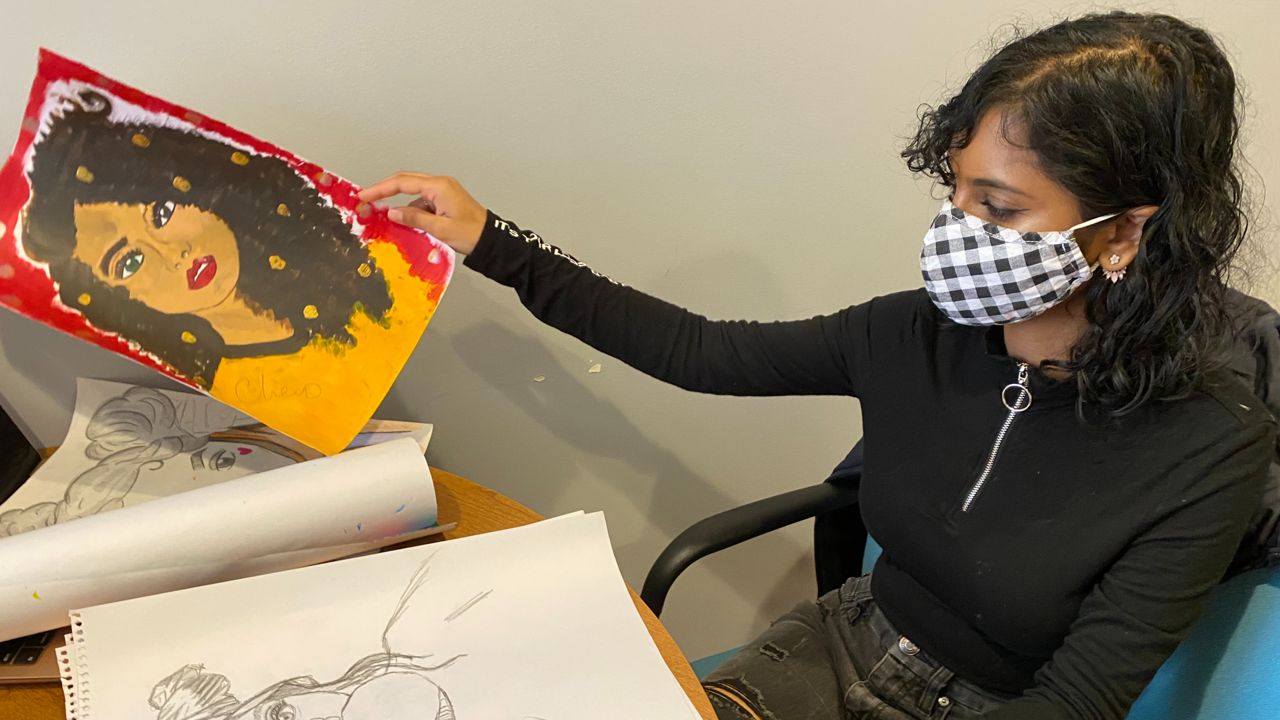 Cheyanne Deopersaud is a freshman at John Jay College. Like so many others, she's doing her work online.


But that campus-less life because of the pandemic is just a small disappointment. The 19-year-old has had much bigger problems. She was neglected and abused, physically and mentally by a family member she doesn't want to identify.

“He beat me, and other members in my family would tell me horrible things,” she said.

At the age of 15, her high school guidance counselor noticed bruises and she was sent into foster care.

She's living with an aunt now and getting support from a woman named Lauren Tucker.

“Just the things that a parent or family member would be there to help these students with,” Tucker said, about the assistance she provides, from friendship and academics to more substantive issues.

“I have also helped a kid when they had legal issues,” she said.

Tucker’s job is to mentor 15 foster kids as part of the Fair Futures program.

“Fair futures works for our young people. It is the most impactful initiative that has, in my opinion, ever come across child welfare,” said Brooke Rosenthal, the vice president of youth development & community programs at HeartShare St. Vincent's Services.

The non-profit organization employs 14 mentors for young people in foster care, funded mostly by the city’s Fair Futures program. More than 3,000 children and teens have been supported through non-profits since its citywide launch last year, but the mayor has no plans to fund it in next year’s budget.

“This would be a huge loss, not only the young people in foster care but to New York City in general," said Rosenthal. "Because we wouldn’t be able to really see the potential of young people as they grow into successful New Yorkers.”

"They have a responsibility to take care of these young people who have no one else to look out for them," said Brooklyn City Councilman Stephen Levin.

He says High School graduation rates rise for kids in the program. Finding $20 million for it is a priority for the Council.

“This will absolutely be coming up again in the executive budget hearing,” said Levin.

The mayor’s office acknowledges Fair Futures is an important program and says it will work with the City Council on funding during the budget process.

It’s an outcome college freshman Deopersaud and her mentor is counting on.

“If I didn’t have my coach, I would probably be very lost because she’s shown me a lot of opportunities that I didn’t know existed,” Deopersaud said.