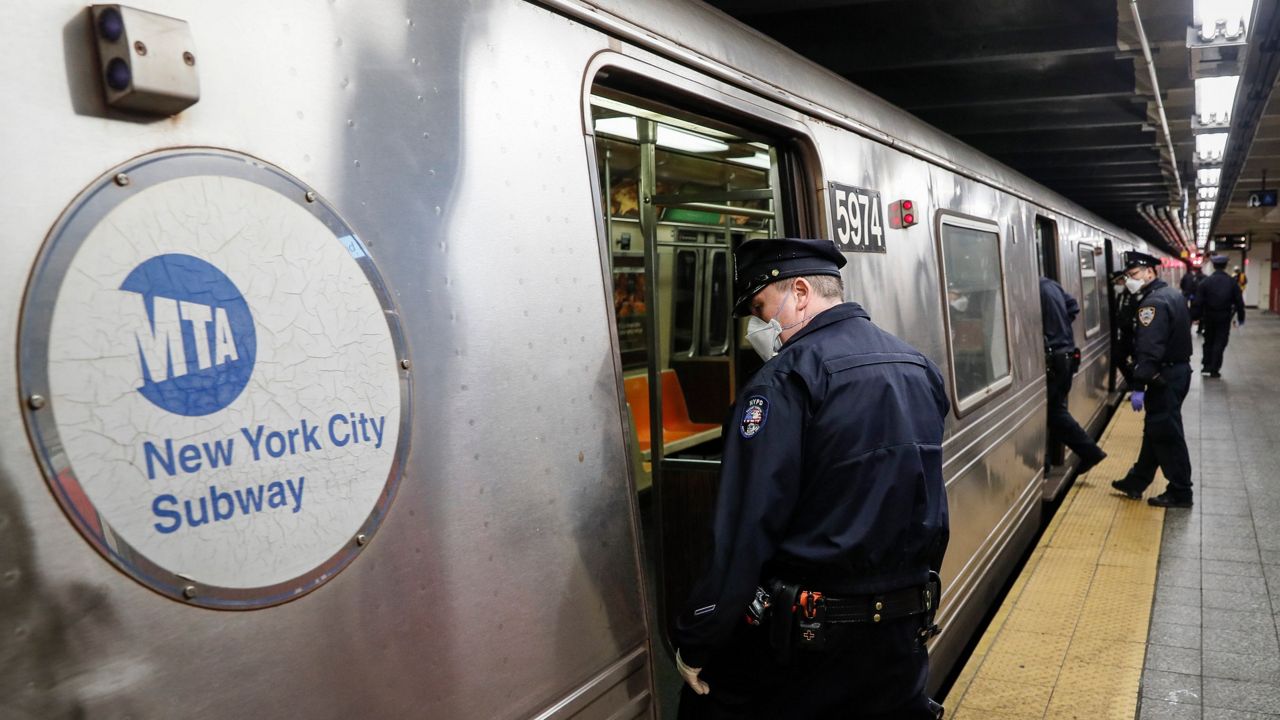 NYPD and MTA officers wake up sleeping passengers and direct them to the exits at the 207th Street A-train station, Thursday, April 30, 2020, in the Manhattan borough of New York. (AP Photo/John Minchillo)

The head of the NYPD Transit Bureau accused MTA leadership at the agency's monthly board meeting Wednesday of "fear-mongering" about crime and safety in the system.

"What will hinder rider confidence is continued fear mongering," NYPD Transit Bureau Chief Kathleen O'Reilly said. "It's a disservice to New Yorkers to advance the narrative that crime is soaring in the subways when it's simply not the case."

The decrease was largely driven by fewer robberies and grand larcenies, like pick pocketing.

There was an increase in felony assaults, and there were three murders in the transit system this year through March.

MTA officials say they're reflecting the concerns of riders who face harassment and other illegal behavior that does not get counted in the major crime report.

Accounting for the steep decline in ridership because of the coronavirus pandemic, MTA leaders say the rate of crime is up.

Still, the MTA chairman, Pat Foye, eager to increase the number of MetroCard swipes in the subway, had a message for riders.

"The subways are safe and they're dramatically safer than they were 10, 20, 30 years ago, in the bad old days," Foye said.