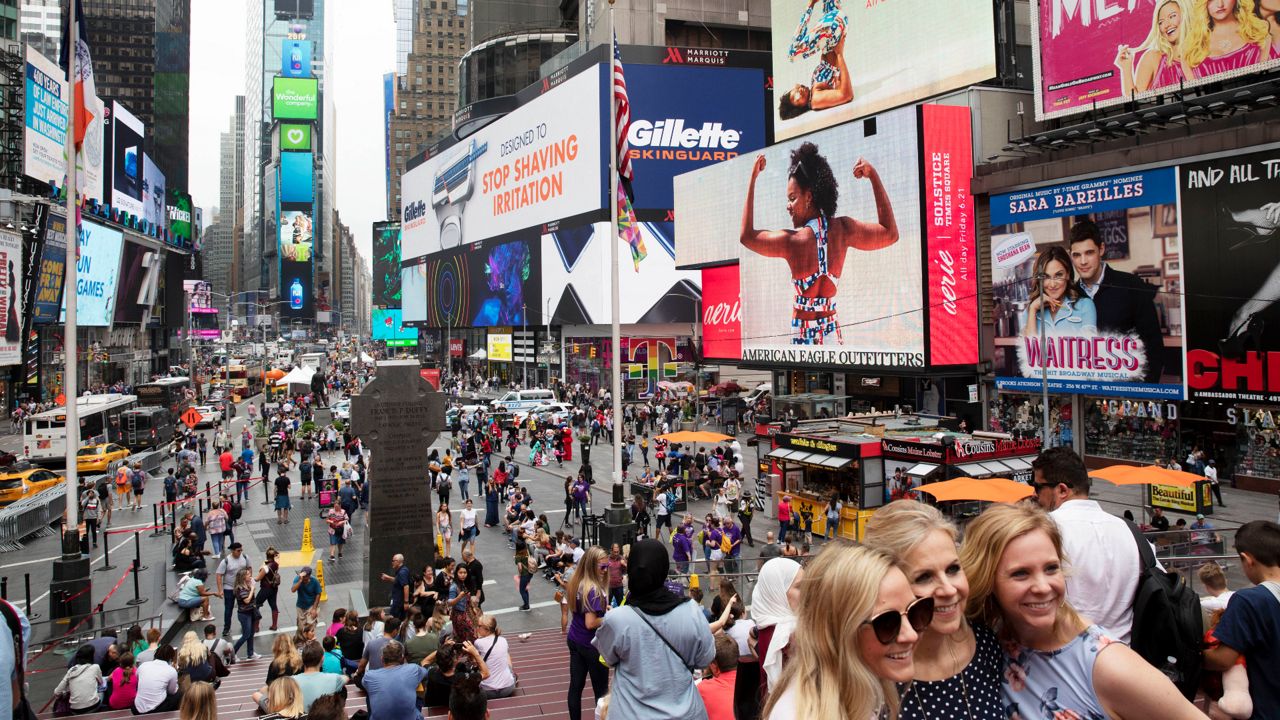 City to spend $30 million on ad campaign to boost tourism

New York City will fund a $30 million advertising campaign aimed at bringing tourism and business travel back to the city to jumpstart its economy, Mayor Bill de Blasio announced at a Wednesday morning press conference.

The campaign will start in June, and will be the most expensive marketing effort in the city’s history, de Blasio said.

De Blasio said that the campaign would tell people that the city is reopening, and that energy and activity are increasing around the boroughs.

“We need to celebrate it, and we need to let people know we're open for business,” de Blasio said. “Come to the city that's been so heroic during this crisis.”

The campaign will focus initially on domestic travelers, who typically make up about 80% of the city’s tourists, according to Fred Dixon, the chief executive of NYC & Company, the city’s official tourism group.

Dixon said that the campaign will include ads on multiple platforms, as well as on social media and working with social media “influencers.”

Tourism is a major economic engine of New York City. In 2019, travel hit an all-time high of 66.6 million individual trips, generating about $47.4 billion in direct spending in the city.

Last year, NYC & Company predicted that tourism would not return to normal in the city until 2025.