Crew Dragon-2 Commander Shane Kimbrough is a veteran of 6 spacewalks and has spent 189 days in space. (NASA)

KENNEDY SPACE CENTER, Fla. — The commander for the Crew-2 mission started preparing for SpaceX launches even before he knew he was going to be riding on Crew Dragon.


Astronaut Shane Kimbrough in 2019 got the refurbished astronaut crew quarters at Kennedy Space Center ready for Bob Behnken and Doug Hurley, the first astronauts to launch from American soil in nearly a decade.

Little did we know then, Kimbrough would not only work on the crew quarters but also stay there before his own SpaceX launch.

"I didn't know at the time I'd have the chance to be flying on the same vehicle they flew on, but now it's even more special," Kimbrough told Spectrum News recently.

Kimbrough, who lived outside Atlanta in his middle- and high-school years and was childhood friends with Julia Roberts, went to West Point and in the Army served in Operation Desert Storm. He has loved flying ever since.

But it was as a child that he first got the idea to become an astronaut.

“My grandparents lived across from the Kennedy Space Center, and I spent a lot of time there,” Kimbrough said, “So I had it in my blood because my grandfather would literally drive me out to see anything that was launching."

The retired Army colonel first launched from Florida in 2008. His second mission to space, on a Soyuz rocket, took off in 2016. He is a veteran of six spacewalks, spending 189 days in space.

Now he's ready to command the SpaceX Crew Dragon, preparing for even more spacewalks at the International Space Station.

Marked our rocket for good luck! This Falcon 9 booster has previously flown in space, which is why there is dirt/soot on the rocket. Can you find each of our initials? #LaunchAmerica pic.twitter.com/z8Mb1vLKp9

"The vehicle is incredibly futuristic,” Kimbrough said. “It's such a change from the Russian Soyuz and the Space Shuttle.”

He'll be the first NASA astronaut to fly on Space Shuttle, Soyuz and SpaceX. 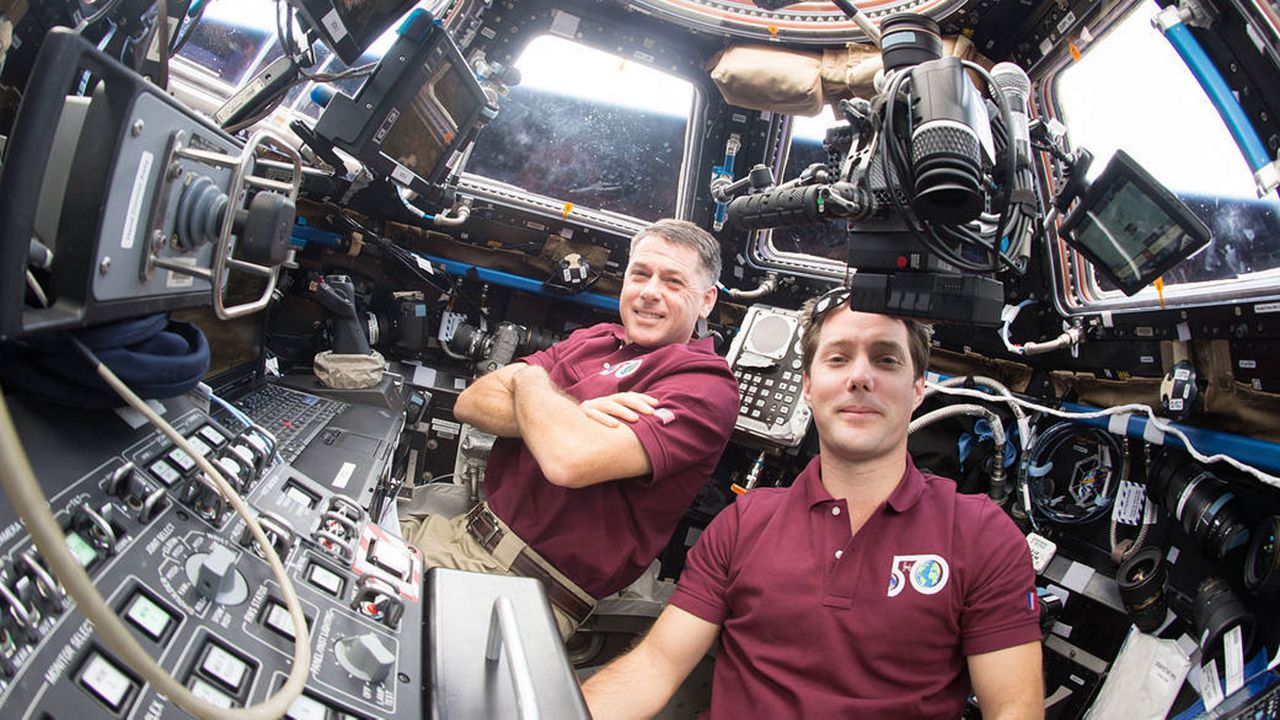 “Very honored to be the first person to do that,” Kimbrough said. “I won't be the last, and that's the exciting part. We'll be flying more in the next decade or so."

In his spare time, Kimbrough and his wife volunteer at their church, and he coaches youth in sports.