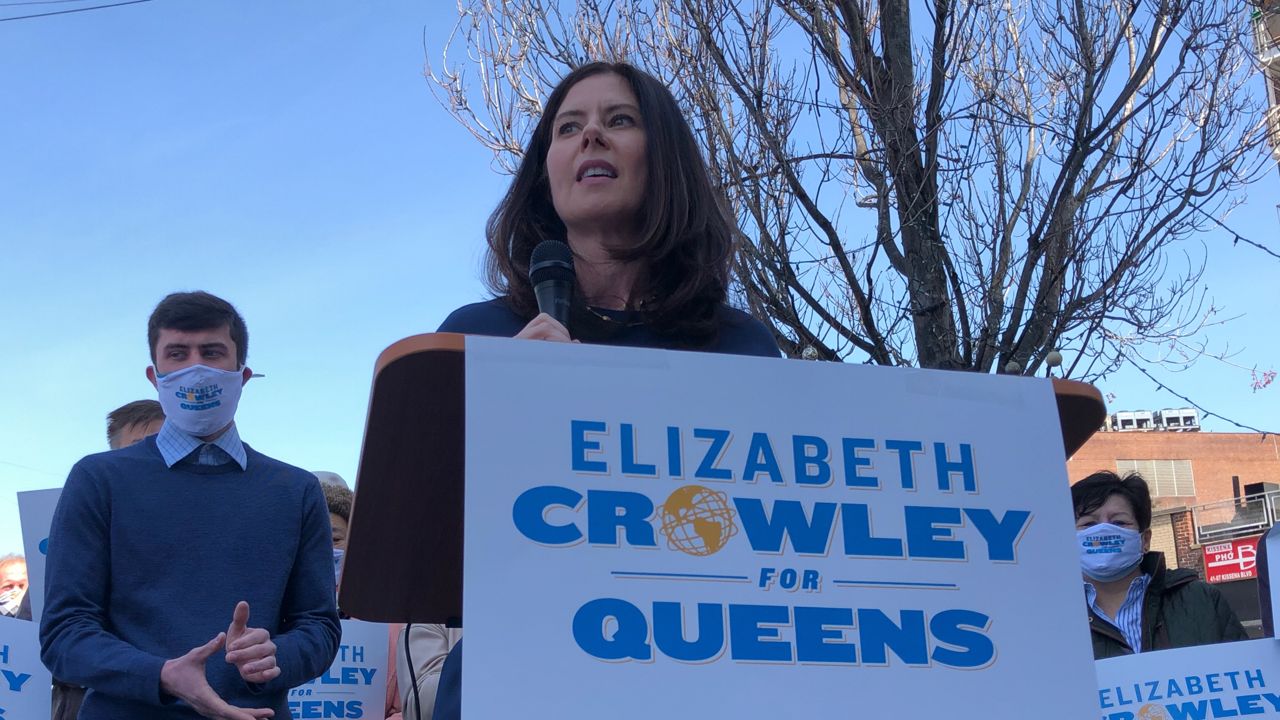 Less than a year after losing a special election for Queens borough president, Elizabeth Crowley is getting a second bite of the apple, seeking to knock off current office holder Donovan Richards.

Her intentions have been clear for weeks, but on Wednesday, she proclaimed them publicly at a campaign kickoff event in Flushing.

"I am proud to stand with you today,” she said before a small crowd of supporters, “and announce my candidacy for Queens borough president."

The race is a rematch against Richards, who beat Crowley by seven percentage points. Richards only won the right to serve through the end of this year, which is the remainder of former borough president Melinda Katz’s term.

Now he's running for a full term in office, and must defend the seat against a group of challengers that also includes City Councilman Jimmy Van Bramer. Van Bramer is running to the left of Richards and has won support from the progressive wing of the party.

Crowley is a moderate, who instead of defunding the police talks about increasing patrol officers. She also supports preserving the city's gifted and talented program, and has a transportation expansion plan that includes free buses.

But Crowley did lose her 2017 re-election bid and a Congressional race in 2012.

And she faces a formidable incumbent in Richards, who's picked up a host of endorsements. Just this week he won the support of the city's largest union, SEIU 1199, the health care workers union.

Crowley also has some union support, but her biggest backer at Wednesday's rollout was Liz Holtzman, a respected former Congresswoman and district attorney — who nonetheless hails from Brooklyn.

"She was a great member of the City Council. She will be a fabulous borough president,” Holtzman said.

"I have a record serving Queens in the New York City Council for nine years, and that record is unmatched,” Crowley said. “And I am ready to fight for Queens families."

Crowley is jumping into the race late and has some catching up to do in terms of fundraising. Both Richards and Van Bramer have already won hundreds of thousands of dollars in city matching funds, with Richards now sitting on about $460,000 total in available money.