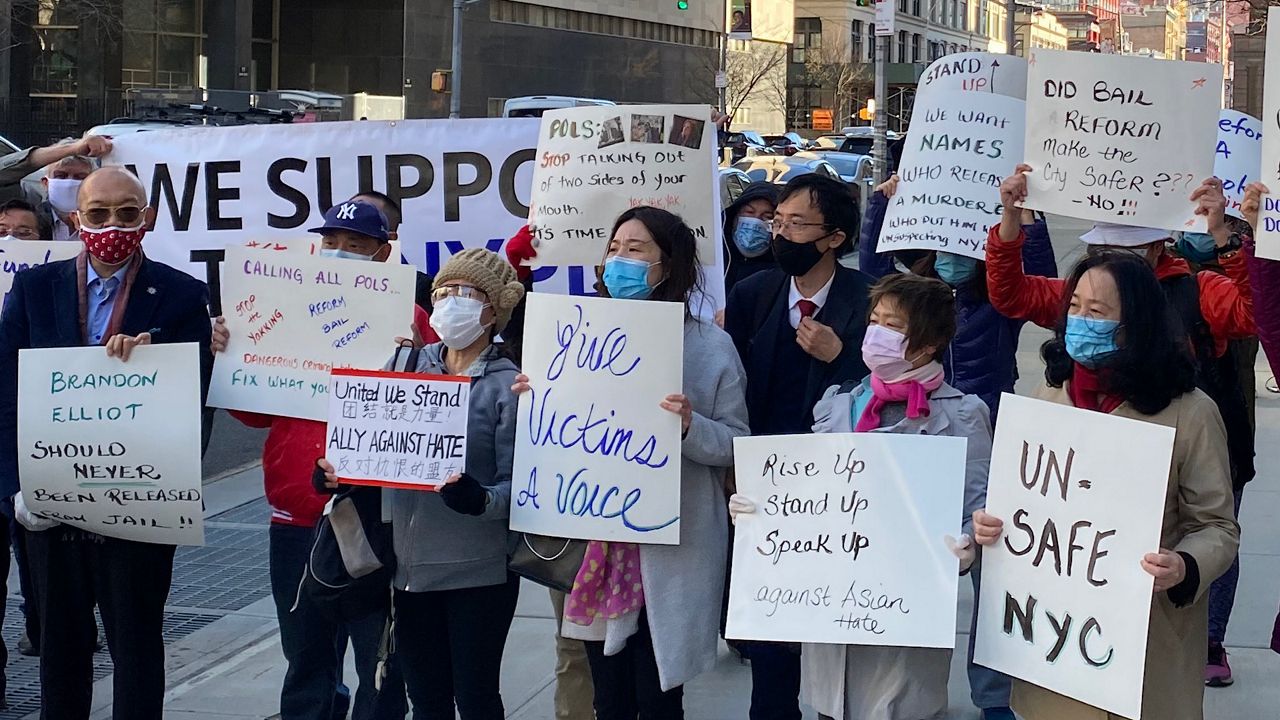 A rally was held Monday morning outside Manhattan Criminal Court denouncing hate and showing support for the NYPD.

It was ahead of a court appearance by the man charged in an unprovoked attack on a 65-year-old Asian woman in Midtown last week.

“We know Asians, elderly people, now being told you cannot walk on the streets, they are scared they are imprisoned by the crime," said Wai Wah Chin, founding president of the New York chapter of the Chinese American Citizen Alliance.

Brandon Elliot, 38, is facing several charges, including felony assault as a hate crime. Police said he told the victim that she "didn’t belong here”

He was convicted of stabbing and killing his mother nearly 20 years ago. Police said he served 17 years in prison for that crime and was paroled in 2019.

That is a concerning fact to these people at the rally.

“This attack would not have happened if he was not released, it makes absolutely no sense that they released somebody who killed his own mother and let him walk free in the streets with little or no follow up or social services," said CACGNY President Phil Wong.

The group, which included some Republicans running for local office like Curtis Sliwa, is calling for more funding for the police, a stance different than other elected officials calling for anti-hate education to be increased.

But as hate crimes increase, some want more action to keep known criminals off the streets.

“Attack on one, attack on all. Don’t pick on us we’ve been an honest hardworking group of people and we deserve to live in peace and safe city," said community activist Bernard Chao.

The NYPD said it has increased its presence in some neighborhoods with a large Asian population including undercover patrols, in hopes of preventing more attacks.