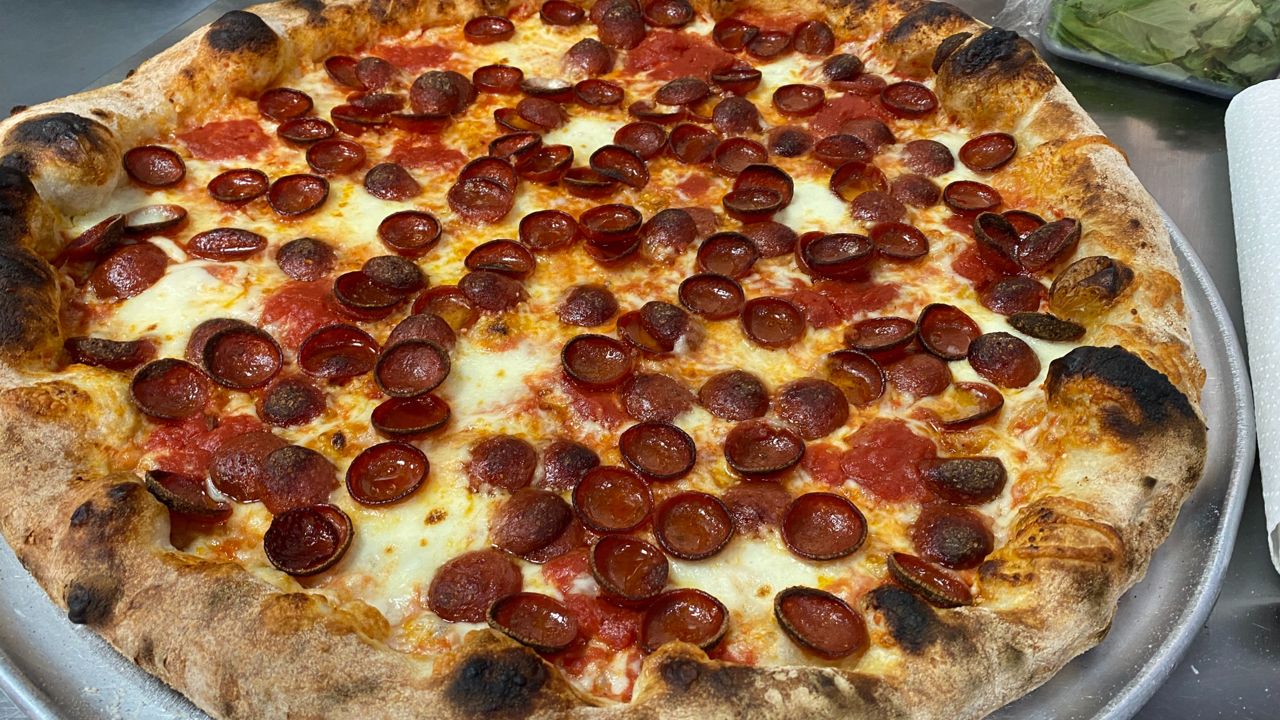 He's opened two Zazzy's Pizza shops in the last year. NY1 visited his shop in the West Village of Manhattan, the other in is located in the East Village. He plans to open a third on the Upper East Side in June.

Gabel owned an international event planning company, but switched to pizza when his business tanked in the pandemic.

He said the smartphone app Slice has been instrumental in helping him launch his new career.

The Slice app is a delivery and tech platform that specializes in pizza restaurants.

Gabel said one aspect of the Slice app that is particularly beneficial to his business is that it is fee based, as opposed to commission based. So if you do decide to order pizza from the app, you may also be helping a small business.

Slice charges a flat fee of $2.25 per order, a completely different financial model than restaurant delivery apps like Grubhub, Doordash and UberEats.

"The other companies charge anywhere from 20-40% and that is really big because your average order on delivery is around $30, so it is a massive price difference," Gabel said.

A Staten Island man, Ilir Sela founded Slice 11 years ago with the needs of mom-and-pop pizza shops in mind after working in his family's pizza restaurants

"We take the approach of being the all-in technology partner for the small business. We believe that small businesses need to be in business for themselves and not by themselves. I know firsthand I have more than 30 family members who own pizza shops. I know they don't have the time to connect all these different solutions," Sela said.

Sela said use of his app has soared during the pandemic, reaching a milestone: a billion dollars in sales through 15,000 pizza shops.

For New Yorkers, the bottom line is simple, if you're hungry for pizza, there's an app for that.