One day after unveiling his sweeping $2 trillion infrastructure and jobs plan, President Joe Biden held his first full Cabinet meeting, and like many other events in the last year, it looked a little different due to the COVID-19 pandemic.

Most notably, the Cabinet did not meet in the eponymous Cabinet Room of the White House – rather, they met in the much more spacious East Room to promote safe social distancing practices. All attendees were required to wear masks. For some members of the Cabinet, it was their first their first time meeting other Cabinet members.

And there were no over-the-top tributes to the chief executive that came to define Cabinet meetings held by President Donald Trump. 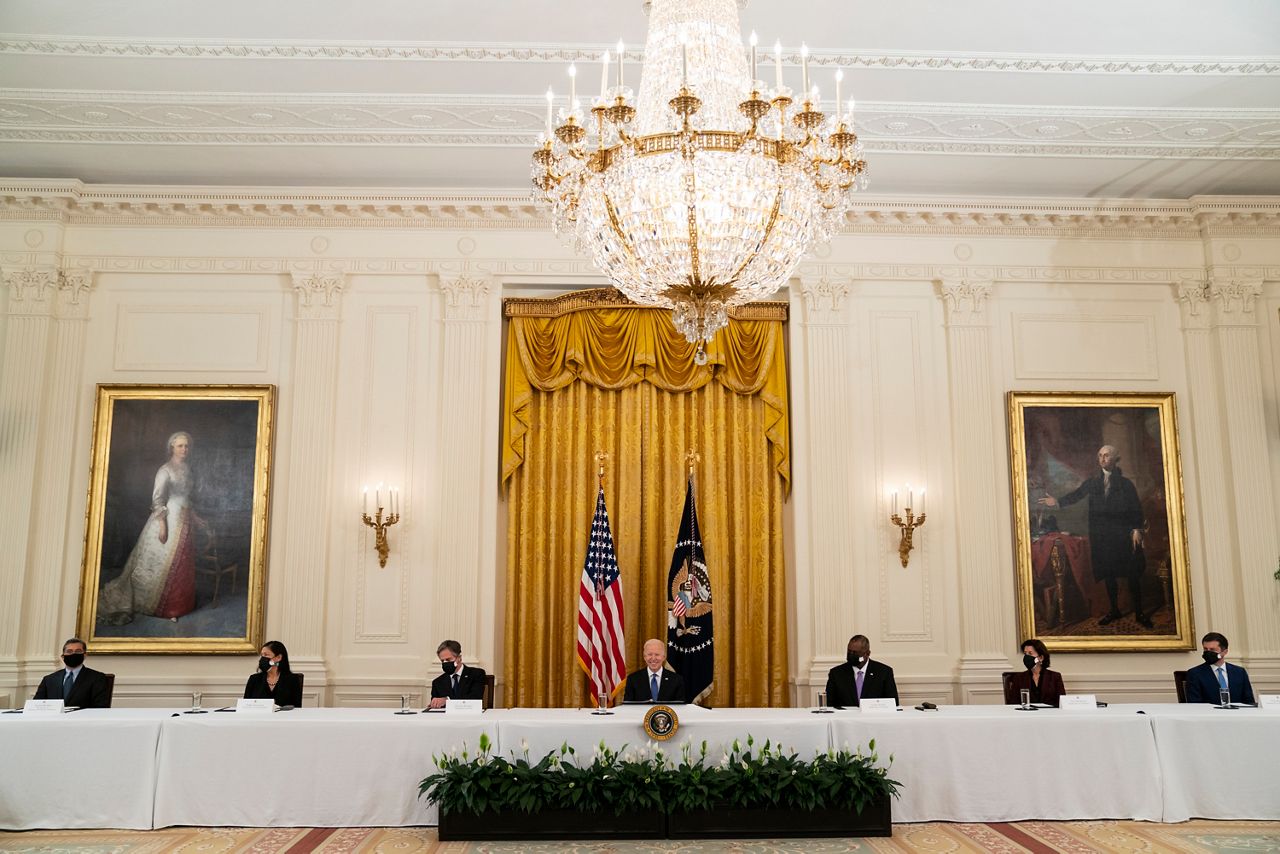 Biden picked the five Cabinet secretaries "to take special responsibility to explain the plan to the American public" and "represent me in dealing with Congress, engage the public in selling the plan, and help work out the details."

The five members, who are all former mayors or governors, could be key in drumming up support for the package both inside and outside Washington, since the plan faces an uphill battle in Congress.

Most Republicans are strongly opposed to raising corporate taxes, which Biden has proposed upping to 28% to pay for the plan over 15 years.

Psaki did not say whether she expects the plan to get enough Republican support in the Senate, but she did say the administration was open to getting parts of the American Jobs Plan passed separately as well as open to negotiations.

“We're very open to members of Congress coming back with different ideas about how we can achieve the objectives outlined,” she said. 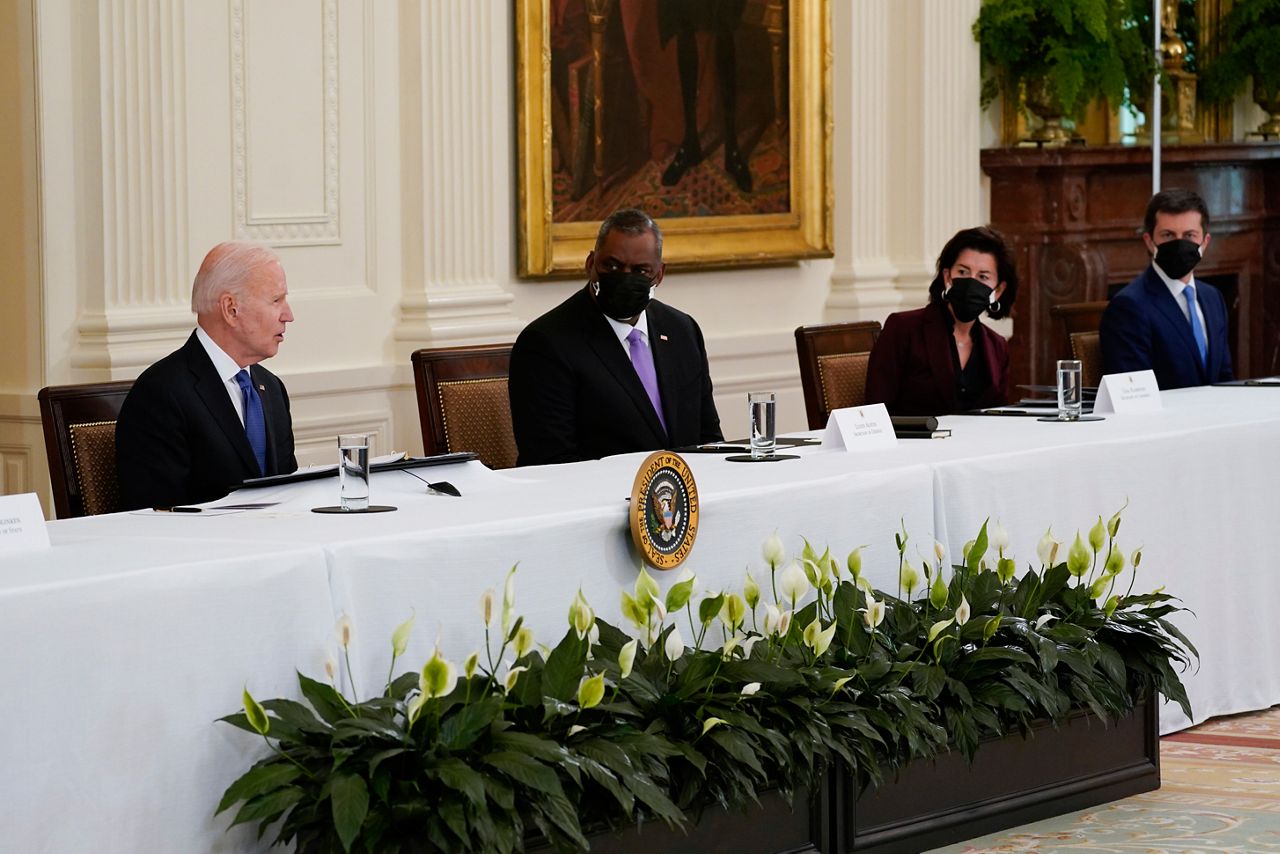 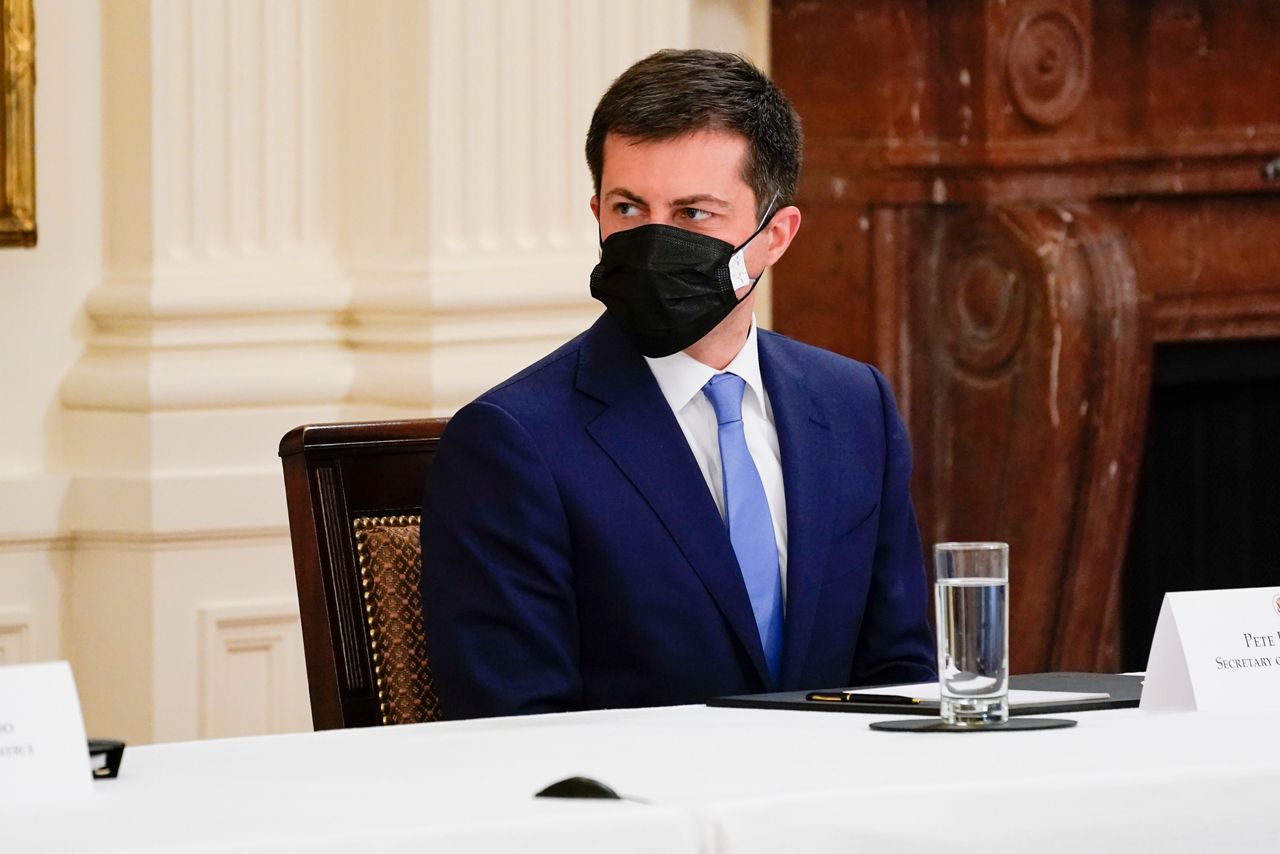 Biden also directed every Cabinet member, "I mean sincerely, every one, to take a hard look at their agency spending and make sure it follows my Buy American standard." 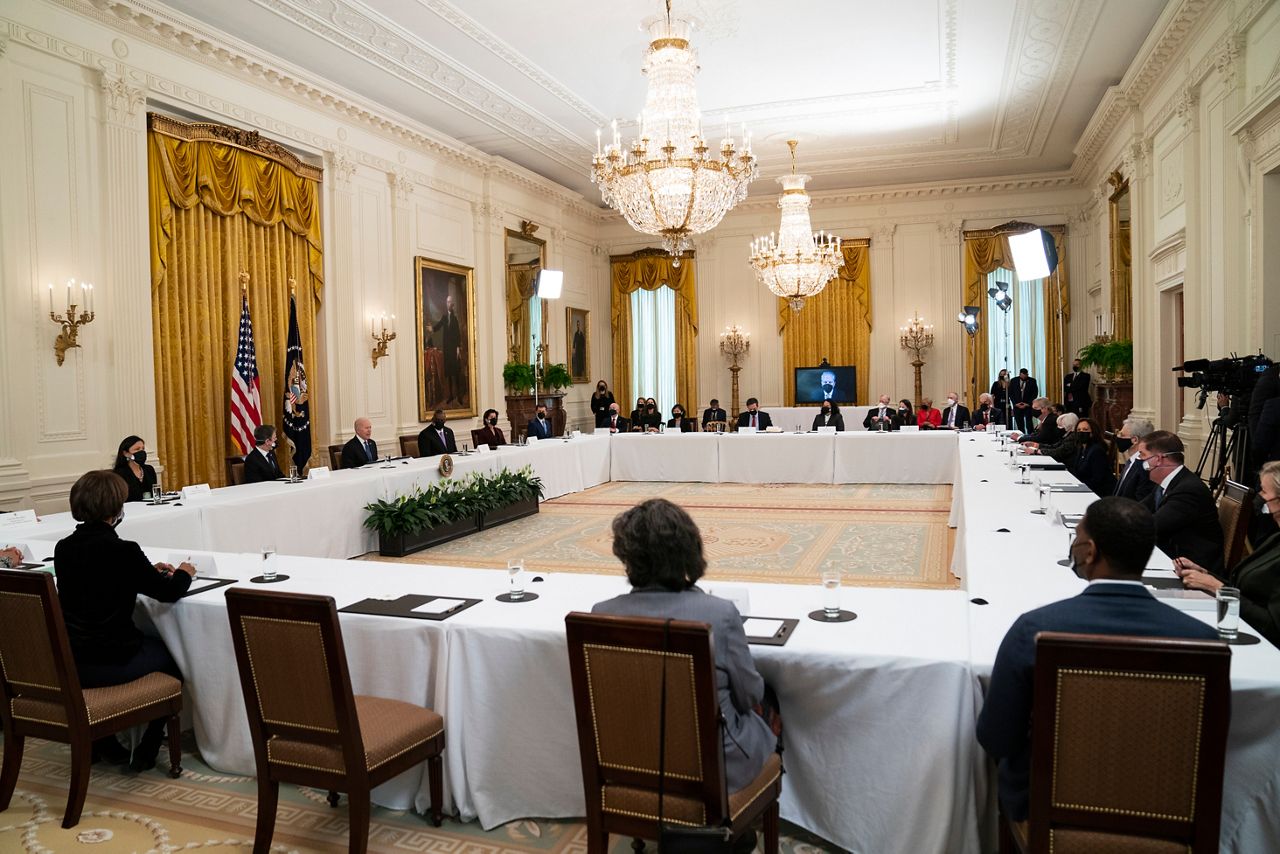 Karine Jean-Pierre, the White House's principal deputy press secretary, said Wednesday that the meeting would serve a dual purpose: Elaborating on "the role cabinet members will play in advocating for the American Jobs Plan" and "working together to continue implementing and communicating about the American Rescue Plan."

The meeting also touched on the COVID-19 pandemic, including how to position Biden's message of Americans getting vaccinated and not let their guard down against the deadly virus.

True to Biden's "whole-of-government" approach, both the American Rescue Plan and the American Jobs Plan are sweeping multi-agency efforts that touch on everything from the economy to energy, transportation to housing, health care to agriculture, making his Cabinet secretaries essential to getting the bills over the finish line and selling their benefits to the American public.

In normal times, scheduling an in-person Cabinet meeting would require weeks, if not months, of planning to block off time in the travel schedules of the various principals. But most have remained in Washington due to the pandemic.

The Cabinet members will soon begin to fan out across the country to pitch both the COVID-19 relief and infrastructure plans, officials said. Because nearly all the members in the presidential line of succession are gathered in one room, special notification is typically given to the House speaker and the Senate president pro tempore to ensure one of them is in a secure location.

His first full Cabinet meeting, held in June 2017, began with Vice President Mike Pence declaring that it was “the greatest privilege of my life to serve as the vice president to the president who is keeping his word to the American people.”

Reince Priebus, the chief of staff, went on to declare, “We thank you for the opportunity to and the blessing to serve your agenda.”