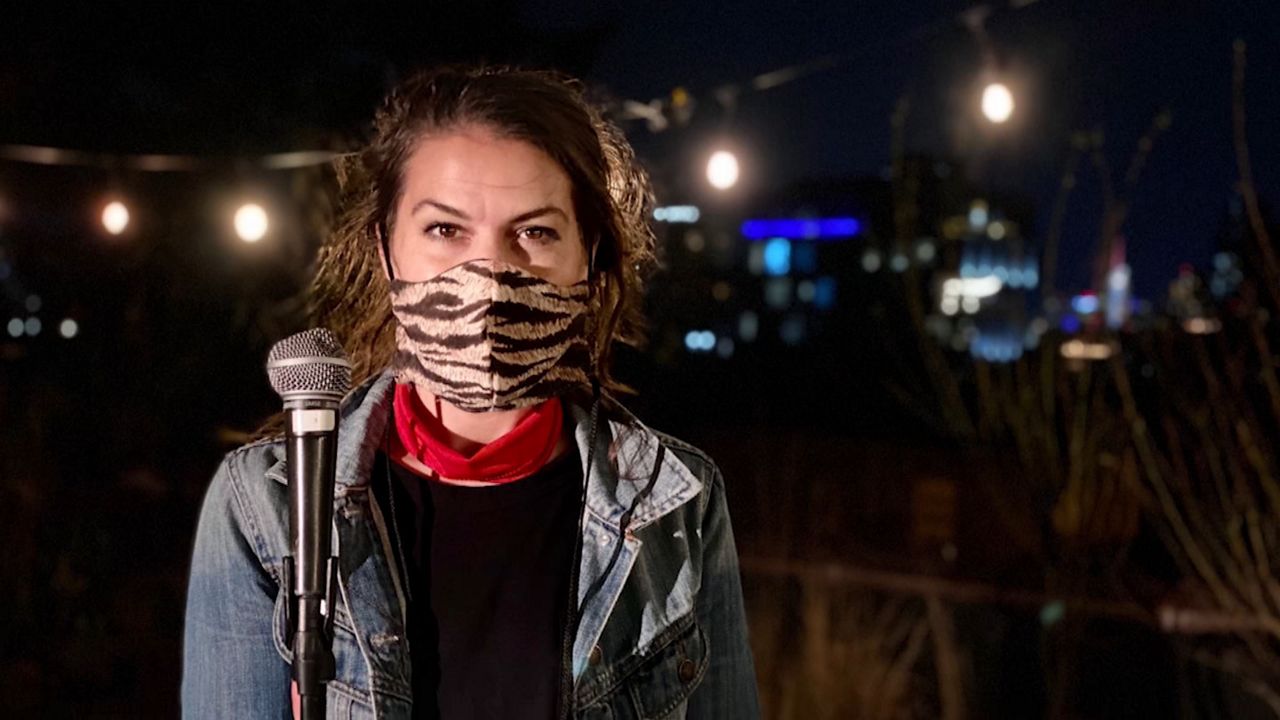 Ashley Austin Morris, a comedian and actress, is one of thousands of arts workers who have lost or will soon lose their health insurance.

So unfortunately, Morris no longer qualifies. She doesn’t blame her union, she’s thankful to them for all of the resources and support they have provided. She blames the pandemic for the lack of work.

There is a light at the end of the tunnel. Thanks to the $1.9 trillion American Recovery Plan, individuals and families who have lost coverage due to termination of employment or a reduction in hours should qualify for continuation of health care via COBRA, with the government covering 100% of premiums starting April 1 through September 30. Various entertainment unions have supported this action.

SAG-AFTRA, a union which represents 160,000 actors, dancers, writers and more have provided information on their website as to who is eligible and more information.

The Equity-League Benefits Fund which provides health, pension and 401(k) benefits to members of the Actors’ Equity Association, said the passage of the act was “fantastic news for our participants who have lost work because of the pandemic and have therefore been unable to qualify for employment-based health insurance coverage through our Fund. 88% of the Equity-League Health Fund is financed by employer contributions. Those employer contributions are generated, in turn, by the work performed by our participants. The sudden and unprecedented cessation of theatre work has therefore drastically affected the Health Fund’s financial position.”

Their enrollment dropped from 6,555 at the end of 2019 to 3,992 as of February 28, 2021. New York State residents accounting for more than 1,000 people no longer enrolled. But the fund remains hopeful, stating: “We expect most people who lost coverage to be eligible to take advantage of the 100% COBRA subsidy in the America Rescue Plan Act and resume their coverage. The American Rescue Plan Act also provides substantially enhanced Affordable Care Act subsidies that will be helpful for those who access coverage through the ACA marketplace, including full subsidies for people who are receiving or are approved to receive unemployment insurance benefits in 2021.”

The Equity-League Benefits Fund also pointed to the information and support offered by The Actors Fund, a national nonprofit organization that serves performing arts and entertainment professionals.

AFM Local 802 President Adam Krauthamer, which is the largest local union of professional musicians in the world, gave the following statement to NY1: "The pandemic caused the worst crisis for professional musicians in our lifetime. Almost all of our members were out of work. Some lost their homes and some left NYC altogether. It couldn't have been worse. Nonetheless, we feel hope is on the horizon and that recovery is possible. Since musicians were out of work, they didn't receive monetary contributions into their union healthcare plan from a majority of employers. As a result, a large percentage of our musicians lost their coverage. The American Recovery Plan will allow many of our musicians to remain on the union health plan. It was an incredible response by President Biden and his Democratic allies who know that working people must be healthy in order to help society recover. This includes working musicians. We're grateful to the entire labor movement who made healthcare relief a reality of the American Recovery Plan."

While Morris considers her options, she’s been getting support through other means. Stand Up New York Comedy Club Co-Owner Dani Zoldan has been leading the charge over the last year to keep comedians working through a variety of different outdoor venues, even staging shows on the subway.

“This industry is so important to the city. I mean tourists come here to go to Broadway and off-Broadway and comedy clubs and music venues. So I can’t understand at all why our issues haven’t been addressed,” said Zoldan.

Zoldan even has a pending lawsuit against Governor Andrew Cuomo, suing for the ability to reopen comedy clubs, arguing they are similar to restaurants and can take the same safety precautions. Despite the government announcing that venues are allowed to open at 33% capacity starting April 2, Zoldan is keeping the suit for the time being, in case the governor decides to roll back the guidelines. The Governor’s Office has not responded to our request for comment.

Zoldan has partnered with Yosef Hershkop, Regional Manager of Kāmin Health Urgent Care Centers located across the city, to provide free health care visits to working comedians, regardless of insurance.

“If you’re someone in need, I’m not going let a piece of paper get in between the way of helping you if I have the ability to help you,” said Hershkop.

Hershkop estimates they have helped a couple dozen of comedians so far. Hershkop said any sort of care they can provide onsite like a sprained ankle, sore throat relief or COVID-19 test, for example, Kāmin Health will cover completely. Anything they need to send out to the lab, the patient becomes responsible for, but it is made very clear to the patient ahead of time. Zoldan has even connected eligible comedians with Kāmin Health for COVID-19 vaccine appointments.

Hershkop put out the call to other New York industries that were hurting and interested in a similar program. He said he can be reached at yosef@kaminhealth.com and is always open to discussing possibilities.

Meanwhile, Morris has been thankful for the support during this time and feels like her industry is finally being seen.

“We’re real people and we get sick and we don’t have a big safety net. The fact that they’ve given us a place and provided outlets to continue to do shows and the fact that we are able to go get some help for issues that we might have medically is amazing.”

For more information head to StandUpNY.com.