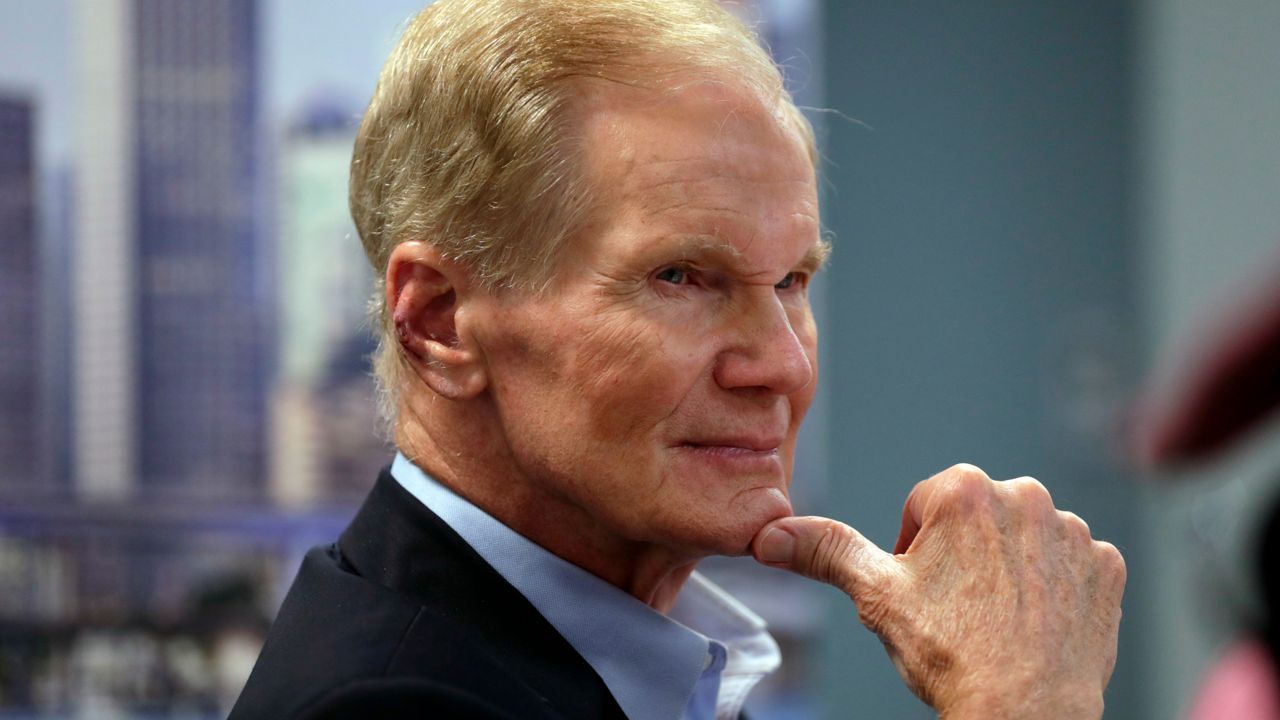 In this file photo from August 6, 2018, Sen. Bill Nelson listens during a roundtable discussion with education leaders from South Florida at the United Teachers of Dade headquarters in Miami. (Lynne Sladky/AP file)

The NASA administrator is the highest ranking post in the space agency, serving as the senior science adviser to the president who also leads the country's space exploration efforts.

Nelson's background in space and politics had already placed him on a shortlist for the position.

"I think former Sen. Nelson would be an inspired choice," said Dr. Robert Taylor, a professor of history at the Florida Institute of Technology in Melbourne, which is along the state's Space Coast​.

Taylor cited Nelson's extensive experience in Washington, his lengthy record of space legislation, "and three, he's actually been in space," he said.

Nelson's career spans almost five decades as an attorney, state lawmaker, congressman from Florida, and U.S. senator. He was born in Miami, but grew up in Melbourne, which is near what's now called Patrick Space Force Base and just south of Cape Canaveral and Kennedy Space Center.

Nelson had an unsuccessful bid for Florida's governor in 1990, but a decade later he was elected to the U.S. Senate seat, serving from 2001 to 2019.

He's also a former astronaut, flying as a payload specialist on space shuttle Columbia in 1986. He spent six days in space, making him the second sitting congressmember to head there.

In the Senate, he was the ranking Democrat on the subcommittee that oversaw the space program and chaired that subcommittee when Democrats had majority control.

Nelson used his time in Congress to be a staunch defender of the space program, fighting to extend the life of the International Space Station and preserve funding for space programs, even if it meant at times he didn't agree with a Democratic administration.

Thank you @JimBridenstine. I look forward to working with you and @NASA to once again send Americans to explore the heavens. https://t.co/JYMN1xnqSh

Nelson lobbied strongly for former NASA administrator Charles Bolden's appointment during the Obama administration, to the exclusion of other candidates.

Lori Garver, a former deputy NASA administrator under Obama, was critical of Nelson's reported nomination Thursday because of those actions.

"His legacy is the monster rocket & in some ways it is poetic justice that it will be his cross to bear," Garver tweeted. "I'm sure he'll support what's in place - Artemis, commercial crew, SLS, Orion, science, earth etc. Luckily, lots of good stuff is in the hopper."

In 2017, Nelson tried to block President Trump's nominee for NASA administrator, Jim Bridenstine, saying Bridenstine did not have enough experience to be in charge of the agency.

In 2019, Nelson was picked to join NASA's advisory council as a member at-large. Bridenstine congratulated Nelson for the appointment.

“He is a true champion for human spaceflight and will add tremendous value as we go to the moon and on to Mars,” Bridenstine said.

That experience, and his Space Coast roots, has reportedly put him at the head of the line for the NASA administrator nomination.

"He's been a staunch, true friend of the Kennedy Space Center, so I would see that wouldn't change should he be offered this position and confirmed by the Senate," Taylor, the Florida Tech professor, said.

In January 1986, then-Rep. Bill Nelson of Florida spent several days in space aboard shuttle Columbia during the STS-61-C mission. He served as a payload specialist. Here are some pictures of the training and mission, all courtesy of NASA.