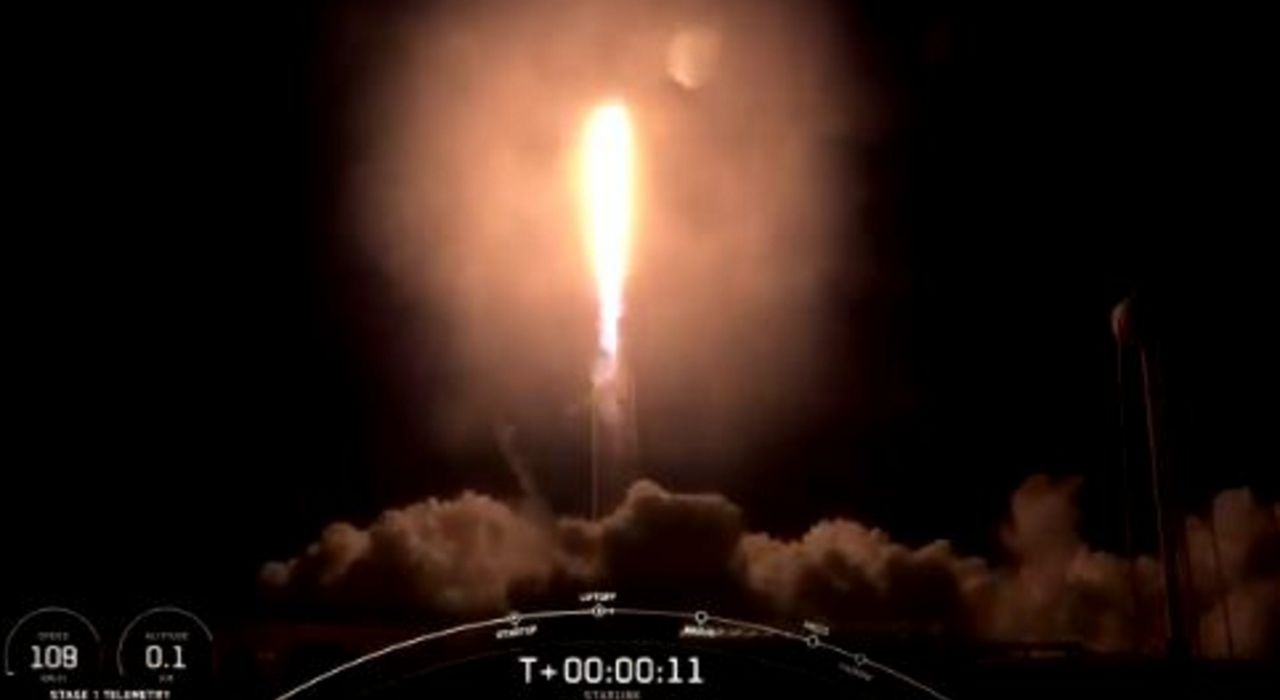 The launch, from Launch Pad 39A at NASA's Kennedy Space Center, was the eighth SpaceX launch so far this year.

The Falcon 9 put another 60 Starlink satellites into space and their deployment was confirmed. The satellites are designed to provide wireless internet service to areas where it is not currently available. SpaceX seeks to put up 1,440 satellites.

The first and second stages were successfully separated just a couple minutes into flight, and the first stage landed on the drone ship Of Course I Still Love You within 10 minutes after the launch.

The launch marked a record ninth successful launch and return to Earth for the first stage.