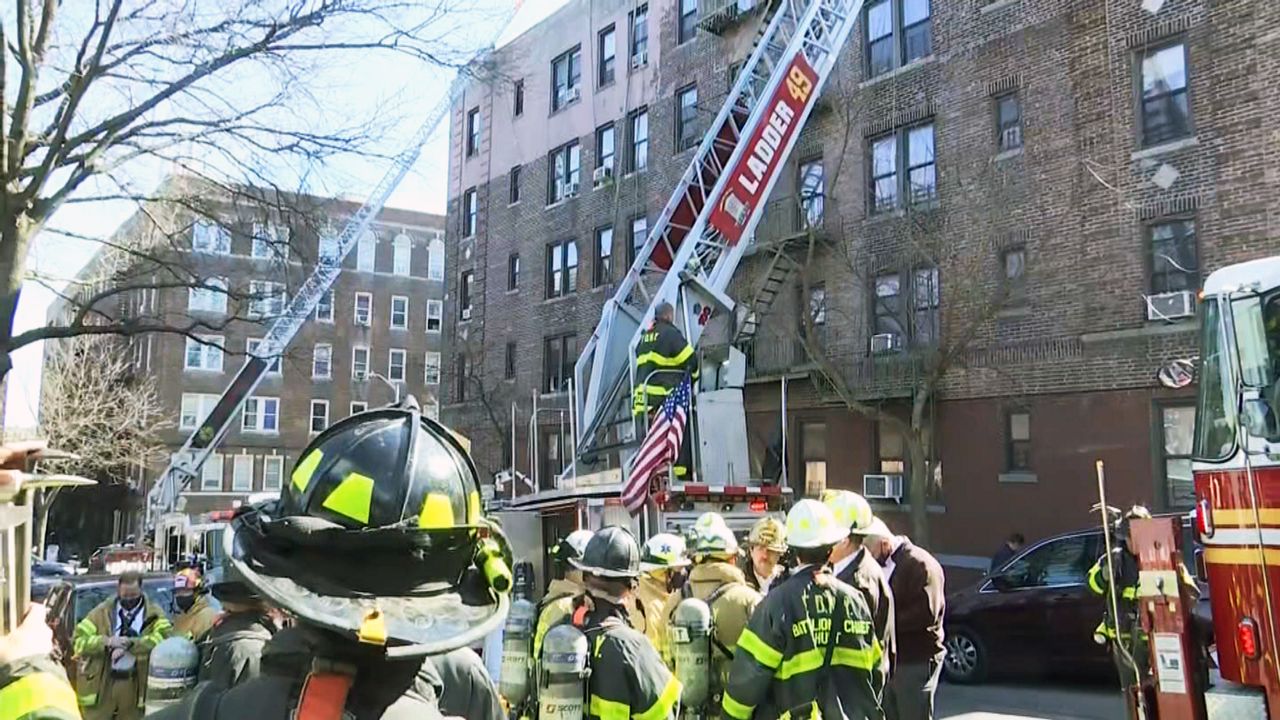 
They arrived in less than four minutes and immediately began to evacuate residents from the apartment building and fight what had quickly become a three-alarm blaze.

While all the activity outside the building and huge plumes of black smoke had caught the attention of people in the neighborhood, the fire itself caught residents in the building off guard.

Fire officials believe the flames started on the fourth floor but spread to the floor above.

That’s where crews would discover one resident who was beyond help, a 52-year-old man. Several firefighters were also hurt during the operation.

“We found one fatality up on the fifth floor of the building. We had five firefighters with minor injuries, all taken to area hospitals,” said FDNY Deputy Assistant Chief John Sarracco.

As the news sinks in for some, for others it is compounded by another tragedy at the same apartment building in 2013.

She said the mother of the children was using candles to heat their home, after her utilities had been shut off for non-payment.

“Her and her children were trapped and she tried to run out with her children. She had five children at the time and she lost three of her children in the fire. I’ll never forget it,” said Gibson.

Three apartments on the first floor are still uninhabitable after the 2013 fire.

Officials with the Department of Buildings said that they were not asked to respond to Tuesday’s blaze.

The FDNY is investigating what caused the latest fire.