Pandemic Hit is Permanent for Many Small Businesses in Brooklyn

BROOKLYN, N.Y. — Morris Homapour is a salesman. It’s what he loves. It’s who he is, but now these big sales will be his last.

"Just horrible," he said about permanently shutting the doors to his Flatbush Avenue store, High Image Fashion, for good.

He blames the pandemic, completely.

"There’s no no foot traffic in the streets period, there’s no office workers around here anymore. There’s no tourism. There’s no churches, nothing, nothing for us to stay in the business," he said.

Homapour’s been in business for three decades, selling dresses for holidays and celebrations.

"We lost Mothers Day. We lost Easter. We lost graduation, prom, weddings,” he said, listing what he missed because, like other essential businesses, he had to close for the pandemic.

He had stocked up last February for the busy spring season, then closed in March for five and half months. Now, he's left with boxes of clothes, nearly $200,000 in debts and bills still coming in.

"I just want to stop losing money. That’s why I want to close as soon as possible,” Homapour told NY1 as he waited on customers shopping in his going out of business sale.

“Sometimes I wake up in the middle of the night, until morning,” he said.

Homapour's financial struggles are similar to those felt by small business owners across Brooklyn and the city. 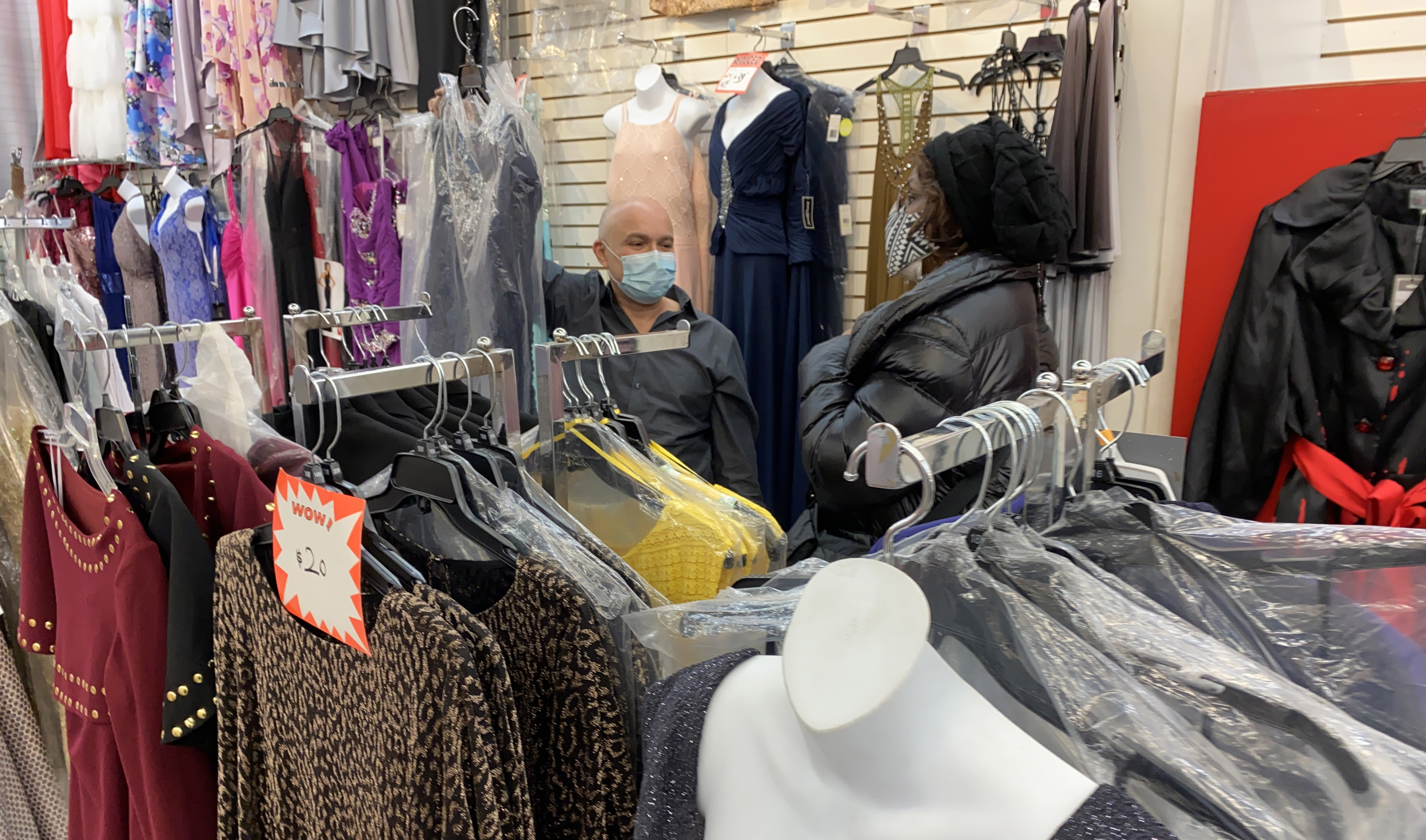 The Brooklyn Chamber of Commerce says at least one of every five small businesses along commercial corridors in the borough has closed for good because of the pandemic. But in some areas it’s as many as one in three.

“It’s been a roller coaster. We’re approaching one year of having the economy shut down," said Brooklyn Chamber of Commerce President and CEO Randy Peers.

He believes stores that can survive the winter will have a fighting chance, as long as vaccine distribution expands and more federal aid is approved.

"And we can get that federal money flowing. I think the worst is over and I think we can start to rebound,” he said.

For Morris Homapour, it’s too late for his business. He has three grown kids and a wife who he’s thankful works.

Now he has to figure out where to go from here. At 53, he’s starting over from scratch.

"I have no idea what to do as a salesperson because I lost everything here already," he added.