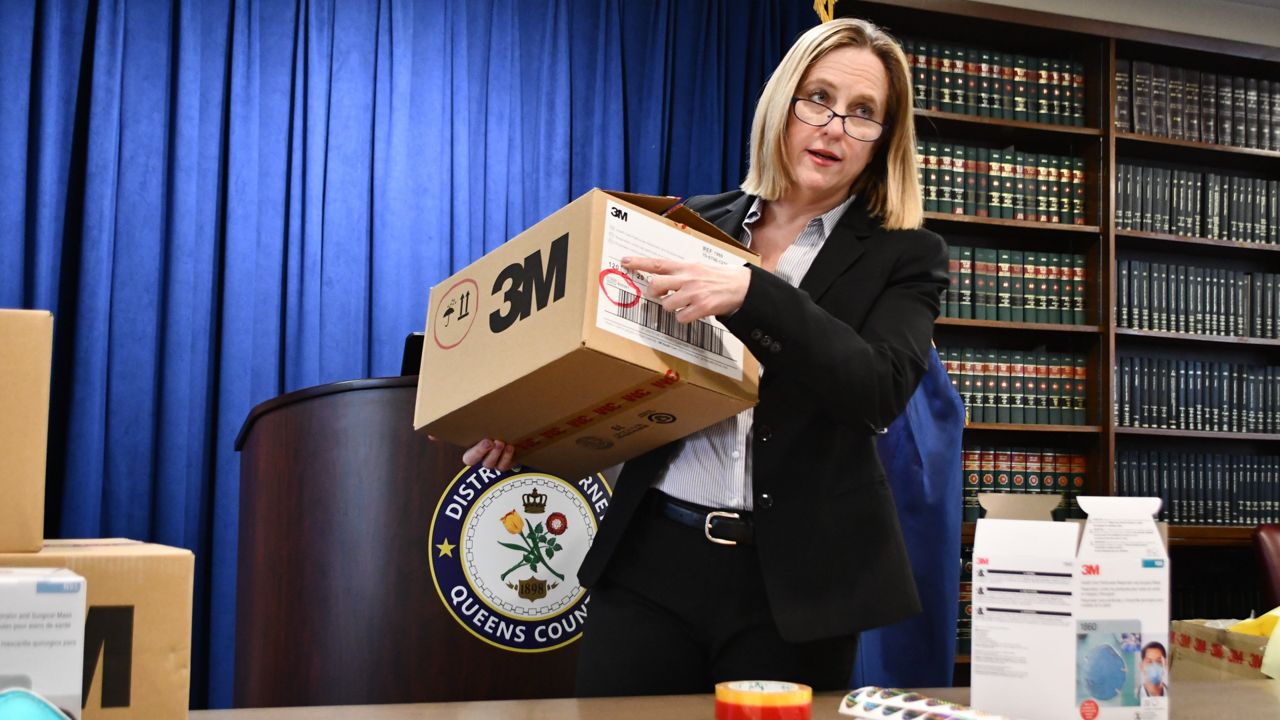 When it comes to face coverings, N95 masks are considered the gold standard in the fight against COVID-19, but that’s only when the mask is a real N95.

Now, a warehouse manager from Brooklyn, Zhi Zang of Dyker Heights, is facing charges of trademark counterfeiting after more than one million counterfeit masks were seized in Queens, with more arrests possible as the investigation continues.

"The lot number is fraudulent on here,” Katz said, adding the mask in her hand was one of more than 1.7 million counterfeit N95 masks that were seized this month at a packing warehouse in Long Island City.

“We want the public to be vigilant as well as health care agencies,” Katz said.

The Queens District Attorney says the bogus N95 masks seized in Queens were meant to fool customers into believing they were buying an authentic product from 3M.

The company has issued a statement to NY1, saying it is working with law enforcement and customs agencies to prevent the sale and manufacture of counterfeit respirators.

“Just so the public knows," Katz explained, "3M has on their website the bar codes and lot numbers that are legitimate, so that you can tell when you buy them if there is a problem with the order that you have purchased."

Additionally, the Centers for Disease Control and Protection warns if an N95 mask has no markings on it, if it doesn’t include an approval number that can be verified on the CDC’s website, or if it includes decorative add-ons, such as sequins, or features ear loops, instead of headbands, it could be counterfeit.

The Queens DA’s office says it’s aware of one health care system in the south that had been using masks from the warehouse, after paying more than $700,000 for the counterfeit products.

But it is not yet clear if any fake masks were sold or distributed to front line health care workers in New York City.