It's a heartbreaking sight for staffers of The Salvation Army Harlem Temple Corps Community Center: the charred ruins of three of their vehicles, including their mobile canteen.

"We were shocked," said Salvation Army captain Chaka Watch. "We could not believe it."

Watch said someone vandalized the gate to their parking lot, broke into the custom emergency disaster services truck that they use as a mobile kitchen, and used one of its burners to set a nearby car on fire. 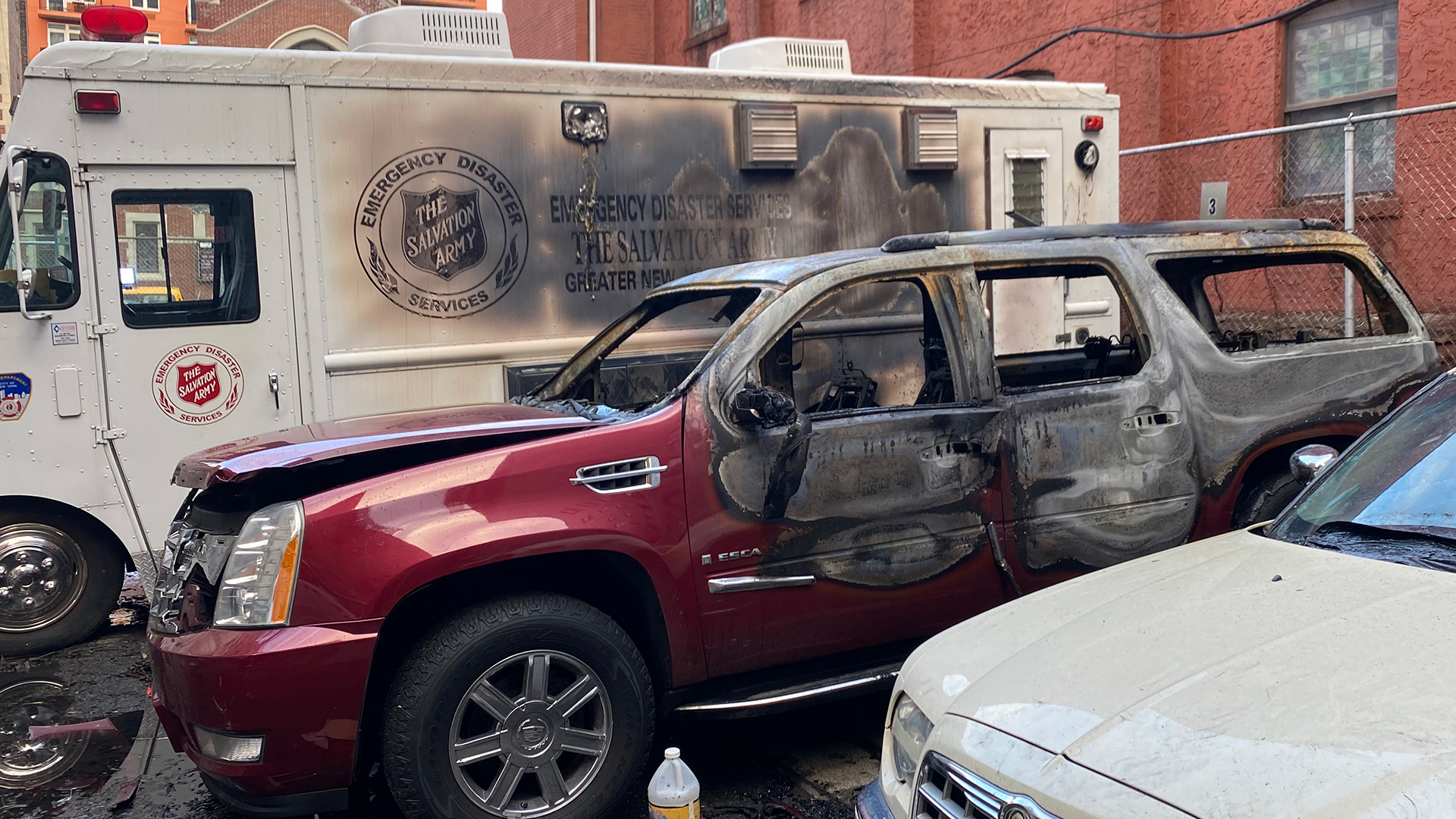 The flames destroyed the equipment workers were using to prepare meals for the center soup kitchen while its building underwent renovations.

"It has affected a lot of people because now, we cannot feed people. We cannot do the things that we need to do with the truck," Watch said. "We feed about 300 people a day. If this truck is needed elsewhere in New York City, it's not going to happen."

The Salvation Army is now trying to raise the $250,000 they say it will take to replace it, but Watch said the timing couldn't be worse, coming right after the Christmas holiday.

"Because of the pandemic we didn't even raise a lot of money, you know, we didn't even have the workers, and now, we are in another situation," Watch said.

He's praying that the community that they've served for so long rallies to their need so that they can continue serving those who need them most.