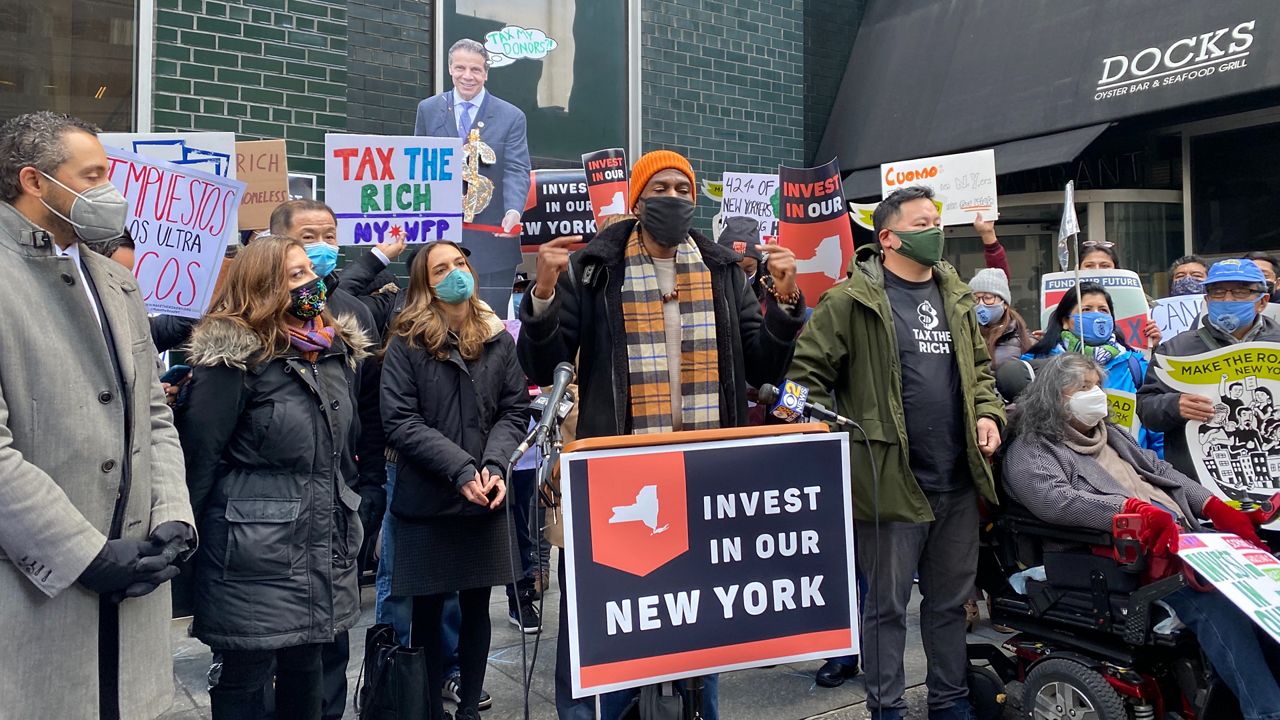 Facing a multi-billion budget deficit brought on by the pandemic, a coalition of Democrats and their progressive allies say the solution is higher taxes on the wealthy.

At a rally outside Governor Cuomo’s manhattan office, groups urged Cuomo and the legislature to tax the rich immediately, and not wait for a Washington bailout.

“Yes, we need federal government help. I will give you that. But even that alone won’t save this city’s new state,” said Public Advocate Jumaane Williams. “What [you] have to do as governor is use all of the tools that are available to you. You have not done that.”

In a 35-page report titled, “invest in our New York, plan to fund our future,” advocates made their case that the wealthy are not paying their fair share, and need to step up now.

The report lays out recommendations on legislation that can be effective in taxing the wealthy. Six bills are being pushed, including a stock transfer tax, which would tax those trading in the stock market. A similar tax already exists in London.

“In the case of Britain, that’s a national tax. It’s not a tax just collected in London,” explained EJ McMahon of Empire Center. “Every stock transfer in the country. So, basically the argument that the tax wouldn’t make much difference based on the experience of other countries is an apples to oranges comparison. That’s an argument for having a stock transfer tax at the federal level.”

The report also calls for a progressive income tax, a capital gains tax, an inheritance tax, a corporate tax, and a tax on accumulated wealth, which would require a constitutional amendment, something that could not be approved for at least three years.

New York State can only tax income and tangible assets such as land.

In making the case for raising taxes, the report also compares New York State to Canada, which has a similarly sized GDP.

The report finds that, “Canada is a relevant peer for New York given the size of their populations (30 million in New York vs. 38 million in Canada).”

New York’s population is actually closer to 19 million people, not 30.

For several years now, Cuomo has been cutting business and corporate taxes, something he has been quick to point out when criticized for high taxation.

He is now on board with raising taxes, he says, but not before he tries again to get an aid package from Washington with Biden coming in as president.